The Venture Bros. is BACK (Finally!), Season Six Premieres This Month 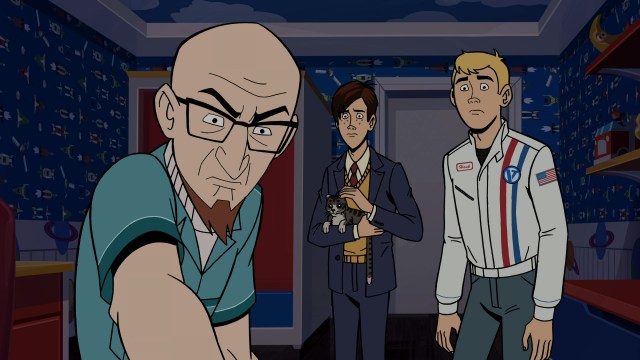 The Venture Bros. Do you even still remember that show? I know I almost forgot that hilarity and weirdness even existed, because it’s been SO LONG since the end of Season Five. Well, get ready because the Venture Brothers (and their mad scientist dad, Dr. Venture) are back for the highly-anticipated-for-so-long-that-we-actually-forgot-about-it-for-a-bit-there-but-now-that-it’s-actually-happening-we’re-totally-highly-anticipating-it-again Season Six!

The wacky, animated love-child of Jackson Publick and Doc Hammer is coming at the end of the month, but before I share the trailer for Season Six with you, you might need some brushing up. Thankfully, there are handy-dandy video recaps of everything you need to know about The Venture Bros. Here’s the recap for Seasons 1-4:

For those of you who really only want to brush up on the most recent season, here’s the recap for Season Five, which aired in 2013. Yup, it has been that long:

And now, here’s the latest info on The Venture Bros. Season Six. First, the official description:

Location, Location, Location! Perfectly situated in the heart of New York City, season 6 of The Venture Bros. is a billionaire’s dream come true, offering the discerning buyer top-of-the-line drama and panoramic danger in every direction. Super-scientists, bring your loofah! Relax and unwind from a long day in the lab in your luxurious, spa-like, master bath, where floor-to-ceiling windows offer spectacular views of approaching enemies from every direction. This eight episode, 3 BR, 2 BA stunner comes with its own dedicated robot, plus servants’ quarters for live-in bodyguard.

Created and directed by Jackson Publick, and written and executive produced by Publick and Doc Hammer, The Venture Bros. season 6 is being produced by Titmouse, Inc.

And….that sort of tells us nothing. Maybe the Season Six trailer (which some of you may have seen at NYCC) will tell us a little more:

Well, now we know that Dr. Venture has come into more money (uh-oh. I don’t necessarily like him with resources…), Dean’s off to college, Nathan Fillion seems to be doing the voice of Fake Spider-Man, and the show seems as off-its-rocker as ever. But we all know the real reason to be excited about more Venture Bros., right? 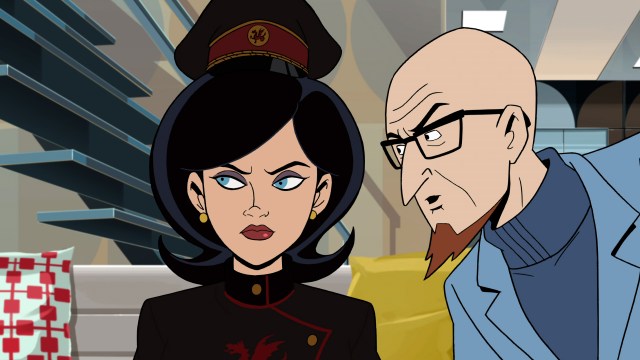 WE LOVE YOU DR. MRS. THE MONARCH!

The Venture Bros. returns to Adult Swim on Cartoon Network January 31st at Midnight ET/PT. Will you be watching?