Vatican Chooses Dogma Over Progress, Saying They Will Not Bless Same-Sex Unions, God Does Not “Bless Sin” 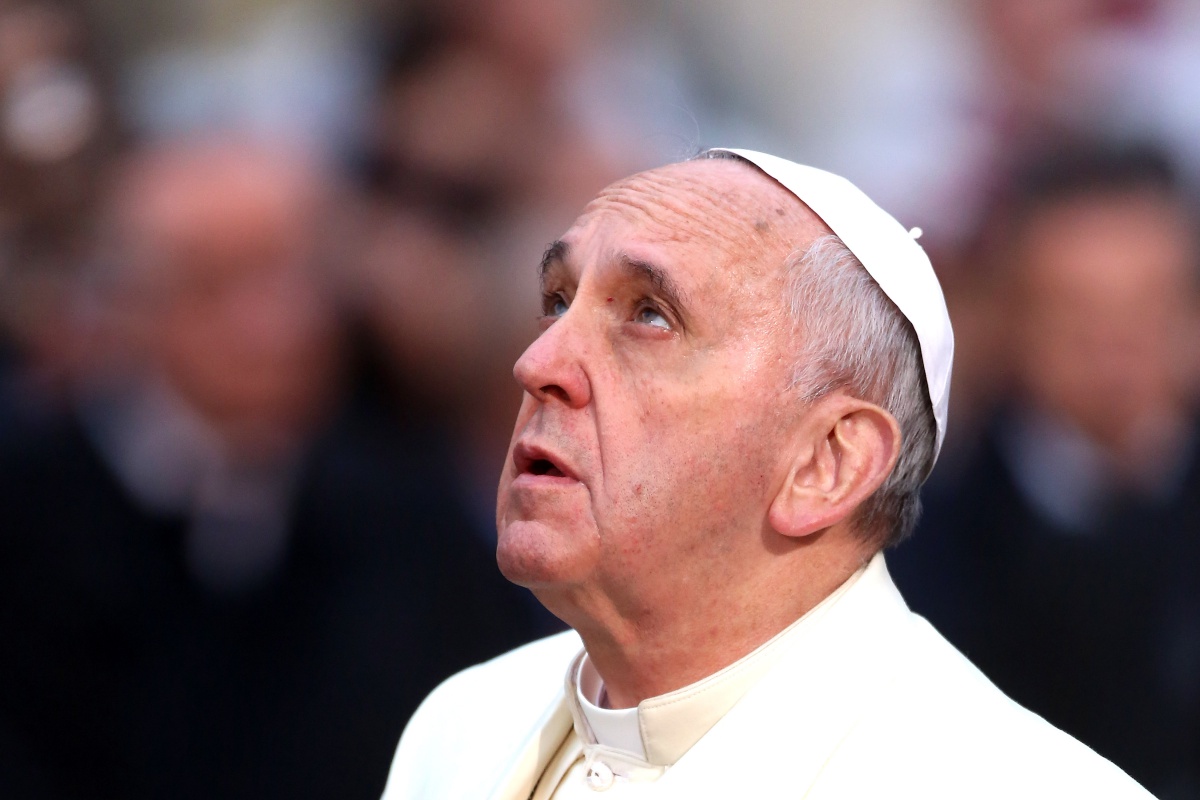 Despite how Pope Francis has been seen as a progressive Pope when it comes to LGBTQ issues, when it comes down to it, he and the church he is the head of remain true to their harmful “homosexuality is a sin” dogma.

Monday, the Vatican, with the blessing of Pope Francis, released a statement in which they said, “The blessing of homosexual unions cannot be considered licit.” This statement came from the Vatican’s top doctrinal office, the Congregation for the Doctrine of the Faith.

Blessings belong to the category of the sacramentals, whereby the Church “calls us to praise God, encourages us to implore his protection, and exhorts us to seek his mercy by our holiness of life” […]

This is because they would constitute a certain imitation or analogue of the nuptial blessing[7] invoked on the man and woman united in the sacrament of Matrimony, while in fact “there are absolutely no grounds for considering homosexual unions to be in any way similar or even remotely analogous to God’s plan for marriage and family”[8].

The declaration of the unlawfulness of blessings of unions between persons of the same sex is not therefore, and is not intended to be, a form of unjust discrimination, but rather a reminder of the truth of the liturgical rite and of the very nature of the sacramentals, as the Church understands them.

The Christian community and its Pastors are called to welcome with respect and sensitivity persons with homosexual inclinations, and will know how to find the most appropriate ways, consistent with Church teaching, to proclaim to them the Gospel in its fullness. At the same time, they should recognize the genuine nearness of the Church – which prays for them, accompanies them and shares their journey of Christian faith[9] – and receive the teachings with sincere openness.

Basically, gays you should be respected and treated with care … but your unions are not considered sacred under the eyes of the church.

This might seem in conflict with what Pope Francis has said in the past, since in an interview he claimed, “Homosexual people have a right to be in a family. They’re children of God and have a right to a family. Nobody should be thrown out or be made miserable over it.” But the Vatican itself was quick to say that the kind and thoughtful statement was taken out of context.

As someone who went to Catholic school and pushed parts of myself down because of that environment, it only serves to remind me that while religion is not inherently a bad thing, the institutions do perpetuate harm. Homosexuality being framed and treated as a sin is harmful. Saying that “homosexual unions” are not “remotely analogous to God’s plan for marriage and family” is what is used to stigmatize and harm families today.

But he does not and cannot bless sin: he blesses sinful man, so that he may recognize that he is part of his plan of love and allow himself to be changed by him. He in fact “takes us as we are, but never leaves us as we are.”