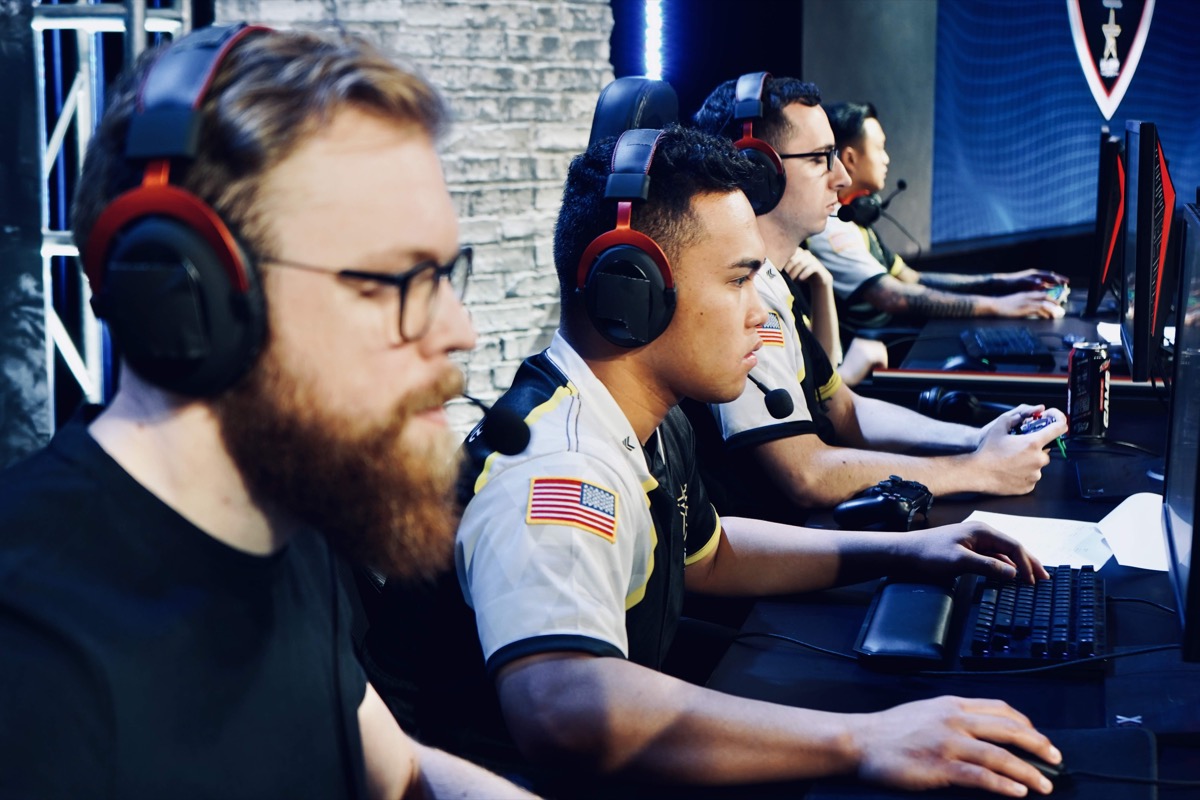 The U.S. Army has increasingly been looking to video games for PR and recruiting purposes lately, not only launching their own U.S. Army Esports team, but streaming gameplay on Twitch. This all seems to have backfired in spectacular fashion, with outcry about their recruiting tactics, comments about war crimes filling their stream chats, and now, the (possibly) temporary shutdown of their streaming operation altogether in the face of first amendment complaints over banning those very commenters.

In short, for anyone who’s already got a healthy disdain for the U.S. miltary’s predatory recruiting tactics well beyond the world of video games (see here, here, here, and here, just for a start), it’s been satisfying to watch them fail so badly in this “Hello, fellow kids” effort to turn around their recent recruiting troubles. The Army has a long history with video games, from obvious uses like training simulators to branded, recruitment-oriented games and peripherals, arcade-like recruitment centers, literally flying drones with Xbox controllers, and more.

However, this new competitive gaming push was a more overt attempt to capitalize on video games’ popularity than past efforts, and it seems it was a step too far. Regardless of whether banning commenters needling them on war crimes is a first amendment violation, which is the tipping point that has caused them to halt streaming for the moment, they were already under fire not only for trying to use gaming to lure in teens as young as 13, but for doing it in particularly misleading ways.

For example, they’ve been using the lure of prize giveaways for a bait and switch to redirect stream viewers to Army recruitment forms—possibly the absolute worst evolution of the Rickroll. According to The Verge, an automated program dropped links into the Army’s stream chat that promised a giveaway contest for an Xbox Elite Series 2 controller, but anyone who clicked the link was redirected to a recruitment form with no further mention of any kind of contest.

That has all led to Rep. Alexandria Ocasio-Cortez introducing a bill to prevent the Army from recruiting on live streaming platforms in general. Twitch subsequently shut down that effort because, unsurprisingly, a fake contest designed to lure people into signing up for the Army violates their terms of service.

The Army, though, is arguing that commenters repeatedly questioning them about war crimes also run afoul of Twitch’s terms of service on the grounds of harassment. However, as has been discussed repeatedly in online discourse—notably with Donald Trump being barred from blocking his critics on Twitter—a government entity isn’t just any old Twitch streamer and isn’t allowed to behave like one.

The Knight First Amendment Institute at Columbia University put out a statement that read, in part, “Once the government opens up a space for expressive activity to the public at large, the First Amendment prohibits it from excluding speakers from that space on the basis of viewpoint.” Meanwhile, an Army spokesperson told the New York Times that they went as far as just outright banning the term “war crimes” from their chat in general, which seems a lot like restricting certain viewpoints across the board—revealing only that they are very much out of their depth here, as alternate spellings were immediately used to get around the ban and keep up the pressure.

All of this to say … when the Army came for the internet, they didn’t quite realize what they were getting themselves into.