In other news, old man yells at cloud. 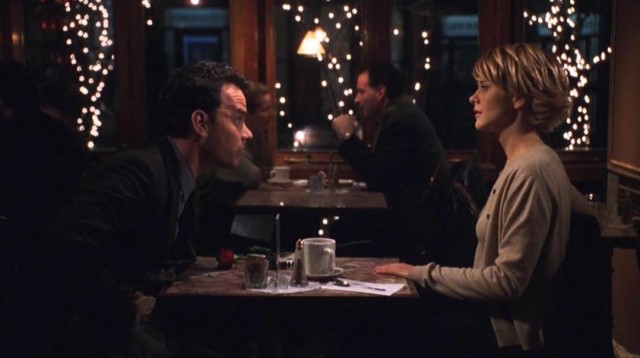 You know what really gets my goat? Youths. Especially youths who can suspend their cynicism long enough to search for love on the Internet. Gah, and then they have the gall to meet other like-minded individuals out in public and attempt to enrich each other’s lives by forging a bond of mutual respect? Get off my lawn, you rabble!

While those aren’t direct quotes from the recent real-life Upper West Side fuddy-duddy summit, in which residents complained about people using local businesses to conduct dates with potential partners they met via online dating, they’re remarkably close. Here are some excerpts from DNA New York‘s coverage of a hilariously crotchety community board meeting in which Upper West Side residents met to voice their concerns about the “Internet people” that might congregate if local bar Riposo 72 began serving drinks in its outdoor seating area:

“I have seen people say, ‘I met you on the internet,’ and you’re putting that on the sidewalk?” said one resident Al Salsano incredulously. “I don’t want children walking near ‘internet people’ meeting.”

[…] “Have you ever gone to any of the sidewalk cafes in this neighborhood? Do you find them all rowdy and people staggering out of them all the time?” asked board member George Zeppenfeldt-Cestero. Resident Chris Horwitz retorted that he wouldn’t know because, “I don’t go out to meet people I found on the internet.”

Chris, keep your stupid comments in your pocket where they belong.  And Al, Internet People are just trying to forge a connection of some kind with another living creature in this godforsaken city. I imagine it can’t help to have the self-appointed public decency police loitering within earshot. That being said, we all know that meeting people leads to talking and talking leads to, um, more talking and, you know, in the words of one concerned resident: “Once you have a cafe serving drinks on the street, then you have a precedent.” AND THEN YOU GOT TROUBLE! TROUBLE IN RIVER CITY! WITH A CAPITAL T AND THAT RHYMES WITH P AND THAT STANDS FOR PLEASE NO INTERNET PEOPLE, THANKS!

As Jezebel excellently points out, all this Ye Olde pearl-clutching is particularly hilarious considering You’ve Got Mail was shot at a cafe in the Upper West Side. So yeah, how dare people bring money to local businesses by engaging in a time-proven courting ritual popularized by the very neighborhood that now despises it?

Go complain about D’agostinos being too cold or something, Jedi Council of the Upper West Side. You are one Tom Hanks shy of credibility.