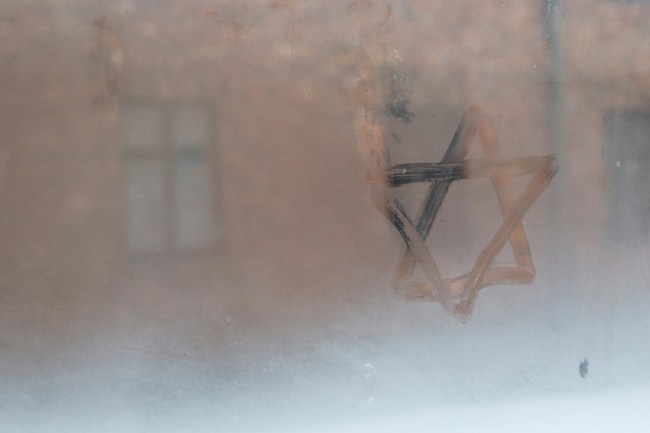 At the beginning of last month, a UPenn sophomore who was home in California for winter break went missing after going to meet up with an old high school friend. His name was Blaze Bernstein, and he was reported missing on January 3rd. Six days later, his body was found in a shallow grave in Orange County’s Borrego Park. The police contacted the friend he met, Sam Woodward, who was the last person to see him alive.

They noticed that Woodward seemed shaken, which is an understandable reaction to your friend turning up dead. However, as The Jewish Chronicle reports, “Less comprehensibly, however, he said that he’d driven to his girlfriend’s house after leaving Mr Bernstein that evening, though he could remember neither his girlfriend’s address nor her surname.”

Later, police found an online video that Woodward posted where he was reenacting a brutal murder scene from the film American History X. You know, the one where Edward Norton’s skinhead character curb stomps a black kid?

Further digging revealed that American History X wasn’t Woodward’s only connection to Nazi stuff. Woodward had attended a three-day training event in Texas with Atomwaffen Division (in English: “Atomic Weapons Division”), an American neo-Nazi group linked to several murders in the U.S. over the past few years. They are a self-proclaimed “armed Fascist group with the ultimate aim of overthrowing the U.S. government through the use of terrorism and guerrilla warfare.”

So this Woodward guy went off to a three-day training camp with murderous Nazis, and coincidentally was the last person to see his old, Jewish friend from high school alive.

But wait, there’s more. Lest you think the hate crimes stop there, there’s also the fact that Bernstein was openly gay. The Jewish Chronicle reports that “In his police statement, Mr Woodward added that Mr Bernstein, who was openly gay, had tried to kiss him.” And now, he’s dead.

So, a college-age man who goes off to train with Nazis comes back, meets up with his Jewish friend who is later found dead, and he feels the need to talk about the fact that his Jewish friend tried to kiss him.

There’s so much going on here, and none of it is good. It reeks of hatred not only in Woodward, but in the very fabric of a country that would spawn children like this. These two were legally grown men, but just barely, and one of them—recently—went to a training camp held by a hate group that hates both Jews and gays. Again, this is the country, and the world, we live in.

Woodward was arraigned in court on Friday and pleaded Not Guilty to murder. He is being held on $5 million bail with conditions including GPS monitoring, a curfew, and a protective order for the victim’s family if he is released. He is expected back in court on March 2.

Meanwhile, Bernstein’s parents, Gideon Bernstein and Jeanne Pepper, who have every reason to be angry and cold and vengeful, have responded to all of this with … love. They set up a webpage for people to make donations to the Jewish Community Foundation of Orange County. In a statement they said that they wanted the fund to lend “support to organizations that Blaze would have liked to support.”

Pepper emphasized “how even in the face of tragedy and loss, there is something better to concentrate on rather than bitterness, revenge, self-pity and regret. We wanted people to embrace love, tolerance and kindness, to do good.”

If you’d like to give to this fund in the name of love and tolerance, you may do so HERE. In addition to supporting some of Bernstein’s favorite charities, money will also be raised for “charities that work to protect children from violence and that foster emotional health, such as The Orangewood Foundation,” or you may select a gift to the Blaze Bernstein Memorial Scholarship Endowment.

As Woodward faces what we hope will be justice, let us try to remember how to keep love and kindness in our own hearts, following the amazing example of Bernstein’s loving parents.