UnREAL Is Casting an African-American Bachelor Before The Bachelor 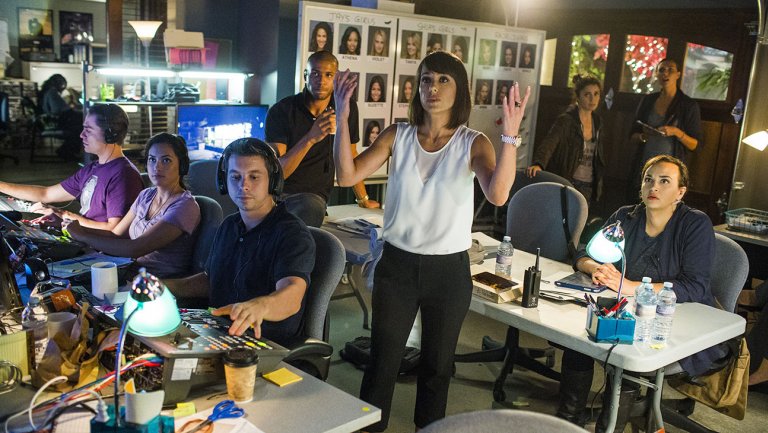 Reality dating shows like The Bachelor are troubling for a lot of reasons, something UnREAL creator Sarah Gertrude Shapiro knows very well from first-hand experience. The Lifetime show follows Rachel (Shiri Appleby), a reality TV producer for a Bachelor-esque show and her demanding and manipulative boss, Quinn (Constance Zimmer). The show, which really doesn’t hold back, covers the ways these shows purposefully provoke, manipulate, and present the women who take part in the show a certain way. Season one tackled mental illness, suicide, eating disorders, slut-shaming and tons of other topics, but many felt the show could’ve gone harder in its discussion of race.

It’s no secret that The Bachelor has a race problem, as lots of media does. Not only have they never featured a black bachelor, very few minorities even get the chance to be contestants (let alone win). UnREAL has previously expressed interest in exploring this element in more detail, and it looks like they will. TV Line reports that Season 2 will feature a “an African-America bachelor.”

Darius Hill is in his mid-20s and plays quarterback for the Dallas Cowboys. His looks are reminiscent of Carolina Panthers QB Cam Newton, and he’s sweet, slightly sheltered, athletic (obviously) and a huge crowd-pleaser with both America and the ladies.

They also looked at the casting calls for the women vying for Darius’ heart, which include an African American debutante, a white girl who shows up “in a Confederate flag bikini,” a “ESPN reporter Samantha Ponder” type, a “Bree Newsome crossed with Daily Show correspondent Jessica Williams,” and “a young Amal Clooney” type. Hoo, looks like season 2 isn’t pulling any punches.

That’s not to say UnREAL completely ignored the race factor in season 1. Quinn makes several disparaging and racist comments about the two black contestants throughout the series. Hell, one of the first moments Quinn “interrupts” the Bachelor fantasy (a reoccurring motif to emphasize how everything is completely constructed) is to switch out the first woman the the show introduces from a black woman to a Latina woman who, (SPOILERS) ends up losing because the Adam’s grandma tells him “we don’t marry brown people.” There’s also a lot of fetishization, where the Latina contestant is constantly pushed to be more sexual. Most notably, the show includes a very disparaging scene where one producer, played by Jeffrey Bowyer-Chapman, talks to the two black contestants and tell them that they need to “up” the stereotypes to stay in the competition. One does and the other doesn’t. Neither of them win.

Freddie Stroma, who played the blond, blue-eyed and British bachelor in season 1, acted the sinister/slimy “Prince Charming” performance really well. I’m curious about how season 2 will go. What are you thoughts on how UnREAL season 2 is looking?