Anyone Want To Grab A Beer At Moe’s Tavern? We’ll Be Able To Soon Thanks To Universal Studios

Universal Studios is getting a Simpsons area and bringing Moe's Tavern and Duff beer to life! 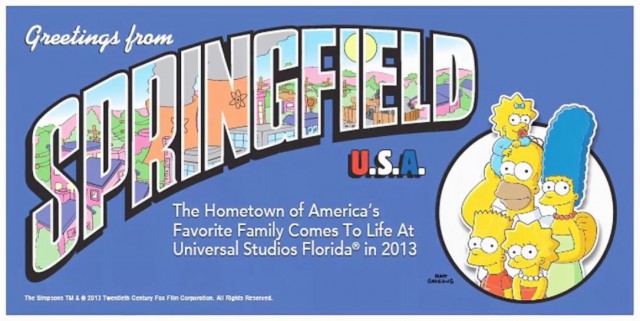 Stop arguing over which Springfield you think The Simpsons is set in, because the answer is going to be Florida — sort of. Universal Studios is adding a Simpsons area to the park that will include a Krusty Burger, Lard Lad donuts, and even Taco Fresho run by Bumblebee Man. If you’re a parent dealing with dragging your kids around a theme park, stop by Moe’s Tavern for some Duff Beer that’s brewed just for the park. Let’s all say it together. Ready? On three. One. Two. Three: I want to go to there.

There will be a new ride called Kang & Kodos’ Twirl ‘n’ Hurl, which is harder to get excited about than grabbing a beer at Moe’s, but that might just because I’m an adult. Take a look at all the attractions of the new Springfield area of the park in this promotional video:

This will be a must-see experience for Simpsons fans all over the world. For the first time ever, they’re going to be able to enter a world that they’ve only seen on television – and we’re really excited to bring that world to life.

We’re pretty pumped about it too, Mr. Woodbury. The new attraction will open this summer, and if you need a few journalists to come down and covering the grand opening — we’re available.