Universal Unveils Its Dark Universe—We Hope They Remember That Women Can Be Monstrous, Too 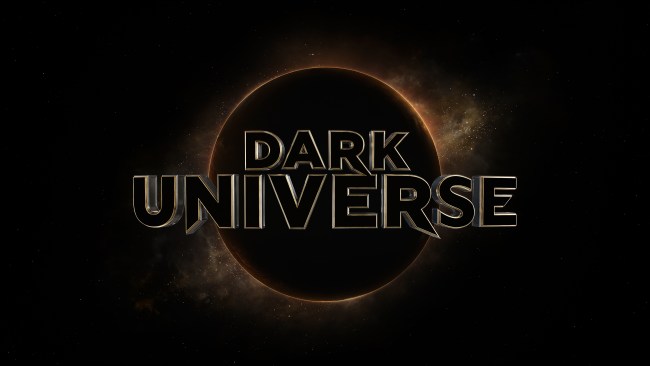 Universal Pictures has a long, storied history with monsters. We’ve all heard of Frankenstein’s Monster, the Bride of Frankenstein, the Mummy, the Invisible Man, and the Wolf Man, among others. Well, it looks as though all those old-timey monsters are being “reinvented” as part of a new shared universe the studio has dubbed Dark Universe.

The Dark Universe shared universe, which officially launches with the Tom Cruise/Sofia Boutella film The Mummy on June 9th, seeks to reinterpret classic monsters for a modern audience. While no one particularly asked for or needed a new version of The Mummy, putting it in the context of a larger shared universe that’s reinterpreting all the Universal monsters makes a bit more sense. Especially since a part of the reinterpretation for this film is that the titular Mummy is female.

Sofia Boutella plays Princess Ahmanet, a character loosely based on the Egyptian goddess Amunet, an ambitious woman in Egypt who was so thirsty for power that she “had to be stopped.” Cue mixed feelings.

On the one hand I, like TMS’ MaryKate Jasper wrote, am “kind of rooting for the Mummy” in this film. Ambitious woman being kept down by being buried alive and imprisoned with magic? Fuck shit up, Ahmanet! I love that a female monster was created, as I’ve written several times about how it’s equally important to have female villains as it is to have female heroes.

However, it’s kind of unfortunate that the entire premise of the first movie being released in this universe basically makes female ambition “the monster” to be defeated. Meanwhile, Tom Cruise is running around with a cute, dependent blonde woman who turns to him for protection and comfort at all the right times. They may as well have a character say “This is how you behave like a ‘Good Woman’ and this is how you behave like a ‘Bad Woman.”

Or a Nasty Woman.

That said, all we have to go on are a couple of trailers and a poster image. And if The Mummy is not only going to be its own franchise, but part of a shared universe where characters can cross over, I’d imagine that Boutella’s Mummy is not so easily defeated, and when she is, probably not for very long. Because you can’t keep a good (mummy) woman down. 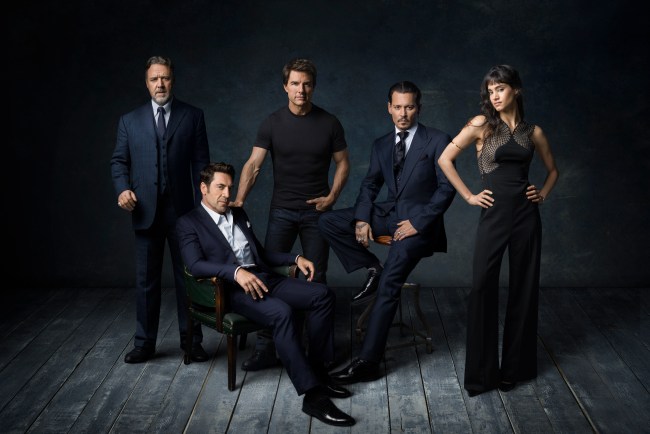 I got to thinking about the place of women in this new universe when I saw the above image, Universal’s first official portrait of the stars of current and future Dark Universe films. I was struck by the fact that Boutella is the only woman in the five-person shot.

However, there’s some more good news on that front. Boutella won’t be the only female monster in the Dark Universe. The film that will be following The Mummy is none other than that female monster icon, Bride of Frankenstein. According to a press release from Universal:

“Oscar-winner Bill Condon…[will be] directing Bride of Frankenstein, from a screenplay by [David] Koepp. The next film from Dark Universe, Bride of Frankenstein will be released on Thursday, February 14, 2019. The actress chosen to play the lead role in Condon’s version of this timeless story will be announced soon.”

Here lies another monster story that could be interpreted through a feminist lens. In the original Bride of Frankenstein film, two male scientists decide to try and create a female mate for Frankenstein’s monster. They create a woman using spare (body) parts and after bringing her to life expect her to be some monster’s wife. The Monster is all butthurt when she hisses at him, because he felt entitled to a mate dammit, and so he tells the Frankenstein and his wife to go off and be happy while he burns the whole damn lab down. The fate of his “bride,” as well as his creator’s (quite possibly gay) mentor, was left unknown.

Right now, we have zero information about what the Dark Universe take on the character and her story will be (or whether it will even be her story, or if, like Frankenstein, it will put primary focus on the Monster), but my hope is that Koepp will use this new shared universe as an opportunity to create an actual female monster protagonist, rather than her simply being a literal creation of male wish fulfillment. Or that there’ll be some kind of commentary on that. Something.

The Mummy and Bride of Frankenstein seem to be our only hopes right now of having, if not outright female protagonists, then at least good female antagonists. The above video retrospective of Universal’s monsters lists all the monsters whose films are available on Blu-ray and DVD. For many of them, their gender is baked right into their name: The Invisible Man (who will be played by Johnny Depp in Dark Universe‘s upcoming take on that story), The Wolf Man….and Universal has revealed that the Monster in Frankenstein and Bride of Frankenstein will be played by Javier Bardem, so there’s no hope of a female Monster there.

However, being that they’ve already made the titular monster female in The Mummy, there’s no reason why they couldn’t do that for some of the others. A female Creature From the Black Lagoon, perhaps? A female Phantom of the Opera obsessing over Christine? Hell, there’s no reason why Dracula has to be male. I’d totally be intrigued by a Countess Dracula.

It’s not only female involvement in front of the camera that concerns me, but behind the camera as well. So far, all the announced writers of the Dark Universe films—Alex Kurtzman, Chris Morgan (Fast & Furious franchise), Christopher McQuarrie (Mission: Impossible series, The Usual Suspects) and David Koepp (War of the Worlds, Jurassic Park)—are men.  Kurtzman directed The Mummy, while Bill Condon is directing Bride of Frankenstein. Legendary composer, Danny Elfman, has composed the new musical theme for the Dark Universe motion logo.

These are all super-talented dudes with great track records. No question. But come on. Universal is starting a new initiative creating what they intend will become a film franchise for years, if not decades to come. The fact that exactly zero of the architects of that universe are women is very telling. This is all the more frustrating when you consider that the “Chairman” of Universal Pictures is actually a woman, Donna Langley. In Universal’s statement about the new shared universe, she said:

“We take enormous pride in the creativity and passion that has inspired the reimagining of Universal’s iconic monsters and promise audiences we will expand this series strategically. The enterprise masterfully developed by Chris and Alex will allow each subsequent chapter the right time to find the perfect cast, filmmakers and vision to fulfill it. As we launch Dark Universe with Danny’s provocative theme before The Mummy and collaborate with a brilliant filmmaker like Bill to weave the story of a very modern woman in a very classic tale, we feel confident we’re off to a tremendous start.”

To me, a “tremendous start” might have included a female voice in the room drawing up the blueprints. A tremendous start might have been “the story of a very modern woman in a very classic tale” actually being helmed by a talented female director. We now know that it’s too late for at least two of these films. Here’s hoping that the other films in the Dark Universe see the benefit of greater female participation in the storytelling. Here’s hoping these male directors don’t just rest on their laurels and lazily hire the dudes they’ve always worked with, but rather inject the Dark Universe with some new energy and hire more women on their crews.

Because if anyone can give a valuable perspective on terror and fighting monsters that go bump in the night, it’s women. We fight monsters all day long.