I don't need an excuse to keep listening to my favorite band, but it's nice to know that now I have one. 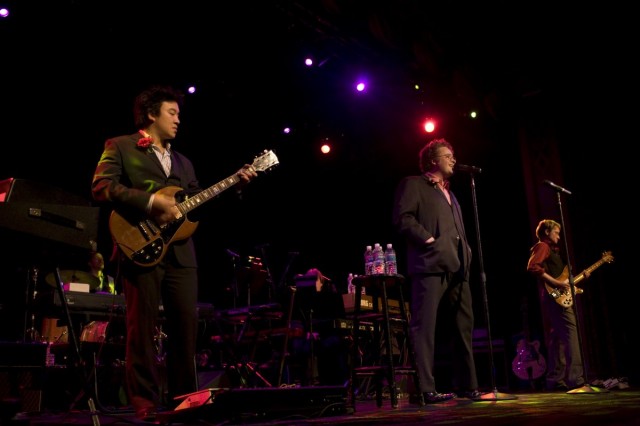 Pictured above is Harvey Danger. They’ve been my favorite band since high school, and if this new study is to be believed, they could be my favorite band forever, which is totally fine. Research done at the Washington University’s Olin Business School shows that people prefer music they’re familiar with over new music — even people who claim to have the opposite position. This could explain why services like Pandora work.

The researchers did three separate studies to measure the impact familiarity had on music preference, and each time it was shown to be more important in how subjects chose music than what songs they like or what songs they’re sick of hearing. Basically, they’re saying if you had to click on one of these two links: Hanson’s “MMMBop” and Harvey Danger’s “Pity & Fear”, you’d probably click on MMMBop because you’re more familiar with it.

Our results suggest that the emphasis on novelty in the music domain, by consumers and people often protesting the current state of the music business, is probably misplaced. In the marketplace, and in our pilot study, consumers say that they want more novelty when in fact their choices suggest they do not.

That sounds like it gives marketers and the music industry an excuse to keep churning out the same old stuff, but if the study is right, maybe we all don’t really mind so much.

The study could also explain why sites like Pandora and Spotify are so popular. Besides providing a way to listen to songs we already enjoy, they also give listeners a way to find new music that sounds similar to what they already enjoy, combining the new with the familiar.

If you need me I’ll be listening to Little by Little.