Just in Time for Tolkien Week: Researcher Uncovers the Woman Who Might Have Illustrated The Lord of the Rings 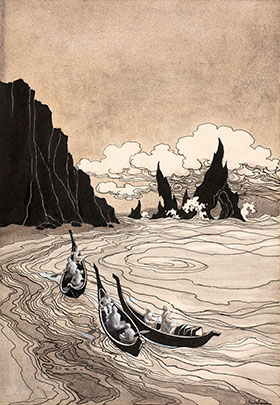 Seventy-eight year-old Australian painter Mary Fairburn is now two years older than J.R.R. Tolkien was when the two first began corresponding about the painted illustrations she’d created of scenes from his then not-even-fifteen-years-old series of fantasy novels The Lord of the Rings. The author himself would die a mere five years later, and though he told her that his art had changed his mind entirely on whether an illustrated version of The Lord of the Rings would ever be published, the collaboration never happened.

We wouldn’t know any of this without the work of researcher Paul Tankard, who just happened to have relatives who live in the same town as Fairburn, otherwise he might not know any of it either.

Working between Fairburn and the Tolkien estate, he managed to track down the entirety of both sides of their correspondence, in which the fantasy author admitted that he had never seen an artist recreate what he had imagined the scenes in his book to look like so exactingly before. High praise from a man who diligently rewrote half a book when he realized that he’d miscounted the phases of the moon and a pivotal scene would now no longer work.

Dr Tankard hopes Ms Fairburn will finally get the recognition she deserves. Her impressions of the novel were never published, and she has experienced times in her life of extreme financial hardship.

“I’m delighted for her – she really deserves recognition for her artwork. It is hugely important and means a lot to her that Tolkien liked them so much he changed his mind about whether his famous story could ever be illustrated ,” he says. 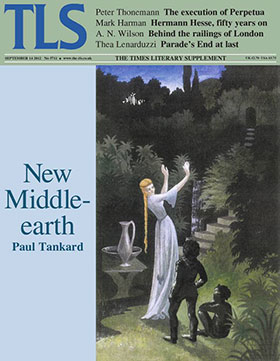 Nine of the drawings Fairburn made for The Lord of the Rings are still in existence, and we certainly hope they see the light of the internet, if not an art book. These two accompanied the original article.