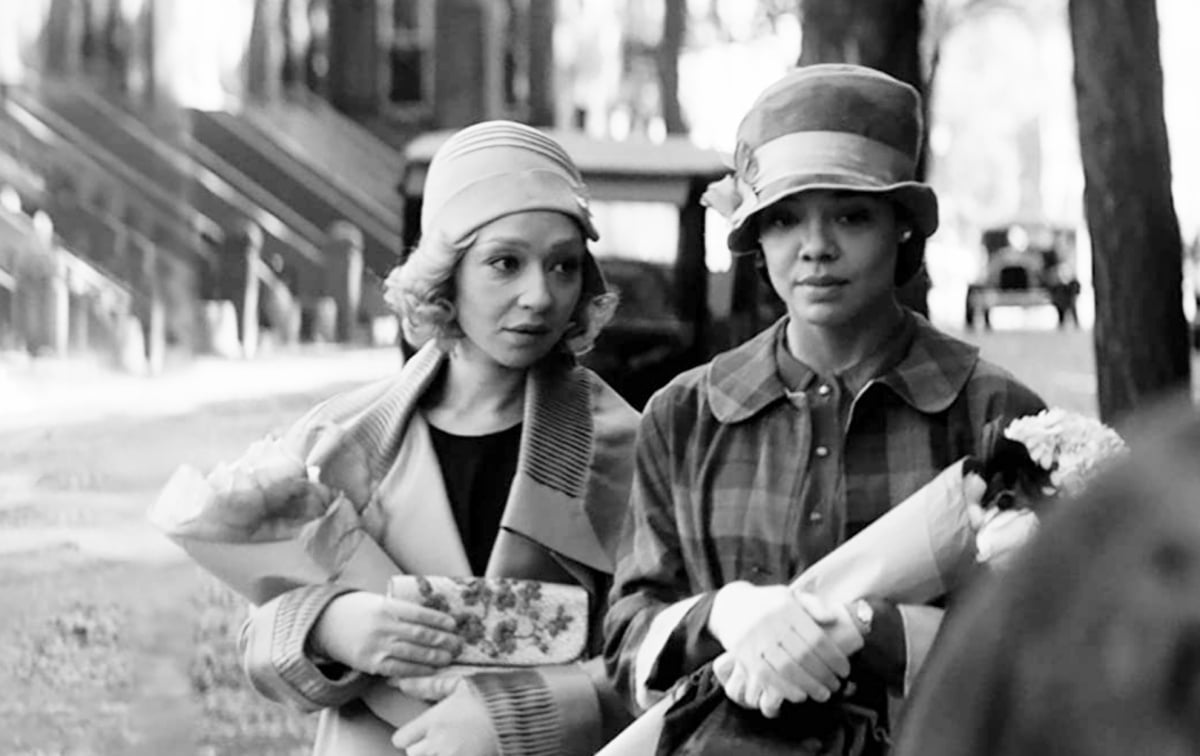 Right now on the Sundance circuit is the Rebecca Hall-directed film Passing, starring Tessa Thompson and Ruth Negga. It is an adaptation of the Harlem Renaissance classic Passing by Nella Larsen. Embedded into the text is a rich powerful narrative about the Black American experience and the lengths people go to survive in America.

Nella Larsen was both in 1890s Chicago as the daughter of a mixed-race Afro-Caribbean man and a white Danish immigrant woman. Larsen didn’t grow up with her father and in 1891 the Great Migration hasn’t happened yet, so the Black population was less than 2%. After her mother remarried, they moved to a mostly white neighborhood filled with German and Scandinavian immigrants. As a result, Larsen did not grow up in the usual world of Black Americanness. Or Blackness period.

Not the Black church, Black music, or with a foundation of what it mean to be a Black woman other than the isolation of not being white.

“It was something in my family that was always known and not known—that my grandfather passed for white, and probably his parents were both African-American and passed for white also,” Hall shared according to France 24.

Passing is the story of that anxiety and the sacrifices people who “pass” make to assimilate into whiteness. In the novel, Irene Redfield (Tessa Thompson in the film) is living in 1920s Harlem and runs into her childhood friend Clare Kendra (Ruth Negga), who is passing as a white woman and currently married to a racist man. The characters keep interacting with each other despite the danger that their connection creates.

While it would be easy to dismiss Passing as a typical “tragical mulatto” story, I have always felt that it was more Larsen reflecting on the ultimate tragedy of those who have passed.

In A Chosen Exile: A History of Racial Passing in American Life by Allyson Hobbs, the author explains that this is a narrative of loss. “I started to realize that writing this history of passing is really writing a history of loss,” Hobbs told NPR. She shared the familial anecdote of a white-passing cousin in her family cousin, whose mother forced her to leave her hometown in the 1930s and move to Los Angeles to live as a white woman.

That cousin had married a white man and started a family of her own, but years later when her father was dying she couldn’t go back home to see him because: “‘I’m a white woman now. And there’s just no turning back.'”

Larsen’s Passing is about the losses gained from assimilating into whiteness and how for Black folks it comes with more traumas. Not only does it mean a loss of community and family, but also a total severance of history for future generations.  There are many books about people who lived lives as white people only to realize that they had Black ancestry from a parent who “passed” for white.

Unlike the Rachel Dolezals of the world, these people didn’t become white in order to take over white institutions. They became white to be given a fair shot to survive in a racist society. To simply be allowed to do what white people were allowed to do. To be full citizens.

I look forward to watching Hall’s Passing because not only is it one of the rare adaptations of a Black classic text, but because like Larsen, it was directed by someone with that background and could bring authenticity to the direction. Netflix is nearing a $16 million deal for worldwide distribution rights on the film, according to Variety, so hopefully we can see it sooner rather than later.