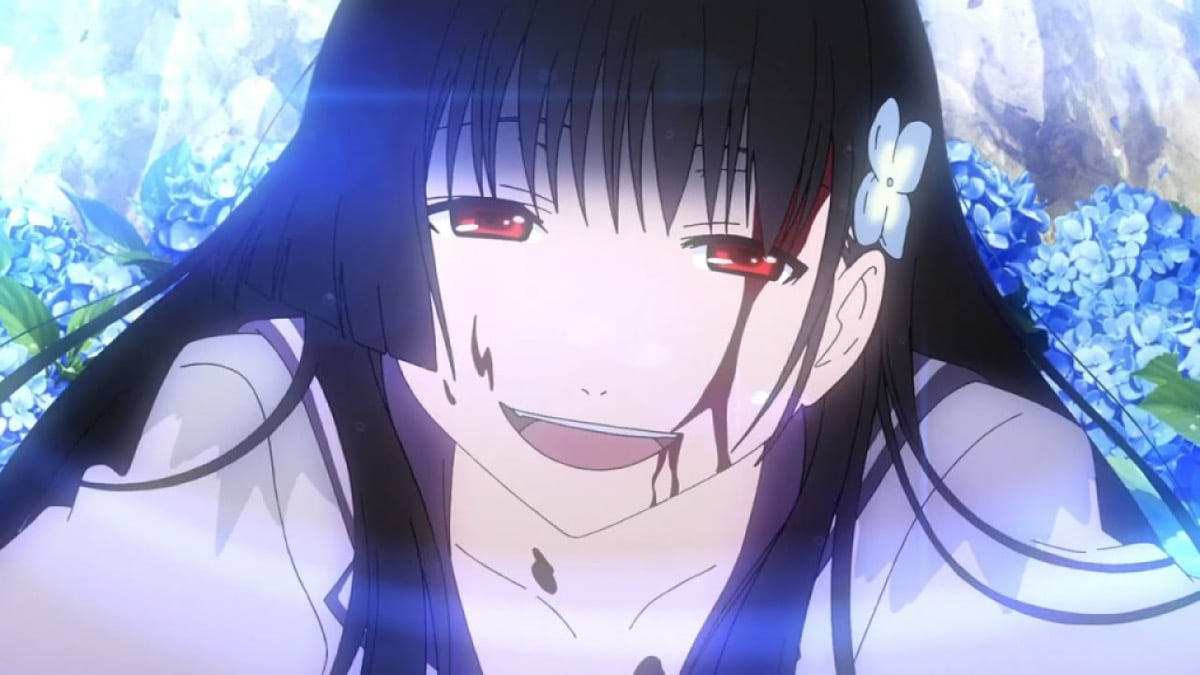 There are some life lessons that just have to be learned the hard way—diving headfirst into the dark end, where a metaphorical light, called a lesson on morals, can shine the brightest. And no entertainment genre throws viewers into the peculiar pits quite like anime, where stories riddled with strange and daring themes flourish, be it Hitoshi Iwaaki’s worm aliens that take over human bodies in Parasyte or Jun Mayuzuki’s gutsy move to illustrate infatuations that overlook alarming age gaps in After the Rain.

But, the truth is, some of the best anime are the ones that take risks with their stories, knowing that the darker the themes become, or the more discomfort they breed even in “kawaii” settings, the more the stories will unravel the minds of those watching. It’s one thing to cringe at the idea of someone being in love with the undead, but it’s another to realize the full scope of unconditional love.

These are the mind games anime plays, and if we were being honest with ourselves, we’re likely the better for playing along. From confronting the worst of human trafficking and child neglect to sympathizing with man-eating monsters, watching these anime definitely doesn’t make for pleasant experiences, though some have their brighter moments. But, for those with a light at the end of the eerie tunnels, the journey is worth it. There are some uncomfortable anime we need to watch for the very reason that it makes us uncomfortable. 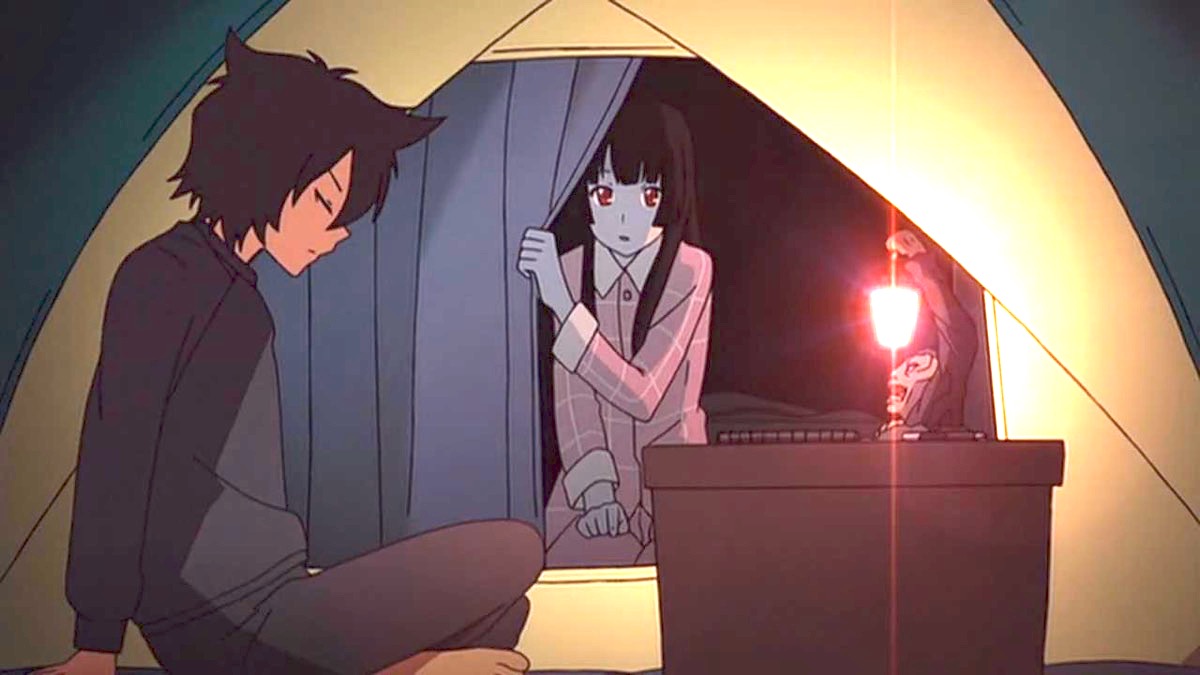 Boy meets girl, boy attempts to revive his dead cat with girl, and girl attempts suicide with the poison potion intended to revive the dead cat. Sankarea kicks right off with the uncomfortable and disturbing, where a zombie-obsessed boy named Chihiro Furuya crosses paths with a deeply troubled girl named Rea Sanka, who will do anything to escape the prison of her home life and father Dan’ichirō.

While the poison doesn’t kill Rea, Dan’ichirō’s sexual harassment and emotional abuse toward his daughter come to light, and Rea, in an attempt to run away from her father, falls off a cliff and, as a result of the poison she drank earlier, becomes a zombie.

The anime not only follows Chihiro and Rea’s romantic relationship, but also the couple’s growth as individuals who both realize death cannot save them from their living terrors. Sankarea’s charm ultimately stems from Rea’s and Chihiro’s desire to live life fully, which causes them to eventually face their traumas head-on and taste real freedom. 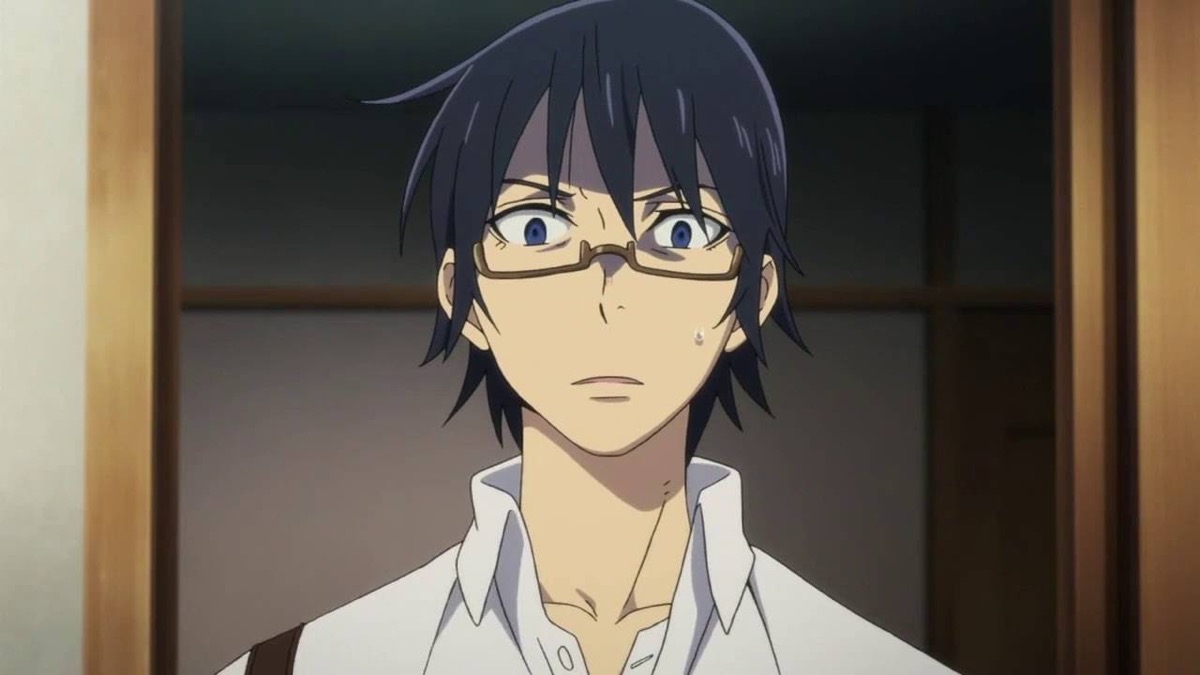 Satoru Fujinuma has a unique gift where he is occasionally launched back in time a few minutes to prevent life-threatening tragedies. While these events are usually akin to accidents like car crashes, this changes when Satoru’s awareness gift “Revival” saves a child from what he suspects was an attempted kidnapping.

This event reminds Satoru and his mother, a former journalist, of a string of unsolved child kidnappings and murders that occurred in their old neighborhood when Satoru was in elementary school. When Satoru comes home to find his mother, who had been digging into the old cases, brutally murdered, the shock launches him back to being 11 years-old, with the opportunity to save the not-yet-kidnapped children from their former fates.

Though this anime is a thrilling mystery to follow, Erased takes bold steps into the shadows of domestic abuse, child neglect, and serial murder, and it’s natural to want to sidestep any show focused on harm toward the young and innocent. But Erased offers more than just a mystery to solve. The show brings awareness of the monsters that lurk in a friendly but false light and pays immense homage to the strength of children and, as clichéd as it may sound, the life-saving power of friendship. 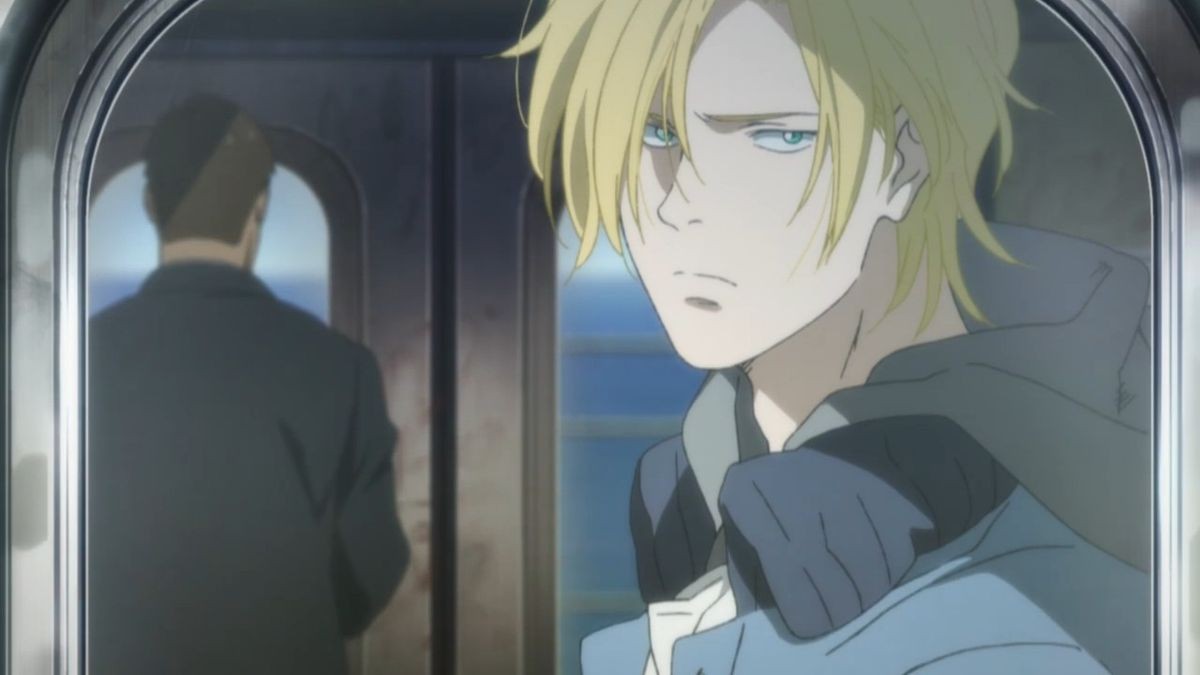 The story of Banana Fish, while only one season, is six-fold, beginning with a mysterious, psychoactive, and mentally disabling drug used on American soldiers in Vietnam and leading to an extensive and organized Corsican mafia group in New York City, specializing in human trafficking. The anime’s focus, however, centers around Ash Lynx—a seventeen-year-old gang leader, former sex slave, and heir to the mafia’s criminal empire—and Eiji Okumura, a nineteen-year-old college student who’s assisting another photojournalist on a story about New York street gangs.

Eiji and Ash, to everyone’s surprise, become fast friends, Eiji admiring Ash’s strength and toughness while Ash is amused and charmed by Eiji’s innocence, optimism, and above all, freedom. As their lives become more intertwined by Ash’s investigation into the disastrous wake of the drug, now called “Banana Fish,” which led to his brother’s death, Eiji becomes determined to save Ash from a life in the mafia while Ash becomes increasingly aware that a life with Eiji may not be possible if he hopes to keep Eiji safe.

Woven in the narrative of Banana Fish is a hefty amount of unpleasant backstory and imagery, child slavery, gang violence, and rape. But amidst one of the most unhopeful settings imaginable, Ash and Eiji still serve as pillars of peace for each other and a reminder that tomorrow could be better, even if that hope is unbearably fragile. Banana Fish really drives home that our lives, no matter how tormented, always have a purpose, and that purpose is always worth the journey. 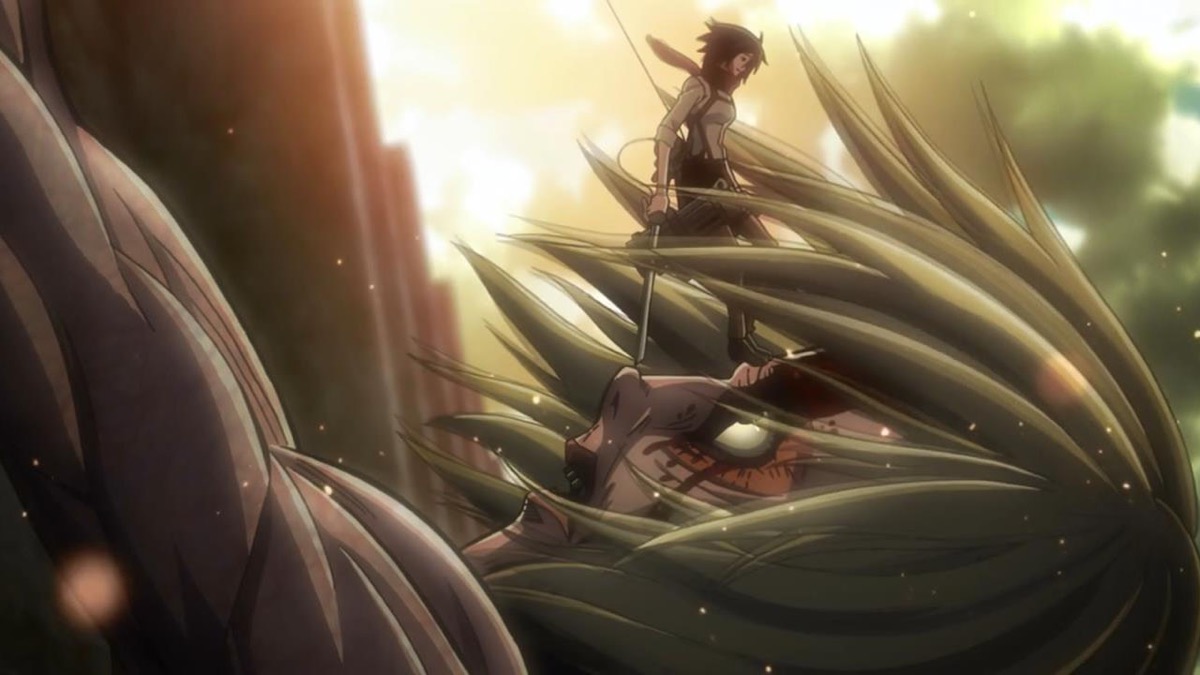 What could be more unpleasant than nude, humanoid giants as tall as skyscrapers smashing their way through villages to feast on the residents? Maybe throw in an excessive amount of blood, as well as limbs and intestines being torn from people’s bodies, and that pretty much takes first place. Attack on Titan is uncomfortable, to put it lightly, and you absolutely need to watch it.

When the giants, known as “Titans,” attack the homes of Eren Jaeger and his friends Mikasa Ackerman and Armin Arlert, Eren’s sanity cracks, and he vows vengeance on the monsters. It’s understandable for anyone who watched their mother’s head being eaten off by a giant, smiling like it was a day at Disneyland. To fuel his bloodlust for the Titans, Eren joins the Scout Regiment, an elite group of soldiers who fight Titans, with Mikasa and Armin in tow.

Death and blood is everywhere in this series, and its sudden turn into Holocaust allegory has led to a lot of complex discussion, to say the least. Attack on Titan’s focus is, in fact, not on the extensive action scenes, but on the moments of conversation between battles, when characters are faced with deep moral dilemmas and searching for the point of fighting impossible battles. 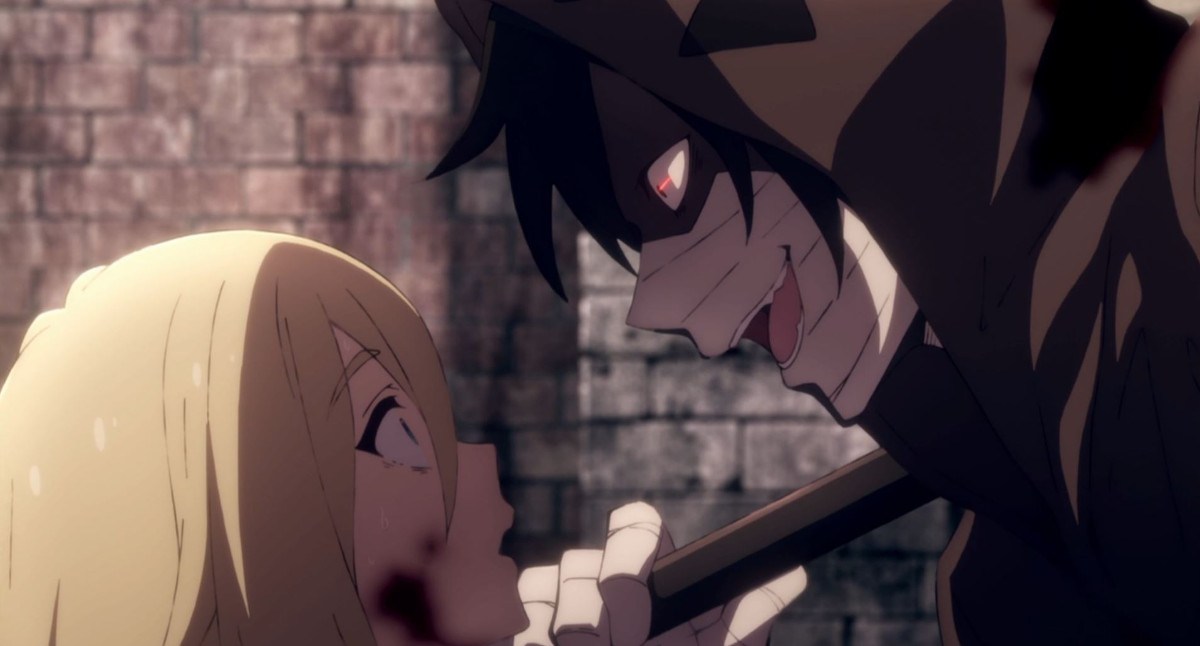 Trapped in the basement of an abandoned building with no memory of how she got there, 13-year-old Rachel searches for a way out and comes across a serial killer named Zack, covered in blood and bandages, sporting a grim-reaper vibe with a large scythe. The two agree to help each other back to the surface under one agreement: that Zack kills Rachel and Rachel smiles for Zack. Strange? Very.

Things get even more cringey as Zack and Rachel discover they are not the only ones in the building. As they go up each floor, they are met with a set of life-or-death challenges, created by other serial killers to test the minds and wills of Rachel and Zack. And the closer the two get to the surface—and, oddly enough, to each other—Rachel and Zack uncover the secrets of their past, trapped in the corners of their minds for self-preservation.

Angels of Death is an incredibly fitting title for this anime that quite literally parallels the serial killers inside the strange building to almost angels with the way they view their murderous games. The show has a twisted way of showing pure-intentioned hearts inside deeply disturbed characters, and you honestly can’t help but feel for them as perceptions of their “good” and “bad” actions become a lot more complex. 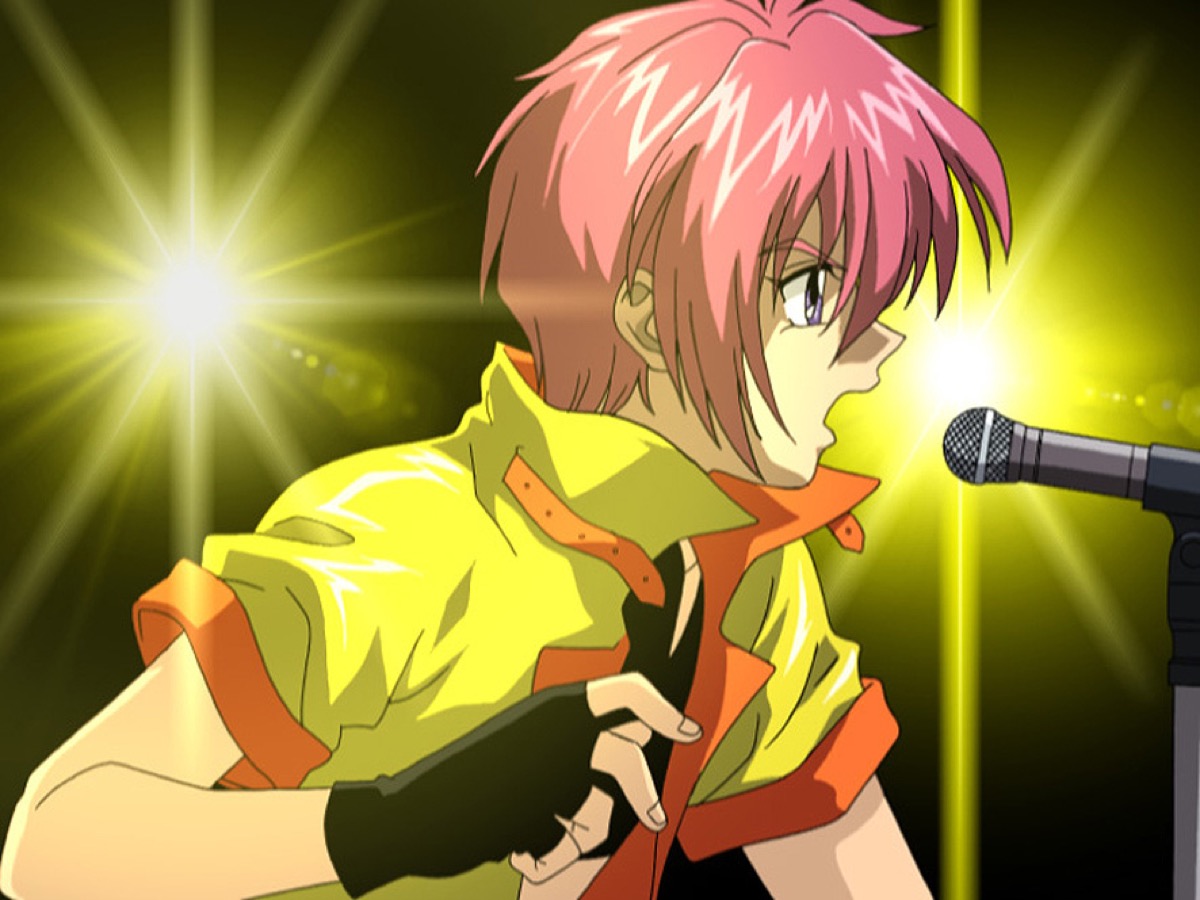 Unlike many other uncomfortable anime, Gravitation is actually a generally light-hearted, comedic romance, at least in the beginning. Granted, the unapologetically cheesy dialogue delivery and shameless use of puns is plenty cringey, but it’s all part of the ’90s anime charm. The show becomes more dicey, however, as the story progresses, diving into darker themes of broken trust, trauma, and homophobic hate crimes.

Aspiring singer Shuichi Shindou and his band, Bad Luck, want to become Japan’s next big pop-rock stars, following in the footsteps of the famous idol Ryuichi Sakuma. However, Suichi’s confidence is derailed when young, handsome author Eiri Yuki tells Suichi he has no talent for writing lyrics. Suichi’s eccentric personality, and his determination to prove Yuki wrong, results in the two actually falling in love. While Gravitation does give way to some outdated tropes, there’s more substance below the surface.

Shindou’s and Yuki’s relationship is met with opposition from homophobic band competitors who brutally attack Shindou and from Yuki’s close family, who can’t forgive themselves for the attempted sexual assault Yuki almost endured when he was young. Despite the show’s bubbly and romantic start, things get uncomfortable fast, but all for the purpose of unpacking Suichi’s heartbreaking question after his attack: “Why is it wrong to want to be with the person I love?” 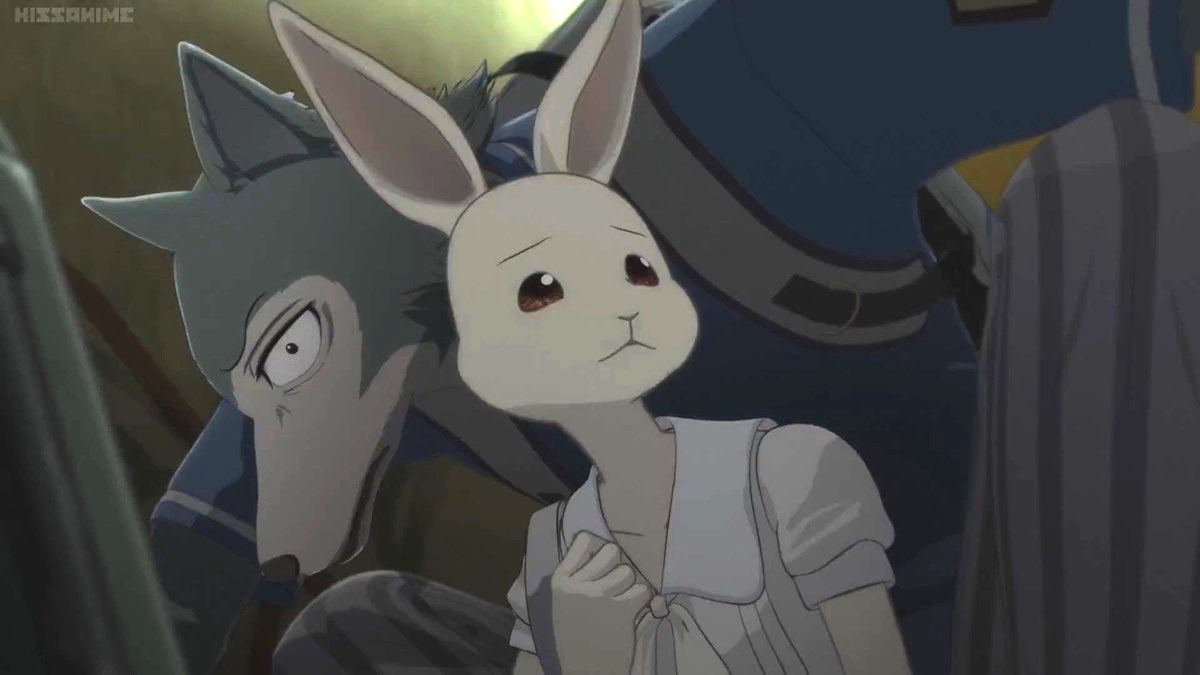 Following the investigation into the murder of an alpaca named Tem on school grounds, both herbivore and carnivore students at Cherryton Academy find themselves on edge and more suspicious of each other than usual. The tension becomes even more palpable for wolf student Legoshi when he finds himself attracted to a dwarf rabbit named Haru. Despite almost killing her one night on instinct, Legoshi can’t seem to fight the urge to be near the rabbit, but is that love or a thirst for blood talking?

Beastars defies all natural order of the animal kingdom as we know it with the two main characters beginning, at first, an unlikely friendship which leads to more romantic interactions. But within the unorthodox suggestions that come with Legoshi and Haru’s potential relationship is the theme of love versus addiction, Legoshi’s attraction to Haru often resembling a drug addict going through withdrawals.

The show is also well worth a watch for its multi-leveled narrative highlighting social class and racism between the student species, the way it unpacks Haru’s mental state of always being pitied and desperately wanting a purpose, as well as its calling out corrupt government organizations.

What other boldly uncomfortable anime are worth the cringes? Let us know what favorites we missed in the comments below!