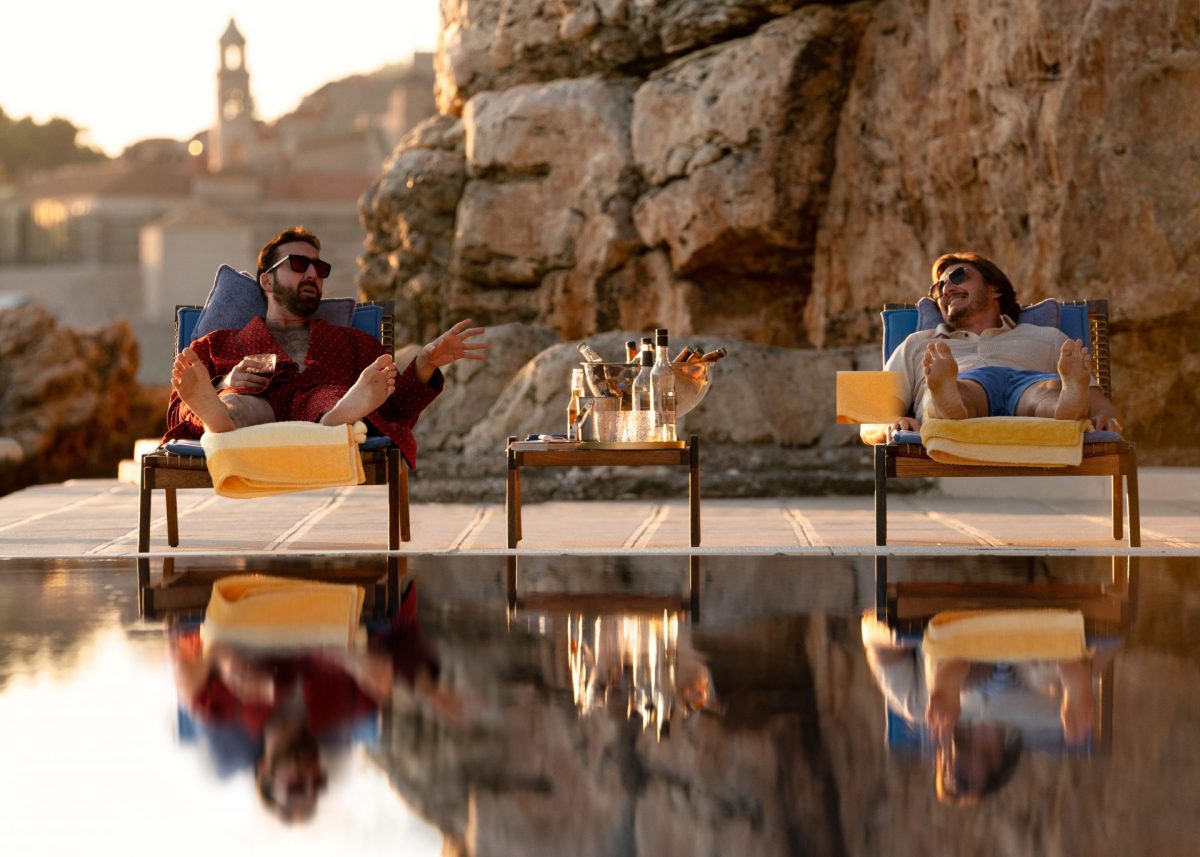 When you think of Nicolas Cage, you think of either a perfect performance or one that leaves you going, “What did I just watch?” but that’s part of the allure of a Nic Cage movie. So, what happens when you throw him into a movie as Nick Cage? (The K is added to make him ~*different*~) Absolute chaos in the best possible way. The first trailer for The Unbearable Weight of Massive Talent is here and gives us a look into super fan Javi (Pedro Pascal) and his million-dollar birthday guest, Nick Cage (played by Nic Cage).

The premise is simple: Javi wants to have a lavish birthday party with his favorite actor, and Nick Cage needs the money. So, he goes with it, and it takes them on a journey through Nick’s most famous roles, and I would like to thank Ike Barinholtz for representing me in this trailer, the number one Face/Off fan.

The official synopsis reads as follows:

“Nicolas Cage stars as… Nick Cage in the action-comedy The Unbearable Weight of Massive Talent. Creatively unfulfilled and facing financial ruin, the fictionalized version of Cage must accept a $1 million offer to attend the birthday of a dangerous superfan (Pedro Pascal). Things take a wildly unexpected turn when Cage is recruited by a CIA operative (Tiffany Haddish) and forced to live up to his own legend, channeling his most iconic and beloved on-screen characters in order to save himself and his loved ones. With a career built for this very moment, the seminal award-winning actor must take on the role of a lifetime: Nick Cage.”

This is easily the movie I’ve been waiting for the most (outside of my Marvel movies, obviously) lately. Just the idea of hanging out with your favorite actor and recreating their movies? Absolutely incredible! And with someone like Cage, that means it is going to be completely batshit in the best way. I just hope that Abed is okay.