Perhaps they think they're all going to look like Tricia Helfer? 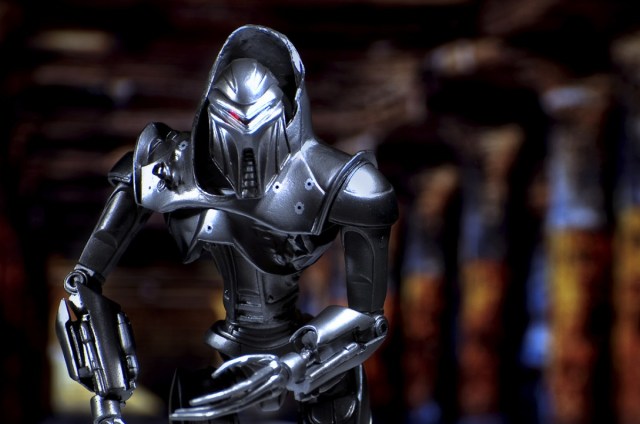 We already have terrifying robots in the world, ranging from the super-fast to the creepily uncanny. But you know what we don’t have? Robots that can kill without a human telling them to first. Apparently the UN isn’t cool with the whole “no killer robots” thing, because the issue is about to come up for debate. It was nice knowing all of you.

At the UN Convention on Certain Conventional Weapons, held from May 13 to 16 in Geneva, robotics experts and Professors Ronald Arkin and Noel Sharkey will be debating the effectiveness and necessity of killer robots. Technically – and somehow even more ominously – known as “lethal autonomous weapons systems,” these robots would hypothetically have the ability to eliminate targets without human intervention. It’s technology which doesn’t quite exist yet, but we all know where we’re headed.

Apparently there are actually people in the “we should definitely have robots with the ability to kill whatever they want” camp, which is why the issue is up for debate at all. It remains to be seen whether or not anyone arguing this side has ever seen a Cylon or a Terminator or the The Matrix or like literally any movie about the future ever made.

Professor Sharkey is going to be arguing for sanity, and is also the co-founder of the Campaign Against Killer Robots and the chairman of the International Committee for Robot Arms Control. So if the word doesn’t end via robot assassinations, we can thank this guy.

(via BBC, image via Peter Ladd)