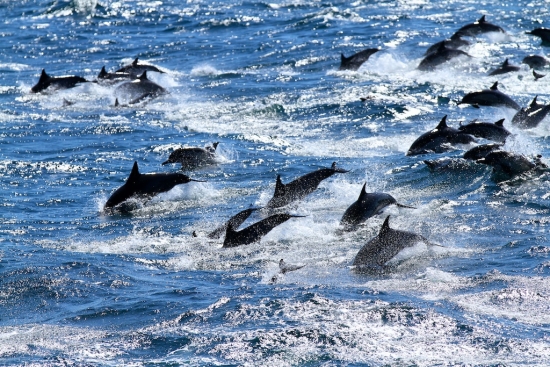 Whenever the phrase “attack dolphins” happens to be uttered, the typical imagery that comes to mind is of Cold War operations that trained the aquatic mammals to perform various tasks, like hunt for mines. This is apparently not true for everyone, however. Even today, some governments are supposedly training dolphins to kill. Specifically, the Ukrainian navy allegedly wants to outfit dolphins with head-mounted pistols. That’s a comforting thought.

The killer-dolphins will be trained to attack enemy combat swimmers using special knives or pistols fixed to their heads, the source said. “We are now planning training exercises for counter-combat swimmer tasks in order to defend ships in port and on raids,” [the military source] said.

Special knives might not seem like that much of a threat, but Flipper’ll cut you without thinking twice about it, man. These dolphins are totally hardcore.