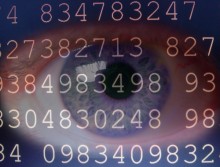 A new U.K. law, expected to be announced during the Queen’s Speech in May, would allow the Government Communications Headquarters ( — a British intelligence agency — to have unlimited access to a wealth of information about U.K. citizens’ communications. The law, which proponents claim is necessary for tackling terrorism and crime in general, would allow the GCHQ to pull up records concerning any citizen’s phone calls, text messages, emails, and web history. At the moment, access to such information requires the permission of a Magistrate, much in the same way search warrants work in the United States. The new law, however, would remove this step.

While the GCHQ’s access to the collected information would be unlimited, the information itself is not as in-depth as it could be. The access would allow the agency to track users’ web history in full, specifically the sites they have visited, but when it comes to calls, texts, and emails, the agency would not have access to the actual contents. That is to say, if the law were to pass, the GCHQ could monitor who a U.K. citizen calls, texts, and emails, where they do it from, and how often they do it, but it could not monitor what either party is actually saying.

The legislation doesn’t exactly mandate the collection of additional data; it’s more about the level of access. For the time being, the GCHQ could totally get this kind of intel, but only with the permission of a Magistrate. The new law, if passed, would simply allow the GCHQ to get in there and get its hands dirty whenever it sees fit. The main argument for the law, beyond vague appeals to increased safety and decreased crime, is that as things stand, many criminals or terrorists are able to fly under the radar and thereby opperate unharassed. The new law would basically remove the barrier under which such criminals are flying.

The main argument against the law is that there are plenty of innocent people who would be subject to such monitoring, and cutting out the necessity of Magistrate approval will make it dangerously easy for the GCHQ and the government in general to slip into casual “snooping.” In addition, the law would seem to broaden the scope of observation, muddying the waters so to speak. If focusing on criminals and terrorists means the collection of more important information, broadening the focus to “everyone” could very well lead to the collection of more useless information.

Right now, the discussion of such a law is pretty abstracted, and the implementation of the law itself is far off. If an announcement is made in the Queen’s Speech, the law will still have to pass through Parliament where it will doubtlessly face heavy opposition. Still, the mere proposal of such an unchecked monitoring law is making waves. Clearly, this discussion takes place at the edge of a very, very slippery slope. Hopefully, those involved have the presence of mind to tread carefully.