Your Regular Reminder That Hacking Nude Photos Is a Crime, This Time Courtesy of Kristen Stewart 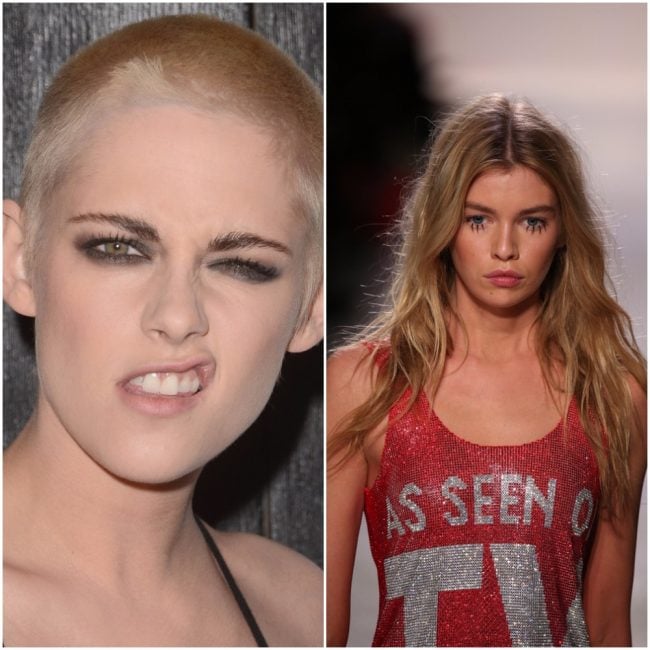 I’m starting to get really tired of the victim-blaming surrounding the leaking of celebrity nude photos. As if a person having a certain profession gives people license to steal their private property, digital or not, and that by very virtue of their existence as a famous (usually female) person, they’re “asking for it.” Apparently, Kristen Stewart is getting tired of it, too.

As reported by TMZ, lawyers representing both Stewart and her girlfriend, model Stella Maxwell, are contacting various websites that have posted hacked nude photos of them. The pics in question show Stella in the bathroom, taking a selfie with Kristen posing naked behind her, capturing an intimate moment for posterity that was not supposed to be for the whole world.

This was apparently the work of the same person/group who hacked the iCloud accounts of Lindsey Vonn, Katharine McPhee, and Miley Cyrus recently. In Vonn’s case, it wasn’t nudes of her that were stolen, but rather, nudes of her ex-boyfriend, golfer Tiger Woods.

Does your opinion change as to how much this was “asked for” or how “attention seeking” taking nudes is when it happens to a dude who sent naked pictures to his girlfriend? If it does, congratulations! You’re a sexist! (BTW – if you victim-blame in either case, rather than put the blame squarely on the hackers’ shoulders where it belongs, you might not be a sexist, but you’re still a douche.)

In any case, since we live in a terrible world where people can’t wrap their heads around the fact that stealing someone’s private nude photos (stealing, ie: the very definition of non-consensual) is morally, ethically, and legally wrong, the defense that Stewart and Maxwell are going with is copyright infringement.

As in, by having taken the photos, they have the copyright, and so if you want to use their photos, you have to ask and/or pay for their use, or it’s against the law. Oh, and plenty of people flout those, too, thinking they’re entitled to anything they can grab on the Internet.

News flash: you’re not. No one is entitled to content created by someone else. Ever. Sorry hackers and pirates. Just because I accidentally left my door unlocked doesn’t mean you’re entitled to rob my apartment. That’s not how shit works. Morality isn’t directly proportional to level of security.

Stewart and Maxwell are not the only ones taking legal action. Yesterday, Tiger Woods also had his legal team reach out to websites that posted his photos. In fact, most of the celebrities involved are pursuing legal action. As well they should.

People taking nude photos of themselves and their lovers is nothing new. Even before the Digital Age, people were taking analog nude photos of themselves and others. Even going so far as to have the photos developed by strangers whose job it was to develop pictures, having to leave them there and wait several days for them in which anything could’ve happened to them and where anyone could’ve stolen them/duplicated them/etc. This isn’t a problem the Internet invented.

If you would’ve thought that a clerk at a film processing place was a horrible human for stealing someone’s nude photos and making his/her own copies and disseminating them back in the day, but think that people who take digital nudes of themselves “have it coming” when they’re hacked and leaked, I don’t know what the hell is wrong with you.

Human decency has always been human decency. We risk having things stolen from us whenever we leave the house. That doesn’t mean we don’t leave the house. At a certain point, we have to be able to trust each other to function, and if someone betrays that trust, we should think less of the betrayer, not the person whose privacy has been violated.