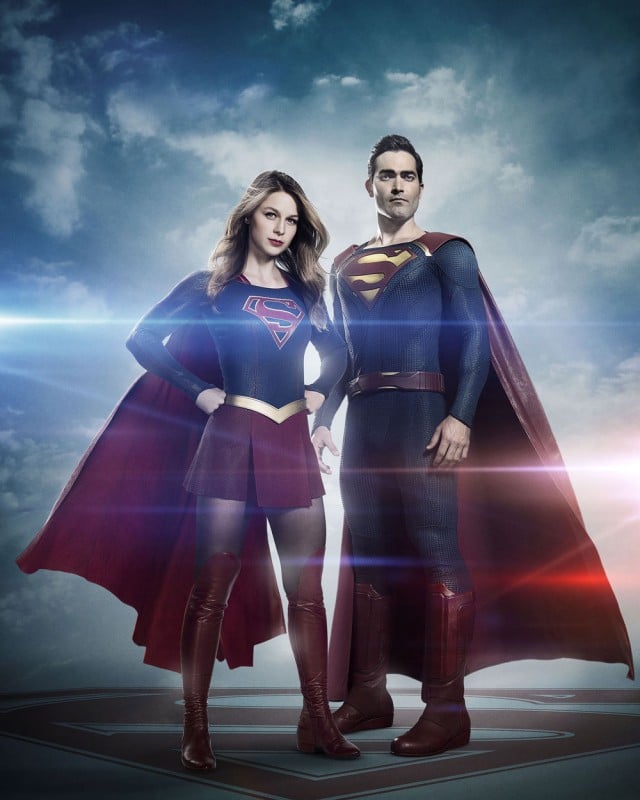 Yeah, I know, we’re all kind of already used to Henry Cavill (or perhaps even Dean Cain) as our Superman, but now, The CW wants you to maybe start thinking of Tyler Hoechlin as another possible Supes. They recently released a promotional photo featuring Supergirl standing next to Hoechlin’s Superman, and while it’s got enough lens flare to make J.J. Abrams jealous, it seems that Hoechlin makes a darn fine Kryptonian hero.

They both, of course, are sporting some similar looks, with a few key differences. The seal of the House of El (the “S”) has some minor differences, but the primary color scheme throughout Superman’s suit remains true to the classic style. Even Hoechlin’s hair seems to be defying a bit of gravity itself, perhaps only lacking the classic Superman’s spit-curl.

We’re super (get it) looking forward to what this new season of Supergirl has to offer, and we’re doubly excited about the fact that she’s being touted as the “common thread” to a big ol’ crossover between Arrow, Flash, and Legends of Tomorrow. I don’t know about you, but I am so down for a major TV crossover event. Aren’t you?