Tycho Brahe Was Not Poisoned, Had A Brass Nose, Say Researchers Who Dug Up His Corpse 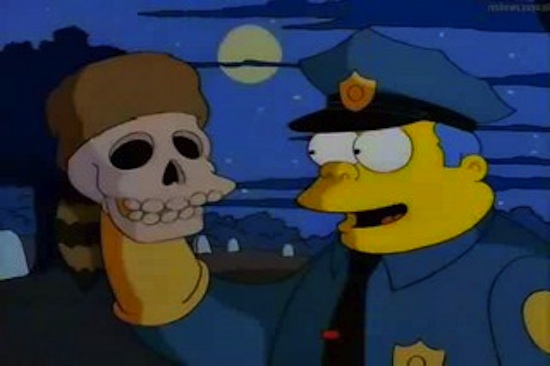 Researchers at Aarhus University in Denmark have put to bed once and for all the rumors of Tycho Brahe’s murder by mercury poisoning that have swirled for more than four hundred years, and all it took was exhuming the long interred corpse of the Danish astronomer from it’s rightful resting place. Researchers have also found that Brahe’s prosthetic nose, rumored to be cast from gold or silver, was actually made of brass, presumably solving this last mystery because, hey, if you’ve already got the guy dug up and all, why not, right?

Tests on the remains of the long dead godfather of modern astronomy revealed he was not killed by mercury poisoning, as one common theory held. Researchers measured the levels of the deadly chemical in the remains of Brahe’s beard, and while they did find evidence of its presence, there was nowhere near enough mercury found to bring on the sudden, inexplicable illness that killed Brahe in 1601. The levels of mercury found, in fact, indicate that Brahe wouldn’t have been exposed to high levels of the chemical at any time in the last five years or so of his life.

While that puts one theory to rest, it doesn’t really bring researchers much closer to understanding what did kill Brahe, whose untimely death remains one of the great unsolved mysteries of scientific history. According to the notes of his student, Johannes Kepler, Brahe took suddenly and dramatically ill following a feast, before which he had been in largely good health. Within a few days, he was dead of a mystery ailment that had him in delirium for the final days of his life. What that ailment was remains unknown even after this latest round of research.

One mystery that was solved was that of Brahe’s prosthetic nose. The astronomer lost the tip of his nose during a duel in 1556, and wore a prosthetic for the rest of his life. While tradition holds that the nose cas forged from gold and silver, chemical analysis shows that Brahe’s fake sniffer was in fact composed of slightly more pedestrian brass. It’s not a solution to the lasting conundrum of what ended the life of one of Europe’s premier scientists of the time and a man whose work eventually became the foundation for his better known student Kepler’s laws of planetary motion, but it’s something, we suppose.