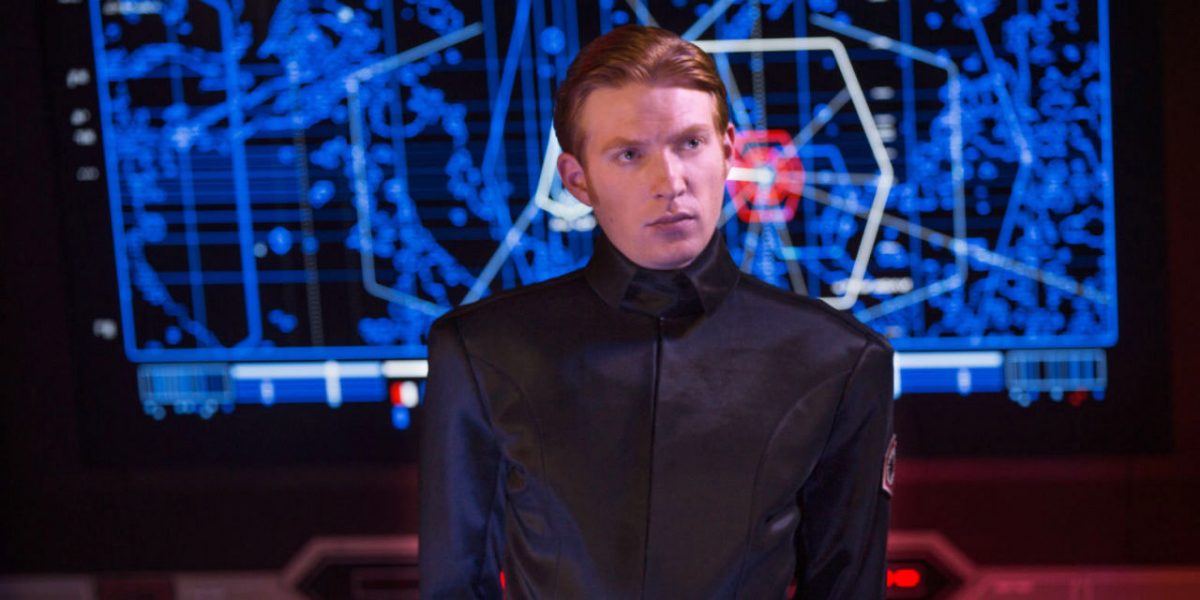 With great power comes even greater anxiety. Domhnall Gleeson, who plays General Hux in the new Star Wars trilogy, was a guest on the Happy Sad Confused podcast. During the interview, he discussed the paranoia and anxiety that comes with reading one of the most hotly anticipated scripts in Hollywood. Now, the actor is terrified that he’ll accidentally spoil details from the upcoming film.

Gleeson said on the podcast, “I made the terrible mistake of reading the script, I know everything. The nightmare is falling asleep on public transport … The nightmare is you wake up on a plane and someone’s dictating. You wake up and your mouth is shaping words, you wake up and you’re like ‘Skywalker did this.’ And then you realize you don’t know how long you’ve been speaking, and there’s a kid filming, there’s somebody writing it down. And because you’re in the air, you say, ‘We need to have a talk before we land, I can access my bank account.’”

Don’t worry Domhnall, Tom Holland and Mark Ruffalo have been spoilering Marvel deets for ages, and most of us find it delightfully charming.

Domhnall GleesonStar Wars: The Rise of Skywalkerthings we saw today