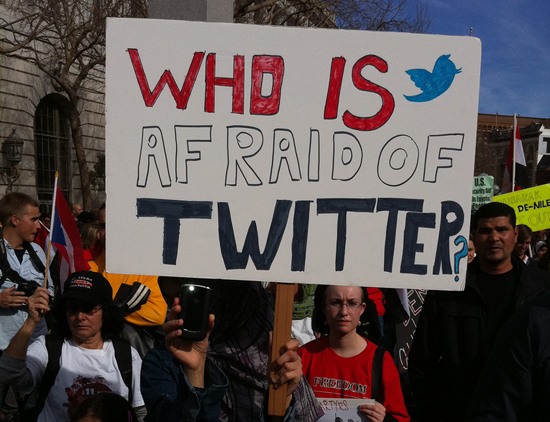 Twitter‘s not often one to involve themselves in somewhat controversial actions. Twitter users, sure, but not the company itself. This is why their announcement back in January that they now could effectively censor tweets that break local speech laws was seen as an issue. Freedom of speech is freedom of speech, dissenters said, and this kind of prohibitive action would make future social uprisings far more difficult. Yesterday, Twitter officially used this power for the very first time to censor the tweets of a group called Besseres Hannover from appearing in Germany.

The group, according to The Verge, is described as potentially operating a criminal organization that had their assets seized by the Hanover police. Per a letter dated as having originated on September 25th, the local police apparently contacted Twitter with a request to close down the account associated with Besseres Hannover completely, so this appears to be something of a middle ground.

Even though they’ve censored the tweets of the account locally, said updates will continue to appear globally. It’s pretty obviously not the solution the police wanted out of this, but it also allows Twitter to somewhat comply to legitimate requests while still officially supported free speech. As any good alarmist will tell you, however, the question is now where the line is drawn.

The action was announced by Twitter General Counsel Alex Macgillivray, though he also noted he wasn’t a fan of withholding content. Even so, it’s “good to have tools to do it narrowly and transparently.” They might be involved in censorship, but at least everyone totally knows how and why.