Oh God, Twitter’s Big Reply Changes Are Like a “Reply All” From Hell

Not the future liberals want. 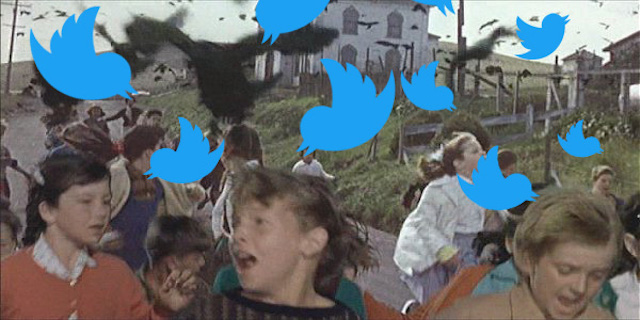 Things often change on the Internet, and those changes are often scary and sometimes bad. Today, it’s Twitter that has attracted attention by removing reply recipients’ usernames from their trademark 140-character limit, which sounds great on the surface—yay more characters—but the implications get messy very quickly.

That’s because, among other quirks of the new system, you can tag as many people as you want in a single thread, meaning you can flood other users with notifications and tweets. Gizmodo demonstrated this excellently with a Twitter thread by John Cook, which now has tons of people tagged. Not only that, but the new tagging mechanism automatically tags all of these thread participants, willing or not, in subsequent tweets, and anyone who has ever used Twitter already knows the pain of being involved in a thread against their will.

It’s essentially a recipe for even worse harassment problems than the platform already faces (or at the very least, some annoyance), and they’ve still never dealt with the existing ones adequately, so we’re not holding our collective breath on this one. We’re especially worried about that problem considering that tags no longer affecting character count is generally a good thing, so the people at Twitter may not be too worried about cleaning up the implementation, despite reassurance that their “work isn’t finished” and they’ll keep trying to “improve conversations.”

In good news, though, there is a way to not reply to everyone on a thread if you’re trying to fly casual and avoid attracting the attention of specific, potentially troublesome users will replying to others in a thread. When typing a reply, just click on the underlined text on the line displaying who’s participating, and you can select and deselect individual users.

That’s a good start, but limiting the number of people you can tag with a single reply might be the way to go to keep this from getting out of control, and it’s bizarre yet unsurprising that it wasn’t built in from the start.

Here’s a summary of the situation in tweets both classic and new:

USER: 200 times a day, CuckFuhrer420 threatens to kill my children
TWITTER: would it help if he could tag an unlimited number of children