If You Drink and Drive in Minneapolis or St. Paul Your Name Will End Up on Twitter 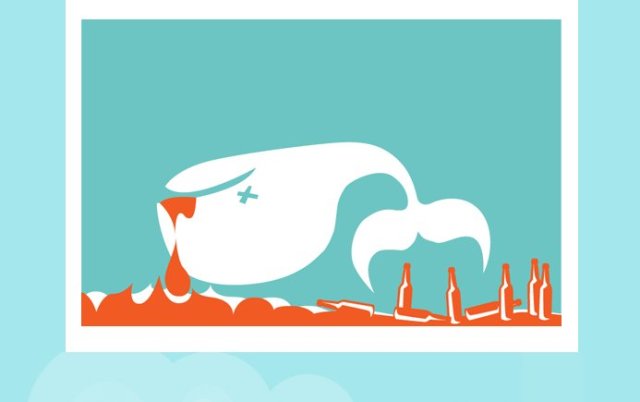 We all know the usual consequences of drinking and driving (see: Death), but the Department of Public Safety in the cities of Minneapolis and St. Paul wants to add another one — shame. They’re stepping up enforcement of drunk driving laws this weekend, and they’ll be tweeting out the names of all the people they arrest for driving while intoxicated.

Friday night 150 patrol cars will be out looking to bust people for driving while intoxicated, and when they do they’re going to post the names of the perps on Twitter, presumably from the @MnDPS_DPS Twitter account. If they really want to drive the point home, they should get everyone’s Twitter handles when they’re arrested and @mention them.

Has Twitter just become to the modern version of throwing someone in the stocks to be publicly shamed. Will fear of digital embarrassment actually cut back the number of drunk drivers on the road? We’ll have to wait and see, but as far as ideas for using social media go, we’ve certainly heard worse ones than this.

It should go without saying, but don’t drink and drive — but especially not Friday night if you live in the Twin Cities.

(via KSTP, image via Todd Sanders)