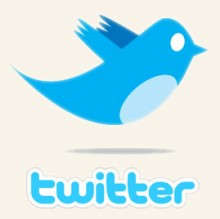 Both Mashable and TechCrunch report that their “sources” tell them that Twitter is planning on announcing inline pictures and video on Twitter.com during the company’s much-anticipated announcement at 4pm PT/7pm ET tonight.

TechCrunch has found the following code on Twitter.com, which could point to click-to-expand pictures or videos coming to your Twitter stream:

If reports are correct, it could be bad news for third-party image and video hosting services like Twitpic, YFrog, and Twitvid, as the holes they fill into the service could well be plugged by Twitter itself, depending on the scope of the rumored feature rollout. Also unclear is how Twitter clients like Tweetdeck would adapt.In July, some users who went into Twitter’s settings encountered a “Tweet Media” feature which allowed video and pictures: Twitter confirmed to Mashable that it was testing inline pictures.

Could this feature, which provoked a wave of rumors when it was first sussed out in July, be permanently rolling out to everybody? When would it? More questions than answers right now; we’ll have to wait until Twitter’s announcement to see.

UPDATE: The big announcement from the conference amounted to a relaunch of Twitter.com, featuring a two-column style with the regular 140 character stream appearing on the left and embedded content, including pictures and video, displaying on the right. So, it looks like the rumors were true. Select users have been given access to the new features, but no official date for when the new features will be available to everyone has been announced.