Library Of Congress Acquires Rights To Every Public Tweet 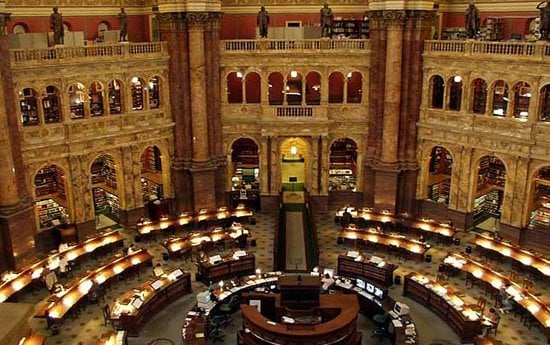 Want to get your written works in the Library of Congress, but don’t have the time to write more than, say, a couple sentences? Well, worry no more, because the world’s largest library just announced a deal to house every public tweet (via a tweet of its own, of course).

They also posted the news in more detail on their Facebook page (and their blog, but that’s inaccessible at the moment). Says library blogger Matt Raymond:

I’m no Ph.D., but it boggles my mind to think what we might be able to learn about ourselves and the world around us from this wealth of data. And I’m certain we’ll learn things that none of us now can possibly conceive.

Both Ars Technica and ReadWriteWeb similarly noted that Twitter’s sheer volume of data makes this an intriguing – and potentially important – step for research of current culture as a whole. And Marshall Kirkpatrick of ReadWriteWeb posed what might be the biggest question of all:

Will there be a web interface for searching [the archive] and will that change the face of Twitter search for good?

Imagine the possibilities of every tweet being searchable, with no “Older tweets are temporarily unavailable” catch. If people think Twitter itself is a productivity killer…