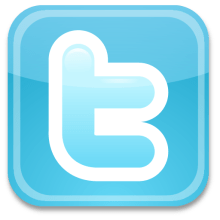 You may have heard of The Linux Foundation, a nonprofit consortium to promote the growth and maintenance of Linux. Franky, Linux could use this, as the operating system is as full of potential as it is fragmented into many different groups. You also may have heard of a little thing called Twitter, a social network focused on letting people know what other people had for lunch. Twitter just threw its weight behind the Linux Foundation by joining up.

By entering into the Linux Foundation, Twitter joins the ranks of heavyweights like IBM, Google, Intel, and Hewlett-Packard. Twitter’s Open Source manager, Chris Aniszczyk, praised Linux, saying, “Linux and its ability to be heavily tweaked is fundamental to our technology infrastructure.”  If you’re into this sort of thing, Aniszczyk will be keynoting at LinuxCon next week, regarding the open source technology behind a tweet.

What does Twitter joining the Linux Foundation mean for you? Probably not much, even if you use Linux, since Twitter works fine with popular Linux distributions, and there are multiple Linux Twitter clients out there if you aren’t into using your web browser. However, in the longrun, it’ll be good for Linux as a whole to have as many big-name companies throwing their weight behind it as it can. The more companies that are in support of it, the better it’ll get, and you want it to get better. It’s a free, highly customizable operating system, after all.