Those literally mean the same thing. 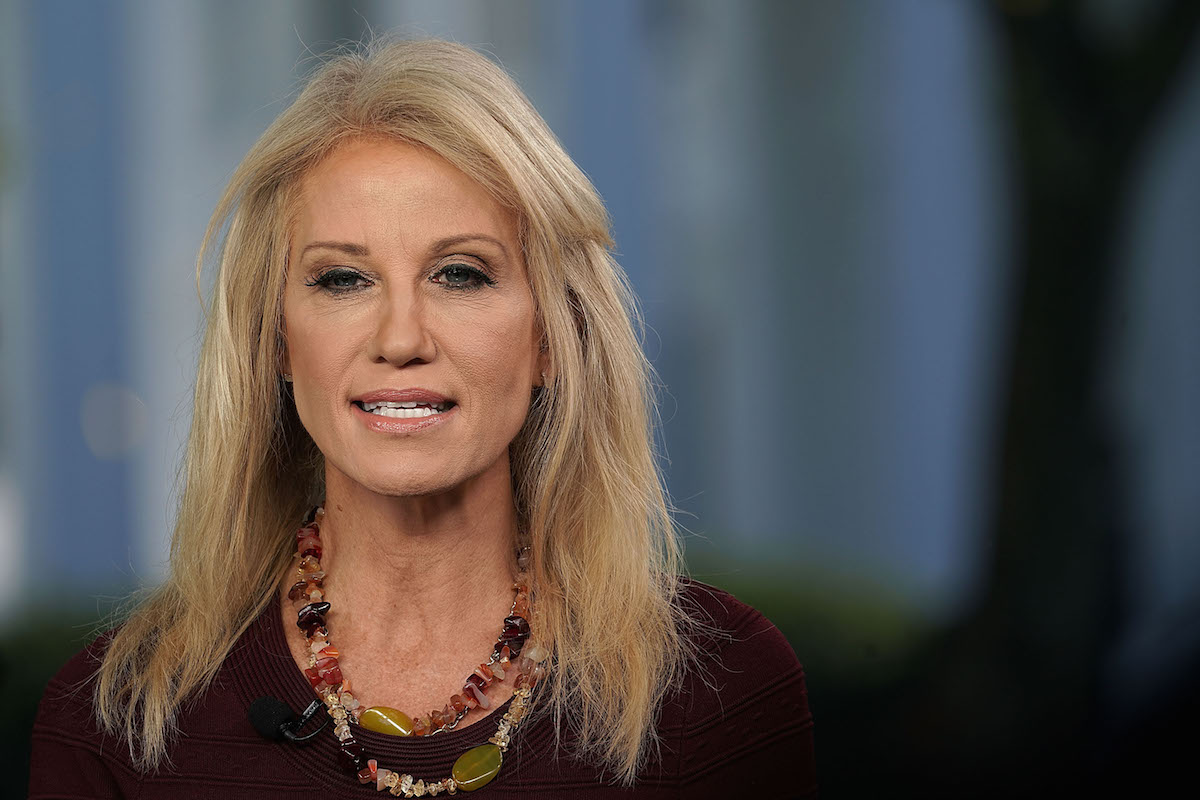 It’s been a while since we had Kellyanne Conway out here, trying to redefine words in real time, but we should have known we couldn’t keep her away for long. She’s back on her Doublespeak bulls**t, this time defending the validity of a video of what she would like to convince us was a physical altercation between CNN’s Jim Acosta and a White House aide.

Last week, if you remember, Acosta refused to back down to Donald Trump during a White House press conference, despite Trump’s insults and his demand that Acosta give up his mic. He wouldn’t, and at one point, the aide reached to grab the mic. Acosta held firm, and put his arm out to block her reach. At least, that’s how it looked to most reasonable viewers.

Sarah Huckabee Sanders, on the other hand, tweeted a video that appeared to have been made by an InfoWars editor, with doctored footage of the incident. The footage is sped up and chopped apart, with a red, grainy scare-lens placed over it.

Conway appeared on the essentially state-run Fox News to defend the video, denying claims that it was “edited,” “altered,” or “doctored,” saying it was only sped up, which, according to her, they do “all the time in sports to see if there’s actually a first down or a touchdown.”

I just want to note here that it’s literally the opposite of what they do in sports https://t.co/QmhXb6U6x9

That may seem like semantics, but it’s not. In the sports example that Conway herself gives, they slow something down to determine what actually happened. The InfoWars video, conversely, speeds things up to make them appear more violent. There’s absolutely no other reason to depict Acosta’s movements as faster than they were, and it’s disingenuous, if not an all-out lie, to suggest otherwise.

And even if the video were slowed down so as to give a better look at what really happened, it would still be edited and doctored. Those acts are the definition of that word, and just because the White House would like to convince us that a doctored video only shows us more truth than otherwise exists, they don’t get to reframe reality.

To see a man and a young woman engage in any sort of physical conflict is uncomfortable. I admit, while watching that video–the actual video, not the InfoWars/Sanders one–I was nervous to see how Acosta would react to this young woman attempting to physically remove the microphone from his hand. Personally, I think he handled it gracefully while standing his ground. Even for anyone who thinks he should have immediately given over the microphone, the implication that Acosta was aggressive in any way is ludicrous.

Donald Trump and Sarah Huckabee Sanders used that made-up aggression as an excuse to deny Acosta his press pass. That is infuriating for a number of reasons, but mostly because once again, we see the leaders of the Republican party weaponizing women to suit their agenda. If they actually cared about violence against women, there are plenty of examples from within their own party they could condemn without having to manufacture incidents like this. That’s absolutely not to imply that conservatives aren’t allowed to care about violence perpetrated by Democrats until they clean their own house. We see that argument time and time again from the right, directed at the left, and it’s garbage. But Republican officials seem only to care about violence coming from the left, whether or not (and in this case, it’s so very clearly not) it’s based in reality. They know that, depressingly, violence against women has become a partisan issue, and they only time Republican party leaders seem to care about it is when it can be weaponized against their opposition.

It’s impossible to shame Trump or Sanders or Conway for their manipulation because this is textbook gaslighting, and the only line of defense is to keep denying a reality they know to be untrue. We can still call them out for that behavior, because whether they will admit it or not, they are using women as political props and we can continue to remind ourselves that we–a collective “we” from viewers down to that White House aide–deserve more than that.