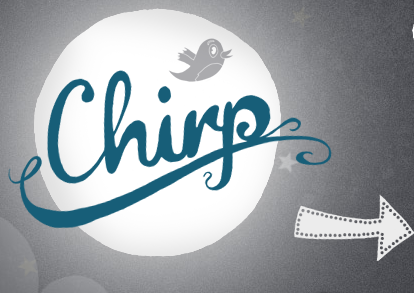 This afternoon, the folks at Twitter, Inc. announced that they would be hosting an event called “Chirp Day” in San Francisco from April 14th to 15th. The appropriately twee and sunny page they’ve set up to publicize the event is loaded with teasers: so far, the only official speakers are all Twitter employees (bosses Biz Stone and Ev Williams, plus COO Dick Costolo, and Director of Platform Ryan Sarver), but there will also be a “sneaky peek at Twitter’s un-released API features,” an afterparty, and — most intriguingly — a 24-hour ‘hack day.’

Details are sketchy beyond what’s on Twitter’s publicity-geared Hack Day page, which depicts a row of bean bag chairs in a “Hack Day hangar” and presents a schedule consisting of announcements, meals, “hacking” time, and workshops on OAuth, Cassandra, and Twitter’s various APIs.

It all sounds very collegial and kumbaya but for the announcement from 17:00-17:15: “Hack Day winners announced.” Quirkily curlicued red and blue notes mention that you can “win investment for your idea” and “get big media coverage,” so: for all of the freewheeling collaboration, developers still have some skin in the game. 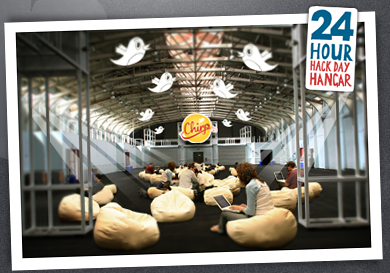 According to Mashable, the first 100 of the $469 tickets for the event are sold out. Also according to Mashable, this is going to be a rather small conference given the level of interest in Twitter: “Demand will certainly outstrip seats at this conference. Only 800 seats will be available (the Palace of Fine Arts Theatre, while gorgeous, is not a large venue for a conference).”