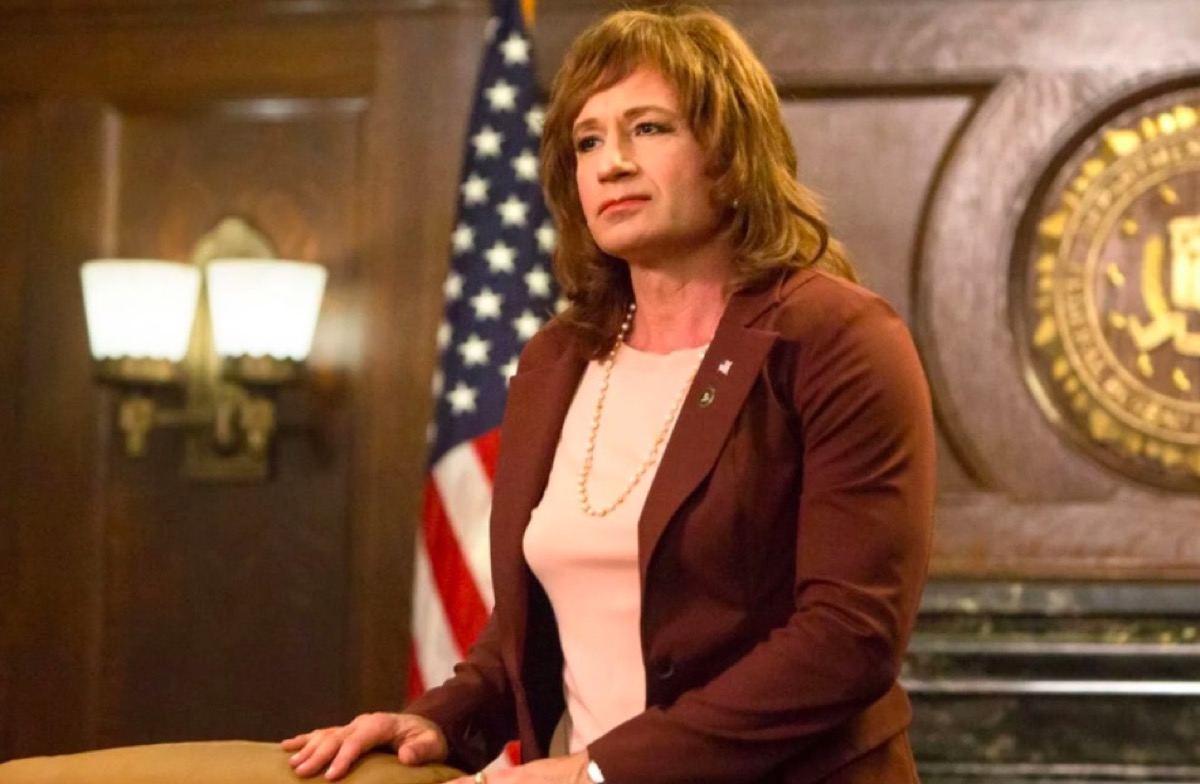 While there’s a veritable infinity of ways you could describe David Lynch’s cult classic television series Twin Peaks, socially progressive is not typically the first phrase fans reach for. The show, which aired from 1990 to 1991, has been an enduring cultural phenomenon, but upon rewatching, not all of its choices hold up to scrutiny.

The most cringe-inducing offense is, of course, “Mr. Tojamura,” a character played almost entirely for comedy and portrayed by a white woman in yellowface. The show’s distinct lack of characters of color (and mistreatment and questionable characterization of those who did appear) has also frequently been criticized, but despite its many misfires, there’s one aspect of Twin Peaks that was surprisingly ahead of its time: the introduction of Denise Bryson, a transgender DEA agent.

I know what you’re thinking. A trans character? In a 90s show? There’s no way that was handled tastefully. But right from the beginning, Twin Peaks’ approach to Denise’s characterization was unique for its time—unlike some other ’90s movies and TV (*cough* Ace Ventura *cough*) Twin Peaks hardly ever played Denise for comedy.

When Denise was first introduced, she wasn’t the butt of some joke or a spectacle to be gawked at—she was a quick-witted and powerful woman in a position of authority who was spoken of with great fondness by her friend and former colleague, Dale Cooper. Although he doesn’t know she’s transitioned when he’s telling Hawk and Truman about her, Cooper gives a glowing review of Denise as an agent, despite the fact that she’s arriving to possibly strip him of his position in the FBI.

When she finally does appear, there’s a moment of brief surprise on Cooper’s part, but the second that she corrects him and tells Dale that “it’s Denise now,” her identity is never questioned. Non-binary trans fan Ren explained to us what made Denise’s treatment on the show different from the moment she arrived: “What really shines with Denise is her relationship with Cooper. His immediacy in accepting her identity, his pride and affection for her, and him correcting himself when he fumbles.”

And although he does make a few fumbles, Cooper’s misgendering of Denise never comes from a place of bigotry, hatred, or callousness—and that’s leaps and bounds better than what many trans women face today, especially considering Denise’s rank in the government. However, despite Cooper’s staunch defense and unwillingness to let others treat her differently, there were still aspects of how Denise was portrayed that could’ve been handled better.

Of course, there’s the most glaring issue: Denise was played by David Duchovny, a cisgender man.

“It’s definitely not ideal. I would like it if trans women were played by trans women, or, failing that, preferably women, to reinforce the idea that they’re, you know, women, rather than a man in a costume,” Olga, a genderfluid Twin Peaks fan, told us.

After the show came and went (it did, after all, only air for a year), that could’ve been the end of Denise Bryson—a rather open-and-shut deal—but then (of course), Twin Peaks finally got to tell the rest of its story with Twin Peaks: The Return, which aired in 2017. While not all characters returned to the show (including Harry Truman, Josie Packard, and the aforementioned Mr. Tojamura, for obvious reasons), Denise was one of the familiar faces in The Return.

Although her role in The Return was even smaller than it was in the original series, David Lynch left no room for dispute about his feelings on trans rights when bringing the character back. In one of the show’s most memorable scenes, Denise and Lynch’s character, Gordon, have a conversation about how Denise was treated when she first joined the FBI. As Gordon recalls, when she faced criticism from her peers, Gordon told her colleagues to “fix their hearts or die,” and the instantly-iconic phrase became a rallying cry among LGBTQ+ fans, as well as an unmistakable sign of support from Lynch himself.

“‘Fix your hearts or die’ is a really powerful line,” Ren said. “It’s the end of the conversation. It’s a respected film auteur telling transmisogynists that they aren’t welcome to experience his work.”

While her role may have been small, Denise Bryson was a snarky, quick-witted, take-no-shit career woman and an early example of a positive portrayal of the transgender experience in mainstream media. Her appearance on the show had its flaws, of course, but for David Lynch to put his support behind the trans community, both in the ’90s and now, is an affirmation to trans fans everywhere that they’re welcome in the bizarre world of Twin Peaks.