Twilight To Be Taught in Cambridge Literature Class 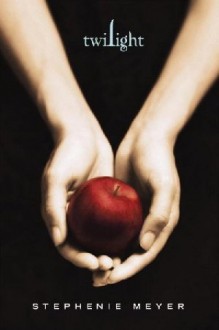 Soon, students at Cambridge University will be getting a new supplement to their educations: books from Stephanie Meyer‘s Twilight series.

According to BBC News, a newly-opened Cambridge center for the study of children’s literature (they call it a “centre,” naturally) will cover, among other things, Twilight, the Harry Potter series, and video games as works of literature.

In an interview, the soon-to-be director of the center/centre dismissed suggestions that Twilight and other contemporary series are “trash,” and even said that academics had something to learn about the ethical development of young people from children’s series and video games:

Professor Maria Nikolajeva, who will be the centre’s first director, said it was important to get an understanding of what was influencing young people.

She said: “It’s easy to say that these things are just kids’ fashions or that they’re trash, but I don’t believe that’s good enough.

“If what we regard as trash is popular with young people, we need to know why and whether, as researchers and teachers, we can offer them something that addresses the same needs but also deals with these themes in a critical and ethical way.”

She added many trainee teachers did not understand the significance of the latest children’s books or films when they went into the classroom.

“Studying this can help us deal with questions which are important not only for the children themselves, but for adults as well,” she added.

(BBC News via The Escapist)