Twenty Years Later, You’ve Got Mail Has Magic In the Form Of Kathleen Kelly 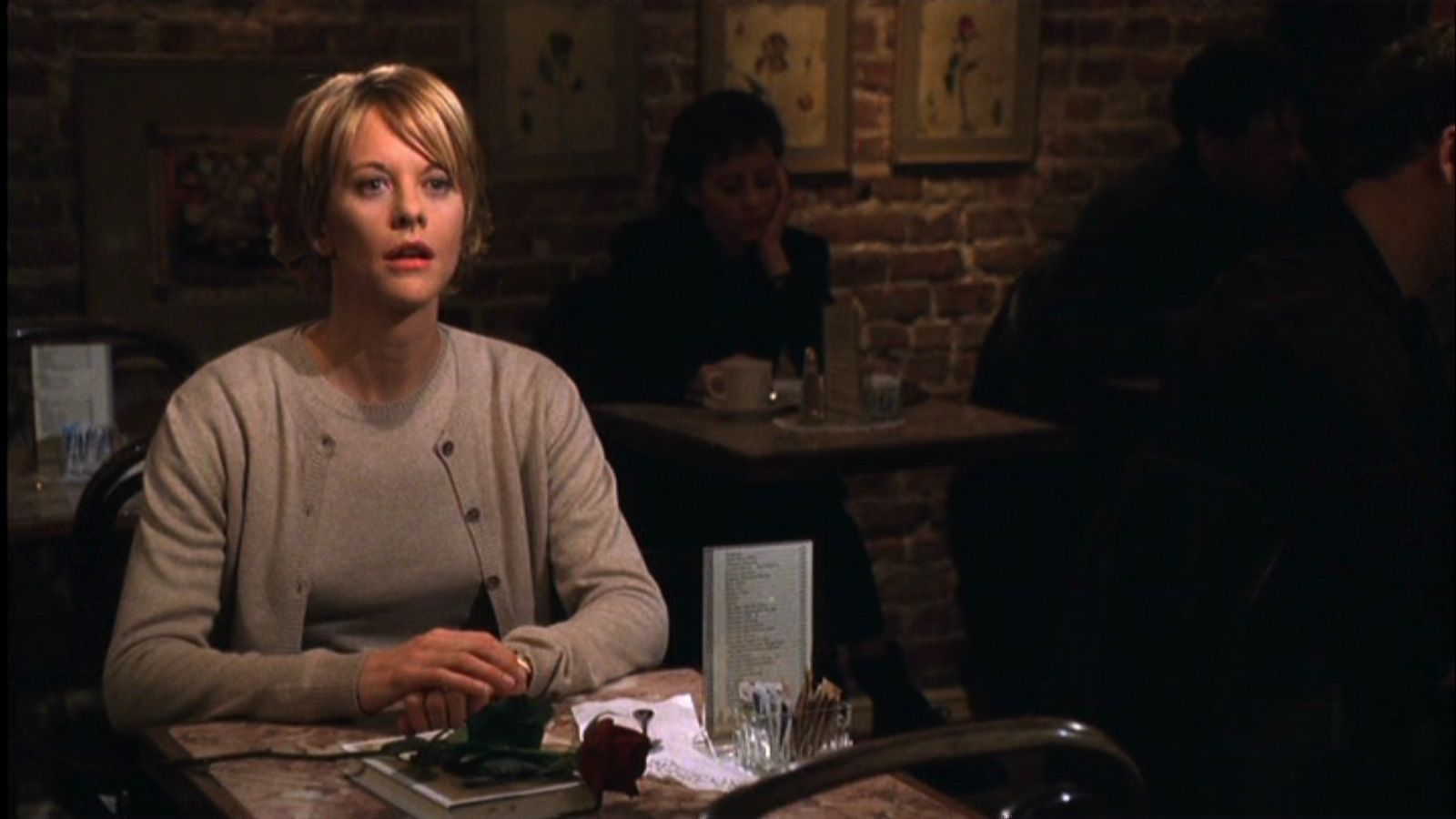 Tom Hanks. Meg Ryan. Nora Ephron. Nothing can go wrong with those three in a cinematic combination. Today marks the 20th anniversary of their second collaboration, You’ve Got Mail, which is one of the best rom-coms of the 20th century, and probably of all time.

Based on the classic The Shop Around The Corner, You’ve Got Mail centers on two New Yorkers who find each other online, unaware that one is mega-bookstore magnet Joe Fox and the other is the owner of tiny children’s bookstore Shop Around the Corner, Kathleen Kelly. When a Fox Books opens around the corner from Kathleen’s shop, it starts a rivalry offline for the pair, who don’t know that they’re falling in love online.

All is fair in love and publishing, of course. You can probably guess how the film ends, though what’s even better is the journey that it takes for them to get to the ending. There are the usual staples of rom-coms, including frustrating other boyfriends/girlfriends, a golden retriever, and moments that make you cry, all set to Ephron’s usual excellent taste in music. There’s a lot to love about the film, but best of all is Ryan’s heroine Kathleen Kelly.

Kathleen is a wonderful leading lady. There’s so much to say about her in all her simplicity. In an era when so many films center on career women who have to be taken down a peg and realize that romance and family is more important than their work, Kathleen’s career is never sacrificed for the sake of a man. True, and spoilers abound here, she does eventually lose her store. But there is never an instance in which someone suggests she give up her dreams to be Mrs. Joe Fox. She has the promise of being a children’s book writer on the horizon as she begins her next chapter of life.

Kathleen is also a heroine of refreshing simplicity. She is not a high-powered attorney or a famous actress. She owns a bookstore that her mother opened. As she says, she leads a simple life. And yet, her life carries far more meaning than the more high profile characters around her. We see through her actions, not the characters telling us, that she deeply cares about her customers and her work. She carries on her mother’s legacy beautifully. Her life is full of love, and therefore more success than Joe’s pre-Kathleen life.

She also gets to say the most important line I’ve ever heard as a reader when she talks about the importance of the books you read as a child. “When you read a book as a child, it becomes a part of your identity in a way that no other reading in your whole life does,” she says, and boy is that true. That simple line is not only a triumph of writing, but shows that Kathleen, as a children’s bookstore owner, gets it. It’s excellent character work and helps make her feel so much more real.

Kathleen is an inspiring character, even if I would have loved to see her find success following The Shop Around the Corner closing at the end alongside finding love with Joe. She is humorous and kind and courageous in her own gentle way. She fights for what she believes in with the same passion she applies to her “simple” life. Her emails to Joe, which Ryan delivers via voiceover, are gorgeous; not only is this a testament to Ephron’s character work but Ryan’s performance as Kathleen.

Kathleen represents the joys of a gentle life, from her reflections on a butterfly she spots on the subway to her tearful “I’d hoped it would be you” when she finally realizes Joe is her online paramour. True, there’s an element of creepiness to her love story: Joe helped destroy her livelihood and he realizes who she is, and proceeds to creep on her a bit, long before she figures out who he is. But there’s still a simple magic to Kathleen. I could happily read a book about her, her time at the bookstore, and her entire life in fact.

Ephron had a way with romance and character that few other rom-com writers had. Kathleen is a triumph of a heroine. She doesn’t need to be taught a lesson, or taken down a notch.

She is allowed to exist simply as a person. Her small life isn’t a weakness, but rather a strength and a key part of what sets her apart from the crowd. The film itself is a triumph of screenwriting and a prescient tale of online romance, but what makes it endure is Kathleen Kelly. Long may she reign as a queen among rom-com heroines.