We Talked to Tumblr’s Meme Librarian About the Year in Review, From A to Zuko 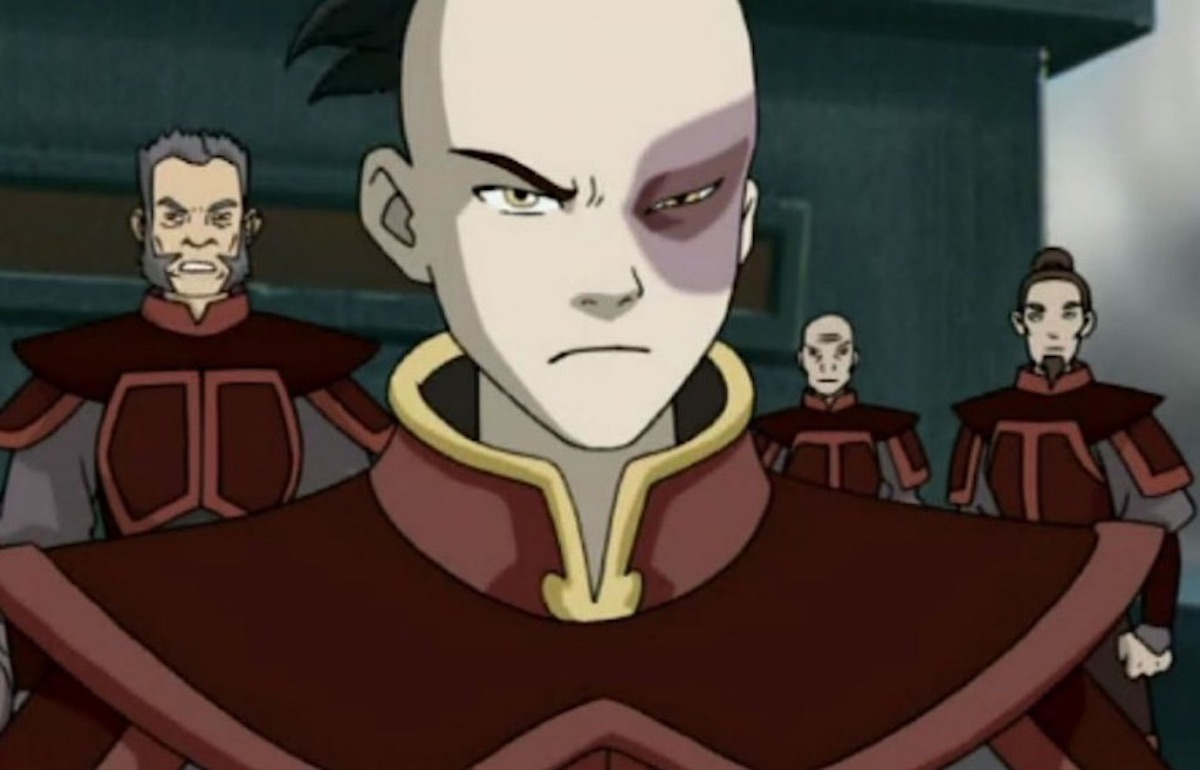 Tumblr’s annual Year in Review is a great way to see what folks were talking about and obsessing over on the blogging platform that remains a fandom stronghold. The ships and shows that got the most tags and traffic tell us a lot about what fandom is into, and what users of Tumblr really cared about this year.

And there’s no one that knows what’s trending on Tumblr and why better than Amanda Brennan, Tumblr’s resident meme librarian, who creates the Year in Review and all the accompanying posts. Amanda took the time to chat with the Mary Sue about what Tumblr users loved this year, what they ignored, and what to do when you’re reviewing a year most of us would like to forget ASAP.

First off, whether you’re looking at the Top Ships, Top Animated Shows, Top TV Characters, or just the top 20 THINGS overall on Tumblr, there was one show that made a huge showing on all of them—which is weird and impressive considering said show ended over ten years ago? Yes, Avatar: The Last Airbender was huge on Tumblr across the board. It’s thanks to what Brennan called “The Netflix effect,” which hit when Avatar debuted on the streaming service mid-pandemic.

“I think it’s both a combo of people going back to watch it for the nostalgia factor and then people who are new to the series who are like seeing the gifs and stuff on Tumblr being like, Oh my God, I need to watch it,” Brennan explained. A lot of that enthusiasm comes from the age group that’s most active on Tumblr, who either grew up with Avatar or are discovering it anew. “Tumblr is 48% gen Z. And I’m sure that there’s both a mix of those kids who are like, Oh, you know, my older friends or older siblings watched it before.

And the most popular character from Avatar on Tumblr is, of course, the villain-redeemed-into-a-hero, Prince Zuko. In fact, Zuko was the only character who made it into the overall top 20 of all things on Tumblr, which his voice actor, Dante Basco, was extremely grateful for and thanks fans for on his Tumblr!

Avatar is one of those shows that is “kind of evergreen” according to Brennan, and is also familiar. And Brennan noted how Zuko fits into the kind of bad boy that Tumblr loves (join the club with Loki and Kylo Ren). But the number one show on Tumblr’s live-action television list might not be familiar to those of us who aren’t deeply online or fans of Belgian teen programming. Yes, the Belgian show WTFock topped the list, and I had to ask Brennan to explain it to me. “It is the Belgian version of Skam. So again, that kind of ties back into the character-driven fandoms on Tumblr people who love Skam.”

The series is apparently pretty queer and brings fans in with a meta, expanded universe where fans can see characters on social media and experience the story outside the show. “In between the episodes you get like all of the social interaction. So like you can follow the characters on social and you feel like they become your friends.” And of course, the series has queer representation, which Tumblr loves. Which brings us to the topic of shipping.

First off, the number one ship of the year was the only m/f ship in the top ten: Reylo. I know, you’re sharpening your knives, but there is a caveat here. Tumblr’s analytics don’t distinguish between pro and anti-ship posts.  “It is purely measuring volume. It’s not taking sentiment into it,” Brennan shared when it comes to her statistics and trends. So all those posts tagging Reylo as a trigger or trashing it also add to its ranking.

But there are all sorts of weird things on the top 100 ships too! For the first time, there’s a crackship on the list! Yes, Maribat, the pairing of Marinette DuPain-Chang from Miraculous Ladybug and Damien Wayne from the Batman comics ranked 36 in the ship’s tags, ahead of all the other actual ships in Miraculous!

“For us, when we were analyzing the data, we were just looking and we’re like, is this a typo?” Brennan said of looking at the numbers. “And the fandom was just so enthusiastic about pairing these two together. Like, there’s tons of fan art and fic and you just made enough content to get it up there.” Also, Brennan added: “If any year deserves to have a crack ship on his list, it is 2020.”

“Shipping is Tumblr’s favorite sport,” Brennan explained, and seeing what people ship certainly tells us what people care about. Yes, the ships Tumblr loved were overwhelmingly queer, 70% actually, according to information Tumblr showed us. But they were also overwhelmingly male-dominated, with 55% being m/m ships. And one thing seriously lacking from the top ships, shows, and characters on Tumblr’s fandom metrics: women of color, especially Black women.

Looking through the top 100 ships, I couldn’t find any Black women. That’s especially disappointing given many things, like the fact that Supercorp, which is a non-canon ship between two white women made the top 10 ships, but Alex and Kelly, the actual canon, lesbian relationship featuring a woman of color on Supergirl, didn’t even crack the top 100. That’s extremely not great, and it shows how fandom can be inclusive in some ways but miss the mark entirely in others.

Of course, one ship that caused a lot of excitement on Tumblr was Destiel, which managed to just squeak into the top 10, though one would assume it would be higher given what a year that ship has had. But this “year” actually only covers October 21 of 2019 to October 20 of this year, so even though Destiel was the number #10 ship before it went canon, it got its own special post celebrating what amounted to a national Tumblr holiday. “Supernatural is part of the fabric of Tumblr,” Brennan shared. Reminiscing that “Destiel night” was very special, Brennan told us, “I don’t know how to describe it … it just felt like sparkly.”

There are a lot of important real-world events that the Year in Review also tried to encompass: The Black Lives Matter movement, the Coronavirus, and, well … everything. It’s been a tough year and while the memes and shipping have continued, they’ve felt both more and less important. People wanted to engage more online because it’s all we had, Brennan explained, but also wanted to unplug.

“It’s wild to see how much our relationships to the internet also changed this year,” Brennan explained. “Something that we noticed was people going back to like a nostalgic web, like WebCore Windows ’95 aesthetic. So our ‘tech in 2020 posts,’ the timeline is just web core posts.” And oh boy, does it make me feel old that gen Z is looking back to the ’90s and the early internet as a quaint, more simple time.

You can explore all the trends, ships, memes, and more over on the Fandom Tumblr page. Whether you’re goblincore or a K-pop stan, Brennan and her team have something there for you.