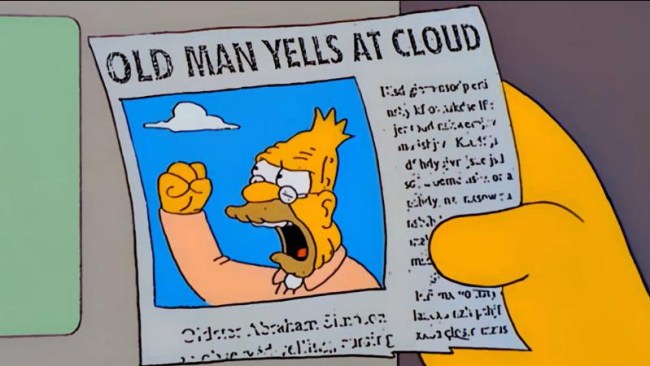 In breaking news, three officials have told The New York Times that fired FBI Director James Comey asked for more resources to investigate Russian interference in the election just days before his abrupt termination. (The DOJ has since refuted this.) No wonder the unhinged Trump has been seen yelling at cable news in his copious amounts of free time.

This whole story is so wildly stunning that it keeps changing shape as I try to write it, like attempting to keep hold of a shapeshifter in a dark fairytale. This morning alone, the Russian foreign minister joked about the American FBI director’s firing while standing next to the American Secretary of State:

Reporter: Does the Comey firing cast a shadow over your talks?

Russian media has tweeted out pictures of Trump shaking hands with Russian officials (American media was banned from attendance), and then Trump was seen pictured with noted war criminal and Nixon admin figure Henry Kissinger. (Have these people ever, EVER read a history book? Are they just actively trolling us?) Senate majority leader Mitch McConnell dismissed calls for an independent investigation and deputy Press Secretary Sarah Huckabee Sanders told us all “it’s time to move on” from Russia. Also, Press Secretary Sean Spicer hid in the bushes to avoid talking to reporters. I know Trump likes to yell about “fake news,” but we literally couldn’t make this up.

Don’t forget that when Comey was terminated yesterday, our coward of a chief executive waited until he was out of town and didn’t have the backbone to even give him a call—Comey learned the news when we all did, from the television. He apparently thought it was a rather clever prank before realizing what was going on.

Now, news alerts are lighting up everywhere with the further bombshell about Comey wanting to expand the Russian investigation just before he was fired, as well as grand jury subpoenas. Just how stupid does the Trump administration think the American people are?

I feel like I’m getting whiplash over the amount of information that’s pouring out of the new reports, but if I had to guess, this is only the beginning. Initially, this article was supposed to be about Politico’s damning, comprehensive account released last night about Comey’s firing. It describes Trump as furiously irate about Russia:

Seems totally normal. Nothing to see here; Trump’s just the most powerful man in the world with access to the nuclear arsenal, NBD.

Trump had grown angry with the Russia investigation — particularly Comey admitting in front of the Senate that the FBI was investigating his campaign — and that the FBI director wouldn’t support his claims that President Barack Obama had tapped his phones in Trump Tower.

The Politico story was scorching enough, but now with The New York Times‘ revelation that Comey was clearly interested in expanding the Russia investigation and spoke about it to Rod Rosenstein, the deputy AG who wrote the memorandum expressing a lack of confidence in Comey that was used to justify his firing, I feel like my head is exploding.

It’s worth noting that while Rosenstein, a respected veteran public servant, wrote the memo, he didn’t actually call for Comey’s firing. That recommendation came from Jeff Sessions, who is supposed to be recused from all things Russia anyway. Reports from anonymous sources have suggested that Trump had decided to fire Comey and tasked Sessions with coming up with some reasons to make it sound legitimate.

Apparently, the White House was surprised by the massive blowback to Comey’s firing, because they are people who live in a bubble fueled by Fox News and Russian vodka. They’ve been scrambling to spin the story to be about Comey’s treatment of Hillary Clinton’s emails (which is hilarious—no one was a bigger fan of Comey’s actions than Trump), and also the administration expected Democrats to be on board because they’ve criticized Comey in the past. Only Trumpists would see the world in such relentlessly unyielding black and white.

Even Edward Snowden, who Comey has gone after for years, expressed his criticism of the firing. We’re allowed to not be fans of Comey’s prior choices and still be hugely troubled by Trump’s action and its timing. It’s called being a reasonable person in this hellscape of a dystopian mirror universe.

Here’re some fun Tweets to retweet! It’s only Wednesday. What other wonders will this week have in store?

Pool brought into the Oval. It’s Trump and … Kissinger. pic.twitter.com/1F1CPO4kQw

These photos of Trump-Russia meetings are courtesy solely of Russian MFA because no US press allowed in. pic.twitter.com/PI4cSPIqvG

When Veep is a documentary https://t.co/C6HvK0FDh1