Even the republicans are calling it "unconstitutional slop." 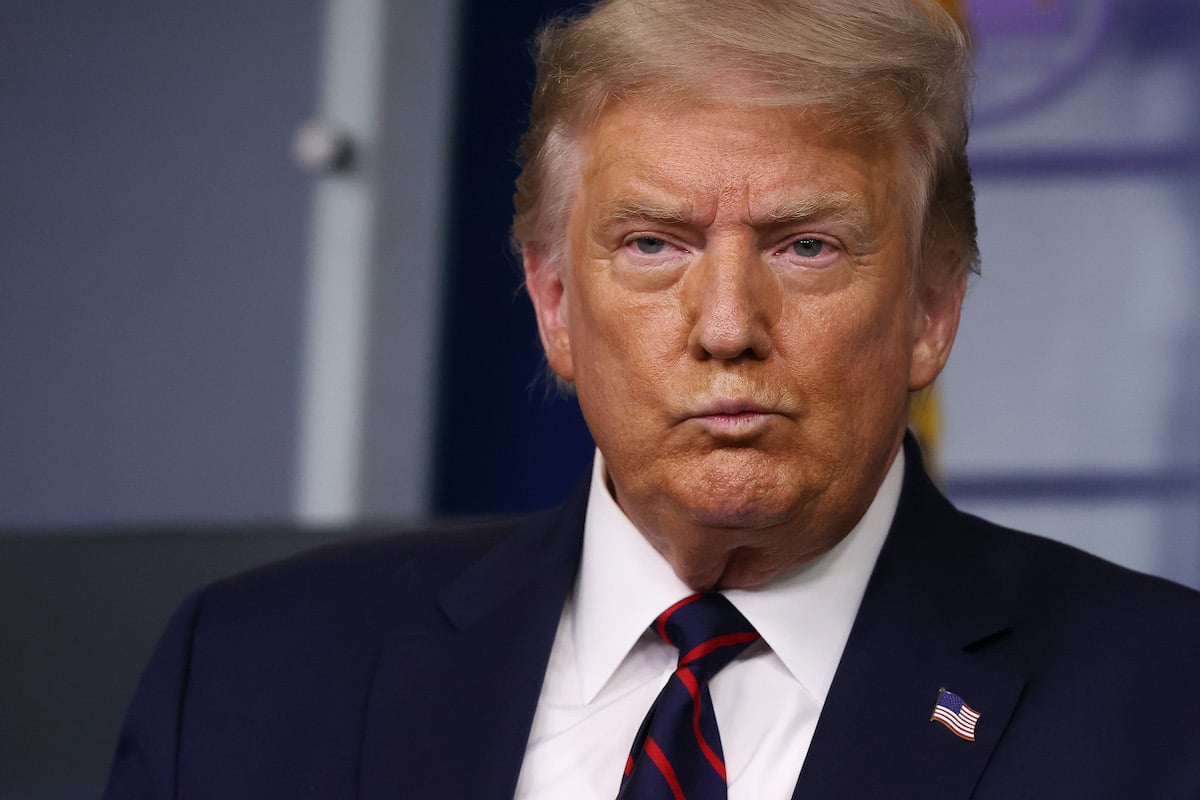 As the number of coronavirus cases in the U.S. hit 5 million and the death toll climbs over 160,000, Americans are held hostage by a government stalemate. The House, which passed the $3 trillion relief bill known as the HEROES Act in May, is deadlocked with republicans and the Trump administration over a $2 trillion difference. In the absence of any compromise, Trump has unilaterally moved ahead with a series of executive orders and memorandums as a stop-gap measure. And like all Trump executive orders, these are ineffective, destructive, and unconstitutional.

The orders include a $400-per-week boost to unemployment benefits, which is $200 less than what the previous care packages offered. The money would come out of the Department of Homeland Security’s Disaster Relief Fund, which holds roughly $70 billion emergency funds. But Trump’s order requires states to pay for 25% of the additional unemployment benefits to qualify for federal assistance. It’s a tall order considering how cash-strapped most states are. In addition, states would have to set up a new system to distribute these payments, which is entirely unfeasible given budget shortages.

Trump’s payroll tax executive action would be a direct, massive drain on Social Security, and would not replenish it as other legislative proposals have done. New press memo from @AmProg econ team: pic.twitter.com/CkH5sxLPO8

Trump’s orders also included the widely unpopular payroll tax “holiday” which will apply to people making less than $100,000 per year and begin Sept. 1, lasting through the end of 2020. The payroll tax funds Social Security and Medicare, two essential services that are already struggling in the pandemic economy. In addition, Trump passed a memorandum to cut student loan interest rates and one for eviction protections, but neither plans are effective or functional.

House Speaker Nancy Pelosi and Senate Democratic Leader Chuck Schumer have issued a joint statement saying, “Today’s meager announcements by the President show President Trump still does not comprehend the seriousness or the urgency of the health and economic crises facing working families. We’re disappointed that instead of putting in the work to solve Americans’ problems, the President instead chose to stay on his luxury golf course to announce unworkable, weak and narrow policy announcements to slash the unemployment benefits that millions desperately need and endanger seniors’ Social Security and Medicare.”

Joe Biden criticized the plan saying, “This is no art of the deal, … This is not presidential leadership. These orders are not real solutions. They are just another cynical ploy designed to deflect responsibility. Some measures do far more harm than good.”

Our seniors and millions of Americans with disabilities are under enough stress without their hard-earned Social Security benefits in doubt. https://t.co/glUDQlcbEO

They added, “Democrats repeat our call to Republicans to return to the table, meet us halfway and work together to deliver immediate relief to the American people. Lives are being lost, and time is of the essence.” Even republicans reject Trump’s proposals, with Senator Ben Sasse issuing a statement saying, “The pen-and-phone theory of executive lawmaking is unconstitutional slop.”

These executive orders will likely be taken to court, which amounts to more delays as COVID-19 continues to ravage the country. Meanwhile, White House advisor Pete Navarro told NBC News’ Meet the Press that “the Lord” created executive orders to cut through partisanship.

Hey @PeterNavarro45 you just said on Meet the Press that the Lord and Founding Father creates Executive Orders. What does the Lord think about your boss killing 160,00+ Americans past couple months pic.twitter.com/McD7Xj5yDq

I know at this point we should no longer be surprised by Trump’s stupidity and ignorance of how the government works. But you would think, even from a self-serving angle, that he would want to get the pandemic under control. After all, it’s the clearest path the favorable ratings and, you know, keeping his voters out of the grave long enough for them to re-elect him.