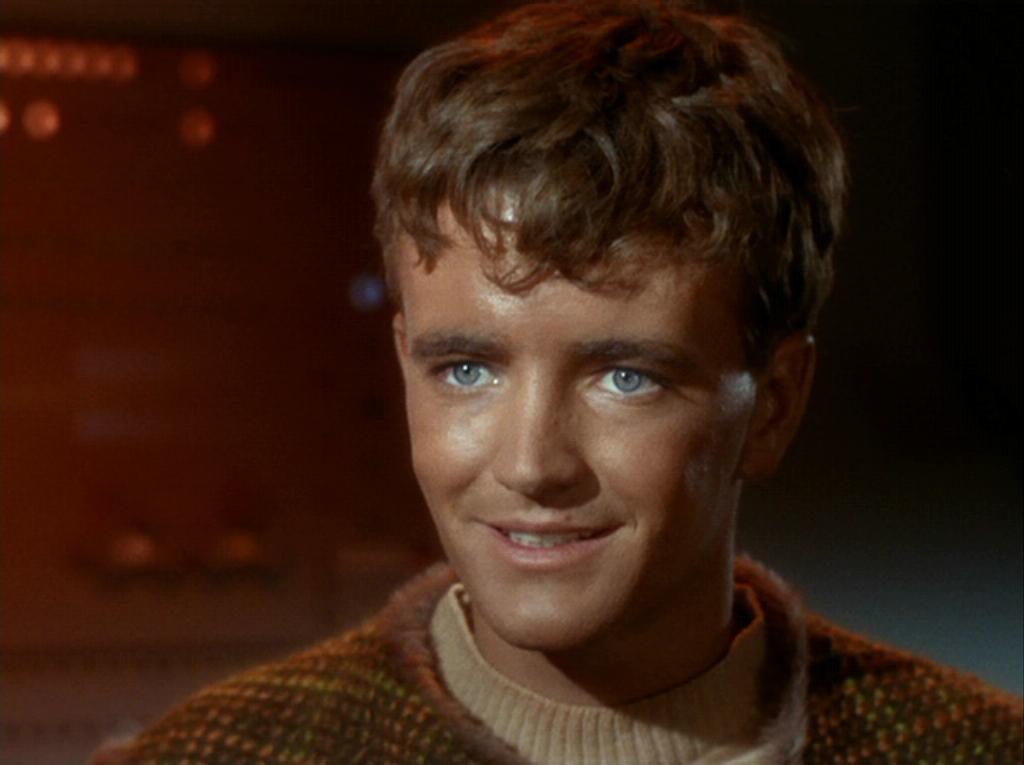 He’s erratic, petulant, immature, and seems to have limitless power over his followers, capable of bending reality itself to his will. D.C. Fontana had him pegged in 1966. Welcome to the world of Donald X.

There was a time when Donald Trump’s popularity could only be seen in terms of a right wing, middle America backlash against “elitist” coastal liberals: If the social justice yahoos hate him, he must represent wholesome, traditional values.

And then, with his election, folks on both sides came fully face to face with the man himself, not a clever actor playing a bigot for the base, not the stick-it-to-the-man outsider ready to take down the system from within. He was just Trump, the erratic, ignorant, self-aggrandizing bully cavorting on small screens and sports bar jumbo TVs throughout 2016—the Trump who was exactly as advertised.

Let me put this in geek terms, because—full disclosure—I learned how to think about both people and politics through the stories I loved as a child. I grew up in Gene Roddenberry’s universe, where the needs of the many outweigh the needs of the few (or the one). I nourished my nascent moral code on Doctor Who episodes where the right thing to do was seldom the easy one, where sometimes there was no right answer. I believe in responsibility to society balanced against the rights it accords me in return. How did someone who expects the latter without planning to fulfill any of the former get elected president of the United States?

“He’s a boy in a man’s body, trying to be an adult with the adolescent in him getting in the way.”

“Charlie X,” an early episode of the original Star Trek’s first season, could almost be a template for Trump. The script was written by the great D.C. Fontana from an idea by Gene Roddenberry. 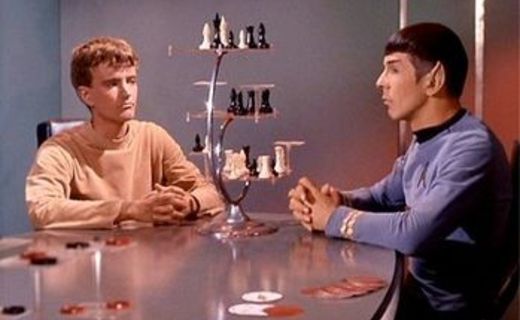 Charlie is a castaway, discovered apparently alone on a planet, and passed on by a strangely enthusiastic starship crew to the unsuspecting Enterprise. Once aboard, Kirk and the rest realize he is far more dangerous than he seems.

At first, Charlie seems comically unaware of social niceties. “I just want you to like me,” Charlie says. He doesn’t adhere to or even understand the social contract most of us take for granted. He doesn’t just want to be the center of attention; he has to be, and he will punish anyone who takes the spotlight away from him. He can’t admit mistakes. When someone catches him red-handed, he shifts the blame to someone else.

Standing far enough away, the Trump phenomenon can seem like black magic. Or it can goad unwary liberals into their own kind of madness, believing that conservatives are not just crazy but stupid. Slide into the orbit of his influence, though, and you understand the power of advertising. Trump is not just a brand; he is overflowing with volcanic, irresistible emotion.

There’s an old Gaelic proverb that says, “The perfect man is he who has never been told otherwise.” Most of us get slapped down sometime well before maturity and realize that we are not omnipotent or invulnerable. Trump had a rarified upbringing, shadowing a father upon whom he seems to have modeled his own self-image of the successful businessman. Now, he surrounds himself largely with people who are paid to agree with him, Trump has never faced his own mortality. He believes his own press, and when he can’t get his own way, or if he fails, he pretends the lapse never happened.

“There’s no right way to hit a woman.” 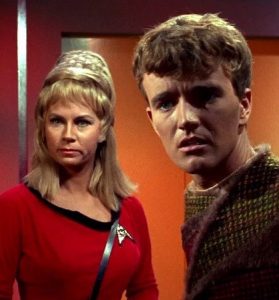 Follow the “Charlie X” template, and you’ll see more commonalities. Charlie wants women to like him, so he slaps Yeoman Rand’s behind. When reprimanded, he’s sent to Kirk, whose own response approximates a sitcom dad trying to explain sex. It’s funny, if you don’t think too much about the consequences.

Only Kirk seems able to stand up to Charlie, and only as long as Charlie’s fear of the Captain’s authority is greater than his own urges. Once he feels that he has outgrown Kirk, there is nothing and no one who can curb his impulsivity.

Through the primaries, Trump learned that no one was immune to his mockery. Only Hillary Clinton and Elizabeth Warren seemed to get the better of him, and only when they focused on slapping Trump down like a bad dog or misbehaving child. No attempt to engage him substantively on issues has succeeded, nor has any attempt to beat him at his own baiting, back-biting game. Instead, Trump, like Charlie, doled out approval to those who joined him in mocking his opponents. Jeb Bush and Mitt Romney were both targets effectively neutralized by this ploy.

Trump is not capable of controlling himself, and he will not change. He has no reason to. The benefits of acting as he does have always outweighed any small penalties, and he’s always prevailed by doubling down on his lies. Besides, Trump draws his power from people who are too afraid to stand up to his bullying ways and from those who believe that following him will mean greater power and wealth for themselves.

“I’ve waited long enough. I’m going to take him on!”

In the end, Kirk challenges his officers to overwhelm Charlie by stretching his desire for control past its limits. Unable to prioritize or choose his battles, Charlie cracks under the pressure as attacks fly from multiple fronts. If Trump’s critics are serious about derailing him—and I think that all people of good conscience must be—they need to do the same. We’ve already seen this lack of perspective with Trump attacking anyone and everyone who speaks out against him instead of focusing on the job ahead of him; we just have to keep at it.

This is the lesson: Attack his facts. Question his actions. Prosecute his indiscretions, not to mention his actual criminal acts. Never let him off the hook for any of it. Above all, hold him up to the Constitution and find him wanting, just like Gene and Dorothy Fontana would have advised. Be relentless, because he can only succeed if we allow ourselves to be overwhelmed before he is. If we all pitch in, we can’t fail.