The Trump White House Is Apparently a Hotbed of Paranoia 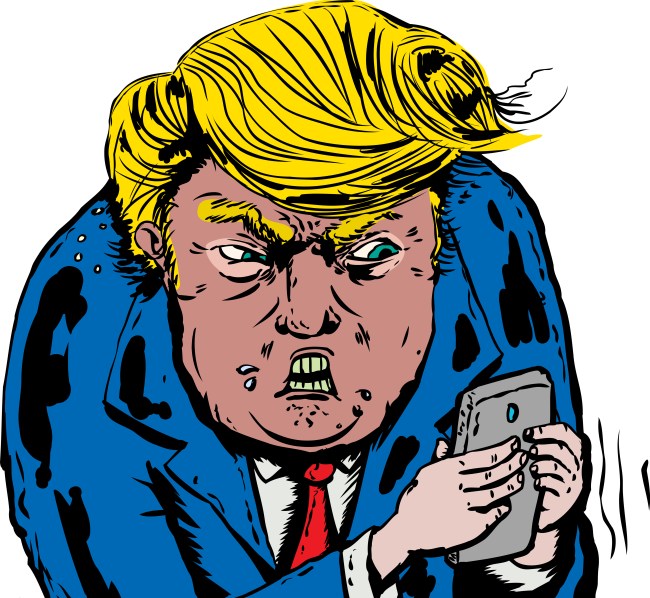 In interviews with Politico, nearly a dozen Trump staffers have described a White House workforce fraught with anxiety and jumping at shadows. According to the staffers, perceived enemies are everywhere, and people have taken to locking their work phones in drawers at night and using encrypted apps to send messages. Wait, I thought it was supposed to be the other way around. Aren’t we the ones who should be afraid of government spying?

The paranoia appears to be widespread and not anchored to any specific threat. No, those Trump-hatin’ saboteurs could be anywhere. Politico reports that staffers have “a litany of suspicions’ that runs quite the gamut:

… that rival factions in the administration are trying to embarrass them, that civil servants opposed to President Donald Trump are trying to undermine him, and even that a “deep state” of career military and intelligence officials is out to destroy them.

Ah yes, the “deep state” theory that’s currently enjoying its time in the sun. This uber-paranoia, the idea that a secret embedded cabal is manipulating the government, is Team Trump’s straw man du jour. It makes sense—now, whenever their terrible policies backfire, or Trump tweets something mind-boggling, fingers can be pointed at nefarious agents (of Obama? The Illuminati? Maybe the Masons are back in fashion?) who are plotting against them. This all would have worked out, if it weren’t for you meddling deep staters!

What’s most frightening about the Politico report is that both lower-level staffers and those at the very top seem to genuinely believe that someone is out to get them. A senior aide says that “the degree of suspicion had created a toxicity that is unsustainable” and that the Trump White House has become “a pretty hostile environment to work in.” People are locking away their work phones at night, convinced that they’re being listened to, and using apps like Signal and Wickr to communicate. One Republican explained, “It’s not paranoia if people really are out to get you, and everybody actually is out to get everyone else.”

Adding another ingredient to this souffle of suspicion is that Trump’s business methods suggests he could be listening in himself:

Trump has a history of overseeing pressure-cooker organizations rife with suspicion, setting up sophisticated surveillance in part to monitor employees at his properties, including at his campaign headquarters, where some campaign aides suspected their offices were bugged.

The irony of all this fear-mongering is that the government really does have access to a vast and mostly unfettered spying apparatus. “Many staffers say they don’t like the idea that supervisors—or anyone else—could have access to their emails.” Forgive my lack of sympathy, dudes. Welcome to the post-Snowden, post-Russian hacks era. Remember Hillary’s hard-learned lesson: dance like nobody’s watching, email like those emails might be read aloud in a deposition one day.

Still, these poor, embattled staffers have to contend with the Deep State(tm), rival factions, rogue civil servants, and a President with a long and storied past of surveilling his own people. No wonder they’re getting paranoid. It sounds exhausting. Maybe they shouldn’t have taken a job in the White House of an unpredictable megalomaniac. Who could have ever guessed that it would be an HR nightmare in there?

(via Politico, image via The Black Rhino/Shutterstock)