Inject it straight into my veins. 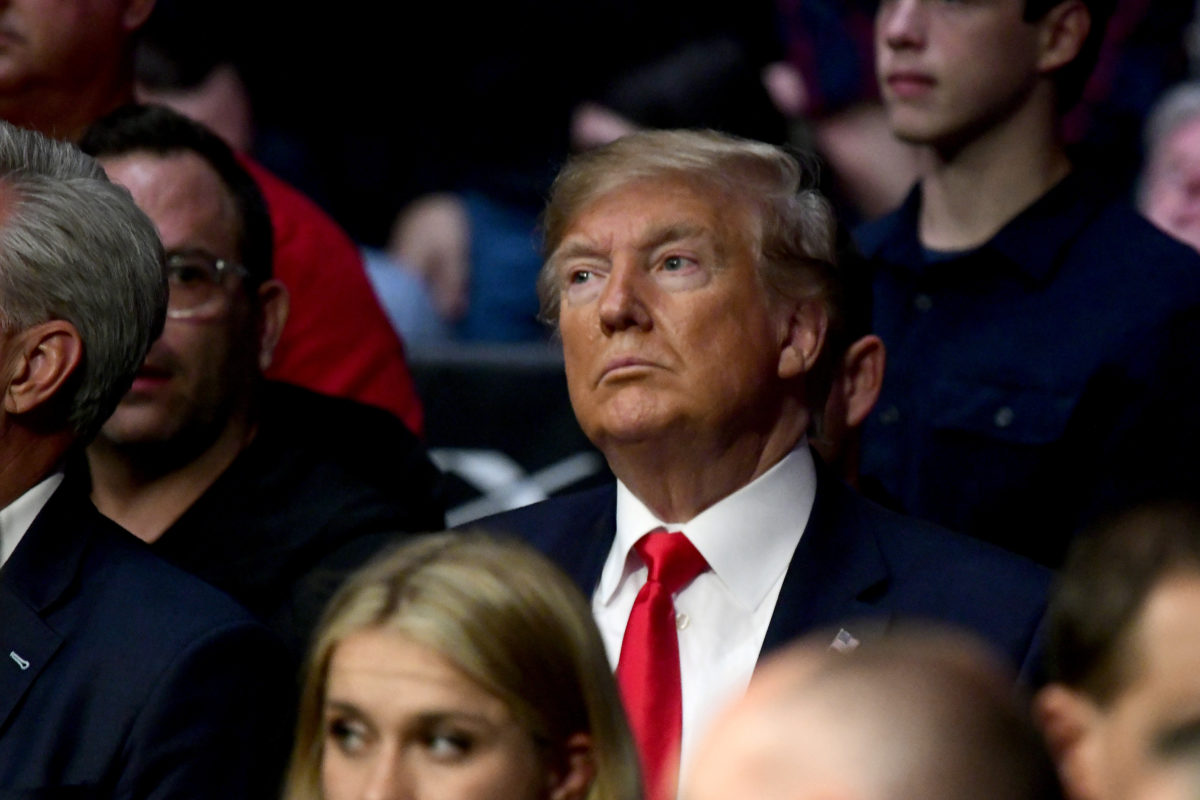 *The best part of waking up… is people booing Donald Trump!*

The crowd at MSG as Trump takes his seat for the UFC fights pic.twitter.com/9ACcWCispp

According to reporters from AFP and other outlets, when Trump was announced he was greeted with a mix of boos, jeers, and a few cheers. And while some Republicans dismissed the booing at the World Series recently because it was an “elitist” sporting event (to which I give a hearty L.O.L.) there’s no denying that Trump, a long time supporter of MMA fighting and the UFC, thought he would be surrounded by his people.

That is truly what makes this so delicious. Even a crowd of his base constituency now hates him. Which is something I honestly thought would never happen. Not that we can breathe easier about the upcoming 2020 election at all, but the schadenfreude is just too good to pass up. Especially before I’ve had my coffee.

Of course, his number one candy boys fighting for a kiss from a daddy tried to dispute the reports of the booing. Don Jr claimed that “when we walked into the arena it was overwhelmingly positive.” While Eric tried to claim that crowd was not jeering but in fact cheering “Donald Trump, Donald Trump … USA, USA.” Nice try boys, your father still doesn’t love you. (However, “blue checkmark Twitter” is the most hilarious attempt at a burn I’ve ever seen. Both nonsensical, and also kind of a compliment? Also, doesn’t he himself have one? Wouldn’t that make this a self-own? *chef’s kiss*)

Despite the bullshit from blue checkmark Twitter, when we walked into the arena it was overwhelmingly positive. @danawhite said it was the most electrifying entrance he seen in 25 years of doing this. @ufc https://t.co/62dAdDimGD

And while Trump has a longstanding relationship with the UFC (in 2001 he gave the league a home at his Taj Mahal hotel in Atlantic City, and UFC president Dana White endorsed him at the RNC), he is also extremely unpopular in New York City. According CBS there were even anti-Trump protests happening outside the event as he entered. This is also right after he announced he was giving up residency in New York and moving to Florida, blaming New York’s democratic leaders for letting the city “become dirty and unsafe.”

Maybe Trump will learn his lesson and avoid major sporting events for a while, but I sincerely hope he doesn’t! Also, he has the memory and object permanence of a goldfish, so he probably won’t! May all our evenings end, and our mornings start with him being booed until he is out of office!