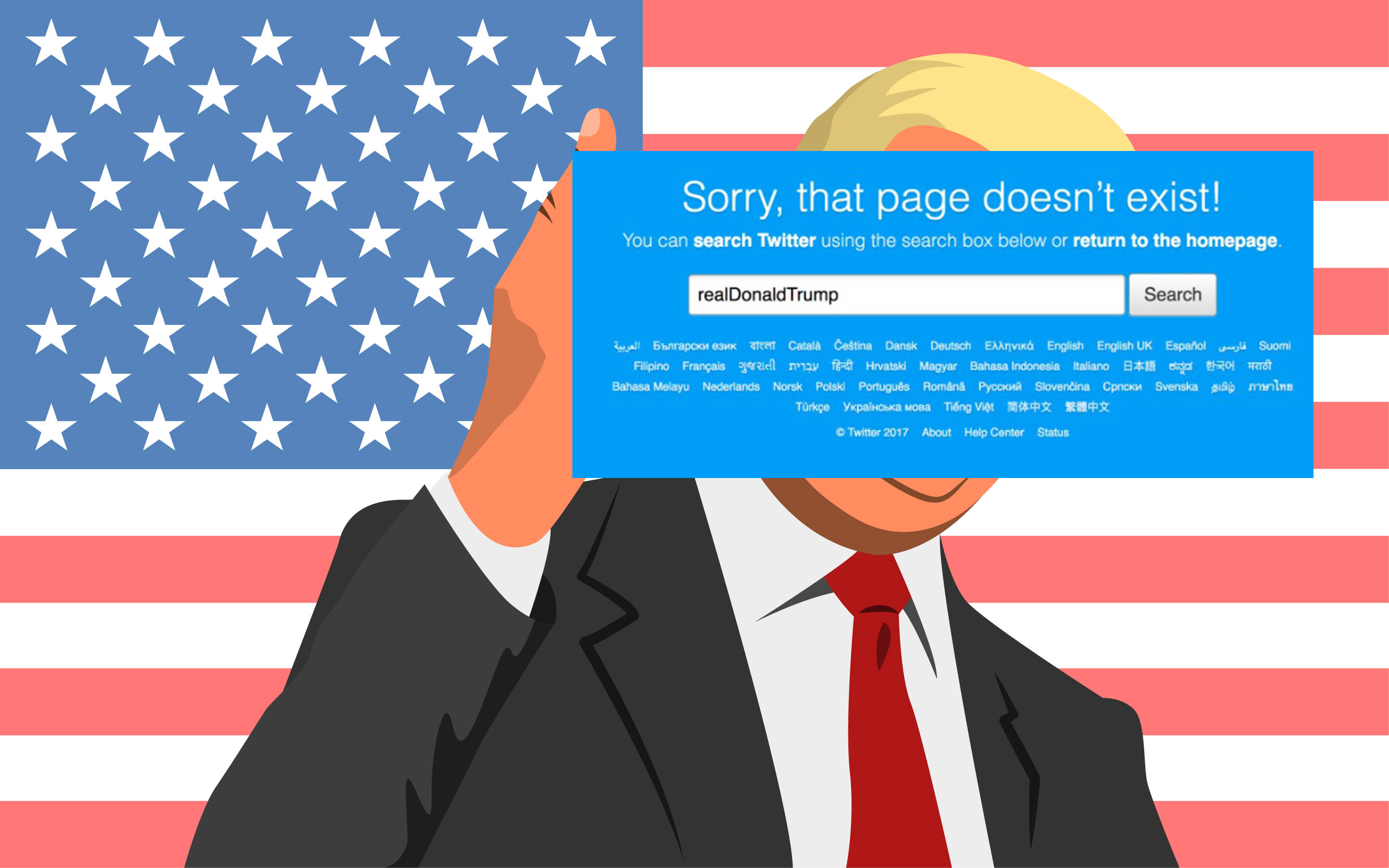 Yesterday, for several shining, glorious minutes, we got to feel what it would be like to live in the brightest timeline, and it was everything we hoped it would be. Briefly, with no warning or explanation, Donald Trump’s Twitter account was wiped from the face of the Earth and replaced with a blissful lack of enraged, poorly spelled projection.

Donald Trump has made use of Twitter for years—a fact that comes back to bite him with surprising regularity—but for most of that time, no one really paid much attention to yet another angry man putting his ignorance on full display on the internet. Then, the 2016 election happened, and suddenly he was, in a highly “unpresidented [sic]” manner, tweeting directives, government policy, and demands that his political opponents be investigated that we all, sadly, need to take seriously—despite what out-of-touch or willfully ignorant people might think about modern communication technology.

There are easy arguments to be made that he’s violated Twitter’s terms of service with some of the awful things he’s tweeted, including his antagonistic tweets towards North Korea, but Twitter has, so far, made excuses for allowing him to remain active. All that finally led a currently unnamed Twitter employee, who was on their way out of the company anyway, to take matters into their own hands and do what no one else at the company seems to have the good sense to do. That’s not entirely surprising, considering they, along with other tech giants, are demonstrably unconcerned about the societal impacts of their platform, as long as they’re making money. Among other things like a history of ignoring abuse for profit, their testimony before Congress, about election interference, has made that obvious.

So when someone briefly fixed one of the biggest things wrong with social media, even only for a few minutes, the response was fairly strong:

We’ll all remember where we were during the 10 minutes of peace while Donald Trump’s Twitter account was down.

Feel like I need to re-evaluate my life choices after reflecting on my reaction to Trump’s Twitter.

For a split second I thought Mueller had arrested Trump because Trump’s twitter went down and I felt such joy, my heart almost exploded.

The 10 minutes that Trump’s Twitter were down were the safest 10 minutes the world has had since January 20th.

“I was conceived during spontaneous celebration sex when my parents thought Trump got banned from Twitter.”

“It’s what they used to call Nazigram.”

But it was back in short order, because all good things must end:

And as Twitter scrambled on damage control, we finally found out about the rogue employee responsible:

“We have learned that this was done by a Twitter customer support employee who did this on the employee’s last day” pic.twitter.com/mVB2Pwc8rv

Everyone leaving Twitter should do this on their last day. https://t.co/t2PoLUp4n7

Twitter is now doing a full internal review to find out how something could go so right on their platform, because they can’t have that. But … maybe there’s a reason we don’t think it’s a great idea for the president to regularly conduct government business over a social media platform.

It is shocking that some random Twitter employee could shut down the president’s account. What if they instead had tweeted fake messages?

It’s almost like Twitter is a casual social media site & not a secure platform the president should use to discuss policy on a whim at 3am. https://t.co/9IZpBfE4pN