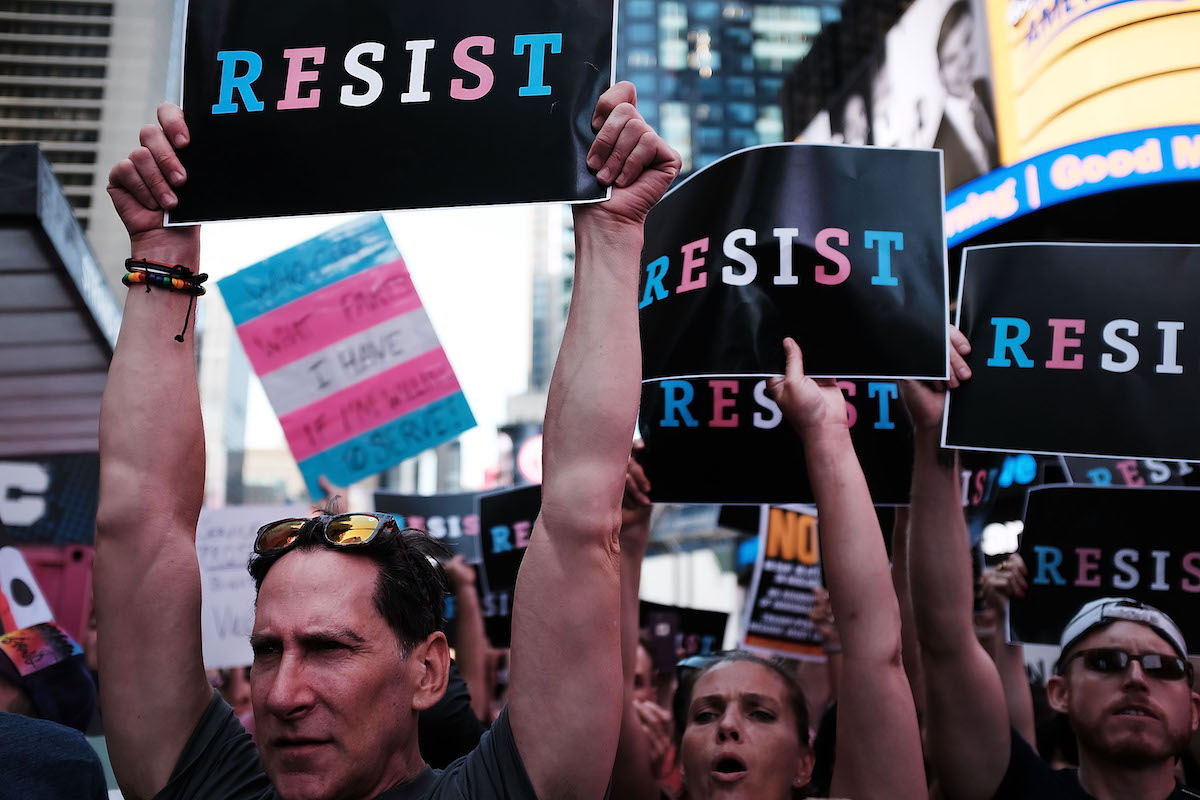 Donald Trump first introduced his plan to bar transgender people from serving in the military via Twitter (of course) back in July of 2017. Falsely citing the “tremendous medical costs and disruption” the inclusion of transgender troops entail, he tweeted that the US government “will not accept or allow” them to serve in the military.

The Pentagon, which maintains that this isn’t actually a “ban,” despite that being exactly what it is, says via a representative speaking to BuzzFeed News that they are “pleased” by the implications of the ban.

Trump and the Pentagon insist this isn’t a ban on transgender troops because the policy states that trans people can serve, so long as they do so “in their biological sex.” Meaning they have to deny their gender identity and live as the gender they were assigned at birth. They cannot have medically transitioned or do so while serving, either with hormones or surgery. Essentially, it’s a new Don’t Ask Don’t Tell, requiring transgender people to deny their gender identity in order to serve. That is a ban.

Trump’s claims that transgender troops are costly and disruptive have been repeatedly disproven by experts. A RAND study found that out of about 1.3 million active service members, approximately 2,450 of them are transgender, and only a tiny subset of those (between 29 and 129 people per year) would require additional transition-related medical services while serving. The cost of extending gender transition-related health care coverage to transgender personnel would increase active-duty health care costs by a mere  0.04- to 0.13-percent. But Trump calls that a “tremendous” cost.

As for the “disruption,” all four service chiefs have spoken out against the policy and past and present military personnel offered up their own anecdotal evidence that that’s a load of crap.

When my Blackhawk helicopter was shot down in Iraq, it didn’t matter to me if the troops risking their lives to help save me were gay, straight, transgender or anything else; all that mattered to me was that they were American GIs. https://t.co/CZx0d7Q8qD

In an essay for Broadly, Charlotte Clymer writes, “For over three years, I carried caskets in Arlington National Cemetery. I folded American flags for loved ones. I didn’t know anything about the gender identity or sexuality of those I carried—just that they had died in selfless service, and they wore the flag of this country to the grave.”

There is absolutely no scientific evidence that banning transgender people from serving in the military would be beneficial for our armed services.

Trump & Pence’s #TransMilitaryBan goes into effect today. At this difficult moment for trans service members, their families, and those wishing to serve, please know that a grateful nation supports you & we will never stop fighting for you. pic.twitter.com/J3MvLsm9Jf

This fight isn’t over, but this is certainly a dark time that we’ll look back on as a society with deep shame.

This isn’t the America we want to live in — it sends a hurtful message to transgender and non-binary people and provides no benefits for military readiness.

Having the government say that you are not worthy of full participation in our country can be devastating.