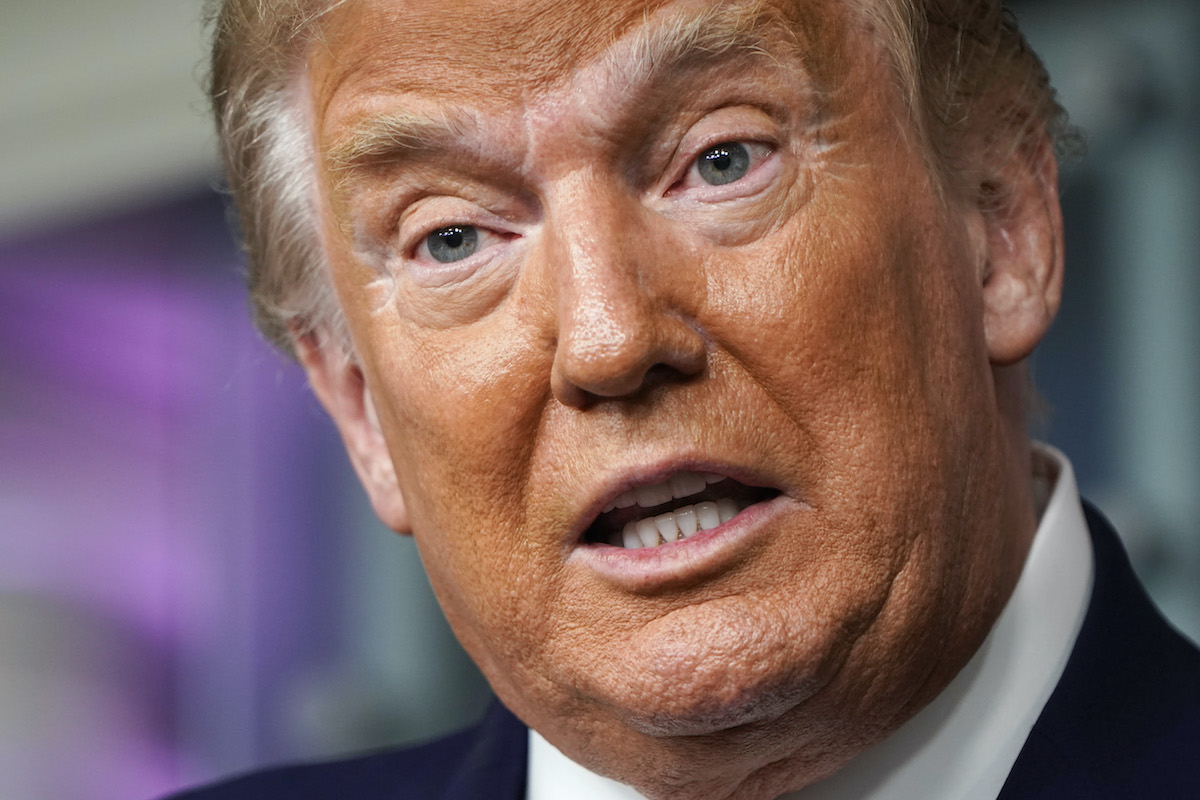 The New York Times published an incredibly damning exposé Sunday night based on more than two decades worth of Donald Trump’s tax documents, including the first two years of his presidency.

Trump refused to release his tax returns during his 2016 presidential campaign, making it clear he had something, or a lot of somethings, to hide. As it turns out, he did!

That figure is getting a lot of attention, and for good reason. It’s far less than most of us pay. Teachers, farmers, nurses, food service workers—you name it, they likely pay thousands more in income taxes than Donald Trump.

That $750 is an insulting figure, but it’s actually more than Trump paid in many other years. For 10 of the last 15 years, Trump paid no taxes at all. One year, he got a tax refund of $72.9 million, which the IRS has been trying to audit for nearly a decade.

In the past, Trump has admitted to not paying taxes, saying it makes him “smart.”

The Times writes that “Between 2010 and 2018, Mr. Trump wrote off some $26 million in unexplained ‘consulting fees’ as a business expense across nearly all of his projects.”

Those consultants aren’t named in the documents, but the amounts exactly match payments Ivanka Trump received for “consulting” work done for a company she co-owned. Now, consulting work is totally legal, but calling something consulting work, when in reality it’s just a way to gift your child money without having to pay taxes, is not.

It appears, writes the Times, that “Mr. Trump reduced his taxable income by treating a family member as a consultant, and then deducting the fee as a cost of doing business.” There are lots of red flags here, starting with the fact that people involved with the projects in question had no idea there were any consultants working on the project.

2) >$20 million in consulting fees apparently paid to his kids. This is a common tactic to dodge estate/gift taxes, but paying higher than market salaries is illegal. Especially telling: some of his business partners apparently had no idea their business was hiring “consultants.”

While Trump paid little to no taxes in the U.S., he was paying substantially more for his businesses in other countries—hundreds of thousands of dollars more. How does that reconcile with Trump’s whole “America First” patriotism narrative?

This may be the most damaging graph.

His debts are incomprehensibly massive.

Yes, we knew Trump had a lot of debt. But the sum of his many, many debts appears to be more than one billion dollars. His golf resorts and hotels all appear to be steadily hemorrhaging money “and within the next four years, more than $300 million in loans—obligations for which he is personally responsible—will come due.”

This reporter goes through the NYT story and estimates that Trump may actually be 1.1 billion in debt. https://t.co/ouzIZcarSH

And, well … Trump’s personal problems, especially of this magnitude, can become all of our problems.

Substantial personal debt is one of the most common reasons security clearances are denied, because it’s so easily exploited or leveraged by foreign intelligence services.

He’s profiting off of the presidency.

This has been widely reported on in the past, though Trump has repeatedly denied that he’s done anything but lose money since becoming president. And while losing money is clearly something he’s very adept at, he has turned his role as commander-in-chief into a personal moneymaking opportunity:

Against that backdrop, the records go much further toward revealing the actual and potential conflicts of interest created by Mr. Trump’s refusal to divest himself of his business interests while in the White House. His properties have become bazaars for collecting money directly from lobbyists, foreign officials and others seeking face time, access or favor; the records for the first time put precise dollar figures on those transactions.

At the Mar-a-Lago club in Palm Beach, Fla., a flood of new members starting in 2015 allowed him to pocket an additional $5 million a year from the business. In 2017, the Billy Graham Evangelistic Association paid at least $397,602 to the Washington hotel, where the group held at least one event during its four-day World Summit in Defense of Persecuted Christians.

According to these tax documents, Trump paid more than $70,000 to have his hair styled during The Apprentice. Additionally, “nine Trump entities have written off at least $95,464 paid to a favorite hair and makeup artist of Ivanka Trump.” This may seem unimportant, but for one thing, it’s one of the most glaring examples of the utter ridiculousness of Trump’s whole “man of the people” schtick. In reality, he is ruled by vanity, hypocrisy, and elitism, and if his supporters can’t already see that, I doubt the $70,000 in haircuts will change their mind, but it’s still incredible to see it laid out so plainly.

Last year Republicans blasted a firehose of hatred + vitriol my way because I treated myself to a $250 cut & lowlights on my birthday.

Where’s the criticism of their idol spending $70k on hairstyling?

More important, though, (legally speaking) is that Trump called that $70,000 a tax write-off, and it’s just a drop in the bucket of millions of dollars worth of questionable tax deductions. Business expenses must be “ordinary and necessary” to be considered tax-deductible. Few of the deductions listed—including $21.1 million for an entire resort whose value Trump may have dramatically inflated—can be reasonably considered ordinary and necessary.

Anyway, these really don’t look legal, these look like Trump violating the tax code and daring the IRS to enter into years of litigation to do anything about it, which in one instance they’ve actually done.

(There is some old-fashioned legal tax avoidance going on too though!)

To sum up, Trump is fighting a decade-long audit battle with the IRS over the legitimacy of a $72.9 million tax refund; the New York attorney general is investigating Seven Springs—that resort with the $21.1 million charitable deduction—as well as the National Golf Club in Los Angeles, for tax fraud; and Trump has $300 million in personal debts coming due in the very near future.

A lot of people are reacting to the New York Times article with cynicism, saying it won’t change voters’ minds, and that might be true, but none of this is worth ignoring. It might have the power to change some minds about Trump, but it also might bring attention to larger issues of tax fraud among the wealthy, and it might have the power to bring some very serious legal consequences to Trump when he’s finally out of office.

“One man has 30 days to become President or face life in prison” is the most 90s movie trailer shit I have ever heard.