Plus Power Rangers, witchers, and more! 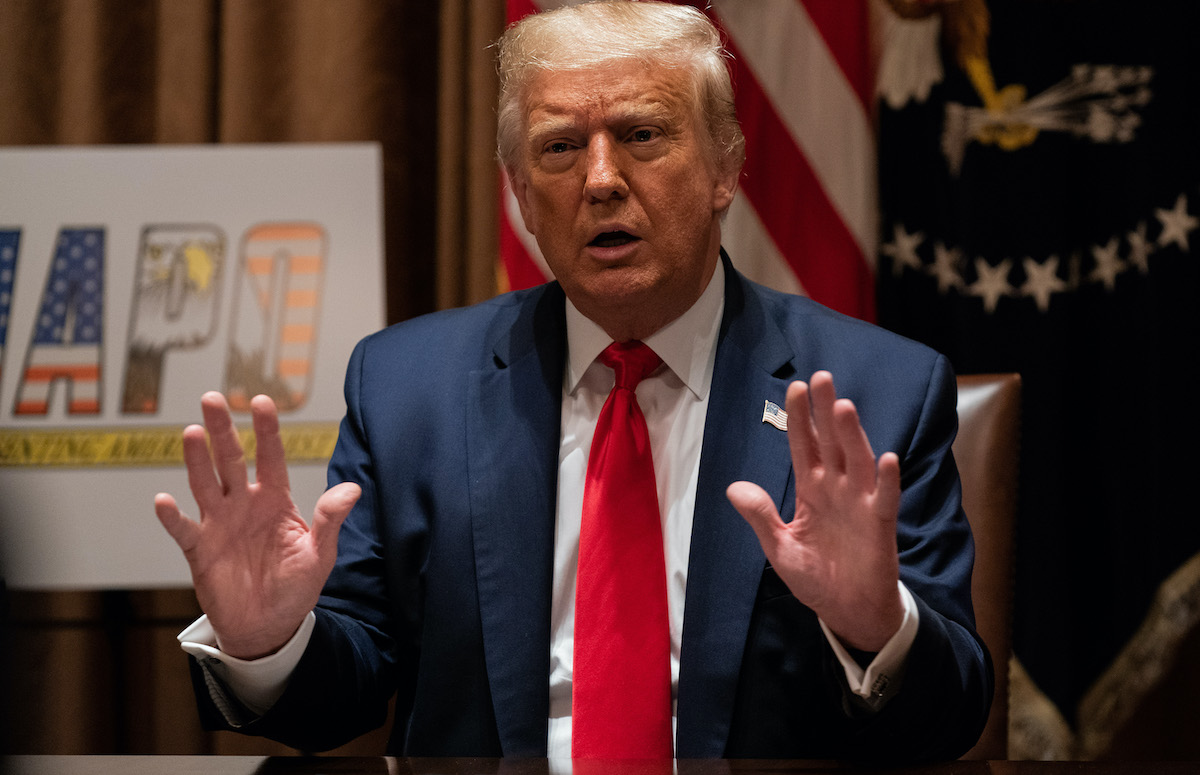 In a breaking story, the New York Times has published an exposé on President Donald Trump’s tax records. Reporters obtained a wealth of documents they describe as “tax information extending over more than two decades, revealing struggling properties, vast write-offs, an audit battle and hundreds of millions in debt coming due.”

Just Posted: The NYT has obtained the president’s tax return information for thousands of personal and corporate returns going back decades. Here’s our first story. Watch this space for additional articles in the coming weeks. @russbuettner & @mmcintire https://t.co/0FJt4VkqWt

The article delves into much of what we’ve already known about Trump: he lies about his wealth, he is an abysmal failure of a businessman, and he is in debt to the tune of hundreds of millions of dollars. There’s a lot to unpack here, but let’s just sit with the damning opening lines of the piece:

“Donald J. Trump paid $750 in federal income taxes the year he won the presidency. In his first year in the White House, he paid another $750.

He had paid no income taxes at all in 10 of the previous 15 years — largely because he reported losing much more money than he made.”

We will delve further into these revelations, but the reactions to the piece are scathing:

Trump saying "no i didn't know anything about (the taxes story)" is a blatant lie. no reporter or publication would publish a story this big without contacting its subject in advance. also they talked to one of his lawyers IN THE STORY. he's flopping like a fish on a dock.

Trump paid less than an iPad Pro in taxes.

They gonna talk about Halloween decorations on FOX tonight huh

In summary, Trump is a catastrophically terrible businessman who pissed away all his inheritance and profits on stupid investments and then uses those loses and shady accounting to pay no federal income taxes. https://t.co/5B9yMQT8MA

CNN's chyron's are on 🔥 during this press conference! #TrumpTaxes #Trump2020 pic.twitter.com/ApMtksAfdh

So, basically… if you earned more than $20k last year in taxable income, you probably paid more federal income taxes than Donald Trump. And that doesn't even include FICA.#TrumpTaxReturns pic.twitter.com/SqjBOmLth8

The #TrumpTaxReturns confirm @realDonaldTrump is a massive fraud. He grossly mismanaged his businesses & personal finances the same way he mismanaged our government: by repeatedly lying and conning those around him.

The emperor has no clothes. And the ones he has are coming due. https://t.co/9X8JuxtFmc

I helped prepare thousands of taxes for my families accounting, tax, and insurance business. I’ve never seen anything like this. Seasonal farm workers, who mostly file 1099 taxes, pay more taxes than Trump. Trump is a complete and utter criminal. #TrumpTaxReturns #LockHimUp

Look out, Gotham, I'm suited up and ready to go… But just wait until Ryan Wilder puts her own spin on the Batsuit. @cwbatwoman

Hope you’re having a safe and restful Sunday, Mary Suevians!