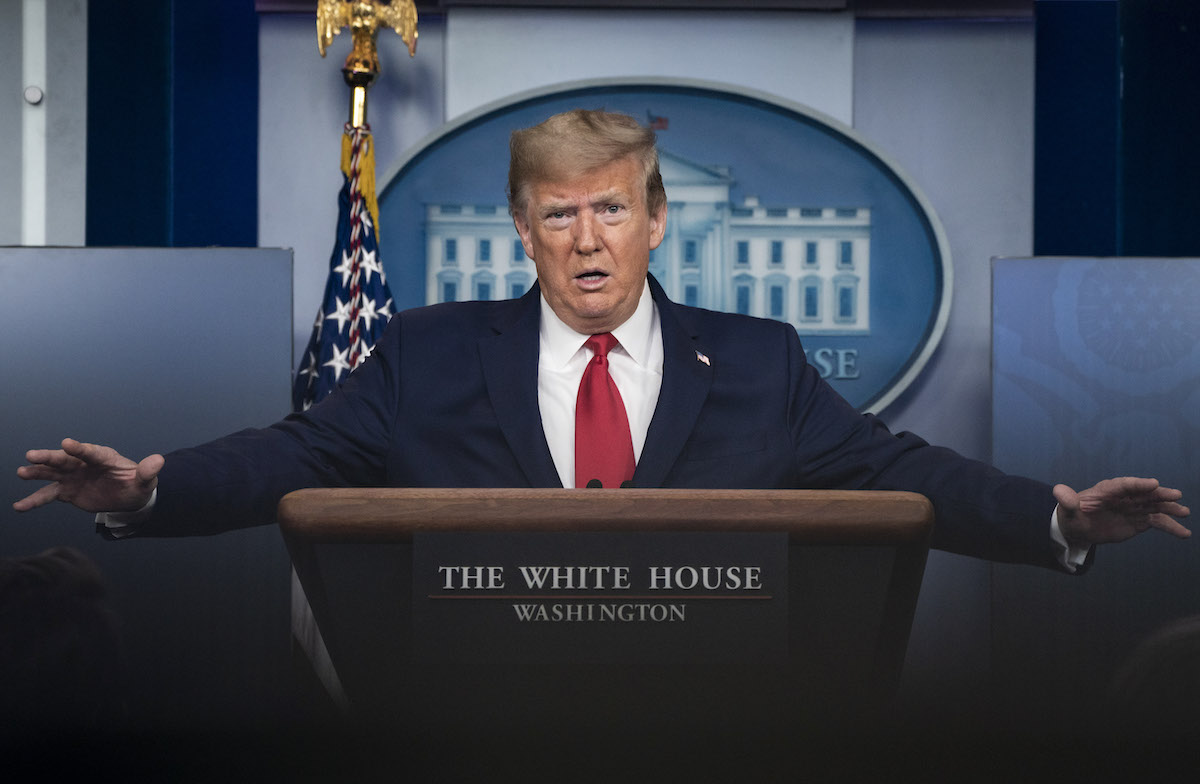 For weeks, Donald Trump has been pushing hydroxychloroquine—a medication used to treat malaria, lupus, and other conditions—as a “game-changer” in the fight against coronavirus. During one press briefing, he lauded the drug as a possible treatment for the virus, saying everyone should just give it a chance because, as he put it, “What do you have to lose?” As it turns out—and as so many people predicted at the time—potentially, a lot.

Over the last week, though, Trump has dramatically tamped down his excitement for the drug. He retweeted one article over the weekend claiming “Trump’s bold gamble on hydroxychloroquine (HC) appears to be paying off” but has mostly stayed quiet on the issue. Similarly, Politico notes that Fox News hosts “have followed the president’s lead in curtailing their commentary on hydroxychloroquine.” This shift is noteworthy because until now, according to Media Matters, the network promoted use of the drug as a coronavirus treatment nearly 300 times in just a two-week span.

Trump and Fox News hosts should never have been promoting the drug in the first place. They’re totally unqualified to offer medical advice and this particular theory was a direct contradiction of Trump’s own public health advisors. On top of that, promoting hydroxychloroquine in relation to this virus caused a shortage for people who actually need it for other conditions like lupus. Oh, and then there was the whole issue of Trump and his allies directly profiting off of its use.

Now a new study has given us the most troubling example of how, as John Oliver put it on the most recent episode of Last Week Tonight, “the feedback loop between Fox and Trump has run way ahead of the science.” In a study of hundreds of veterans being treated at VA medical centers, not only was there no evidence of hydroxychloroquine helping to treat the coronavirus, but it actually may have done substantial harm.

That’s right, when given Trump’s miracle drug, more people died than among those who didn’t take it.

This study only gives preliminary findings and more controlled testing needs to be done to know what this means. But Trump and Fox News have been going off of evidence a hell of a lot more anecdotal than this in their promotion of the drug. It’s good that they’re backing off of it now but it’s still just one of far too many examples how the ways in which they pretend to be experts on subjects they know nothing about is causing very real harm to a lot of very real people.