Thanks to the Trump Shutdown, National Parks Are Somewhere Between “Wild West” & Lord of the Flies

But with even more poop. 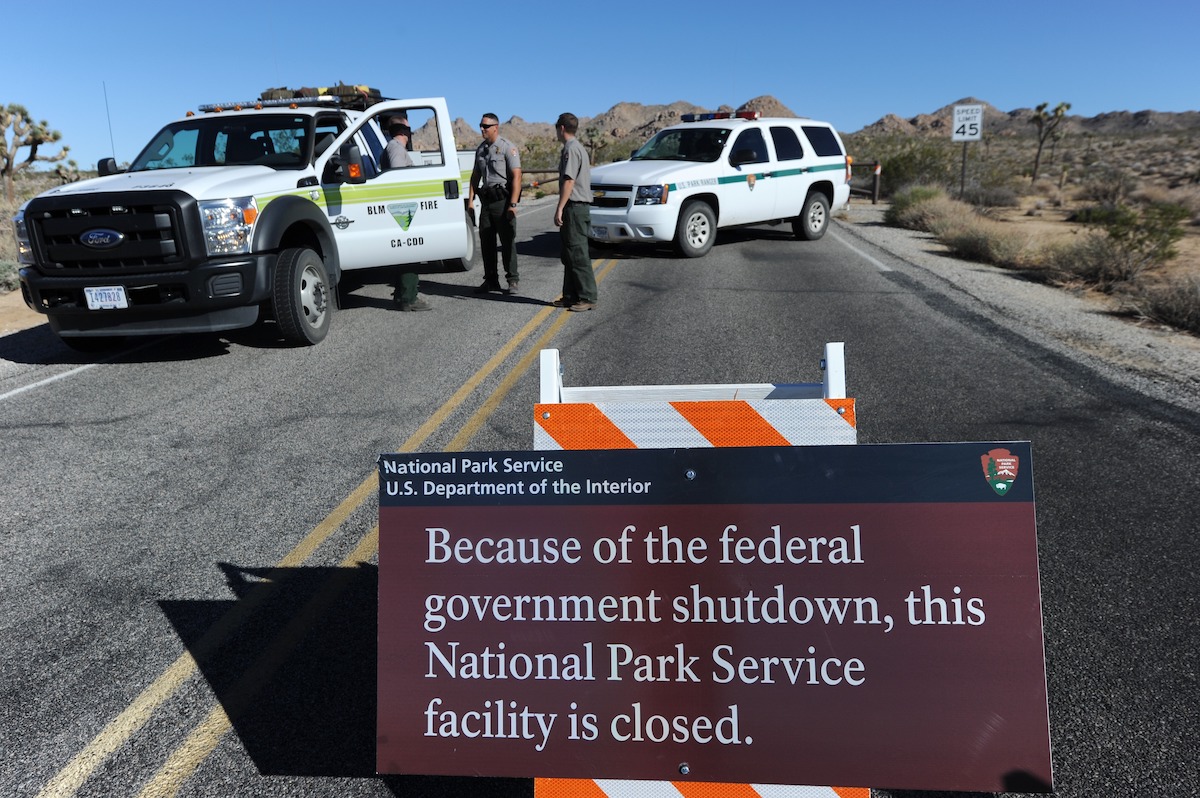 Of the many people and institutions being hurt by the ongoing government shutdown, the National Park Service is taking a hard hit. Some of the parks, monuments, and historical sites run by the agency have closed or will close soon, once their temporary funding runs out. Many others, though, have remained open, but all but a skeleton staff have been furloughed. Meaning the public can get in, but there’s no one there to make sure they don’t destroy the place. Which seems to be exactly what they’re doing.

In Joshua Tree, dozens of volunteers have come together to try to maintain the park. There are still reportedly tens of thousands of visitors coming to the park every day, and these volunteers are cleaning restrooms, restocking toilet paper and other necessities, emptying garbage cans and the like.

In other parks, though, there doesn’t seem to be such an organized group of helpers, and it sounds like visitors are treating national parks like their own personal Lord of the Flies-style anything-goes free-for-all.

So everybody keep in mind that 1) there are 417 National Park sites 2) 95% of the excrement will not be cleaned up 3) 5% will be cleaned up with a shovel and a bucket and 4) right now Forest Service gates are being ripped out of the ground and trees are being cut over for fun.

Without staffing because of the government shutdown, some national parks have been overwhelmed by trash, vandalism, human feces and destructive off-roading https://t.co/F0ngYV6khA

Visitors are streaming into the parks to take advantage of the free admission (after all, the visitors’ centers are closed and there’s no one around to collect entrance fees) and trashing the place once they’re in there.

Even in places like Joshua Tree, there’s only so much those dedicated volunteers can do. One volunteer, Sabra Purdy, told the Washington Post, “Once those port-a-potties fill up, there’s no amount of cleaning that will save them. At that point, I think I’m going to have to tap out.” Indeed, Joshua Tree is reportedly closing all campsites starting today.

Not closing the national parks when the Interior Department isn’t funded is catastrophically irresponsible. https://t.co/JYrGD1u6mX pic.twitter.com/Q6Xz43uvaU

Closing the parks will have a devastating impact on a lot of local businesses that depend on the tourism they bring in. A number of those volunteers working to keep the parks clean and therefore open as long as possible not only care about the parks but depend on them for their livelihood. Purdy and her husband run a rock climbing guide service that’s totally dependent on the park remaining open. “If we’d had to cancel all our trips and refund our customers’ deposits, we wouldn’t have been able to make payroll and our staff would have taken a huge financial hit,” she writes in another op-ed.

By leaving the park open, though, and not collecting entrance fees, Joshua Tree is losing an estimated $300,000 to $400,000 a day. They’d lose that money anyway if the parks were closed, but I can’t even imagine how much all the damage being done will cost to repair, and that’s if they even can be repaired. “Once conditions go downhill, they will be hard to restore,” writes Purdy.

And, of course, on top of all of this, there are the federal workers who aren’t even guaranteed back pay when the shutdown eventually ends, whenever that may be. Basically, there are no winners in this situation, except for Trump, who gets to be the center of attention in his own shutdown, and some jerks whose lifelong dream was to offroad in Yosemite or toss beer cans into some of the most beautiful landscapes in the world.