Trump Says He Has Tested Positive for COVID-19 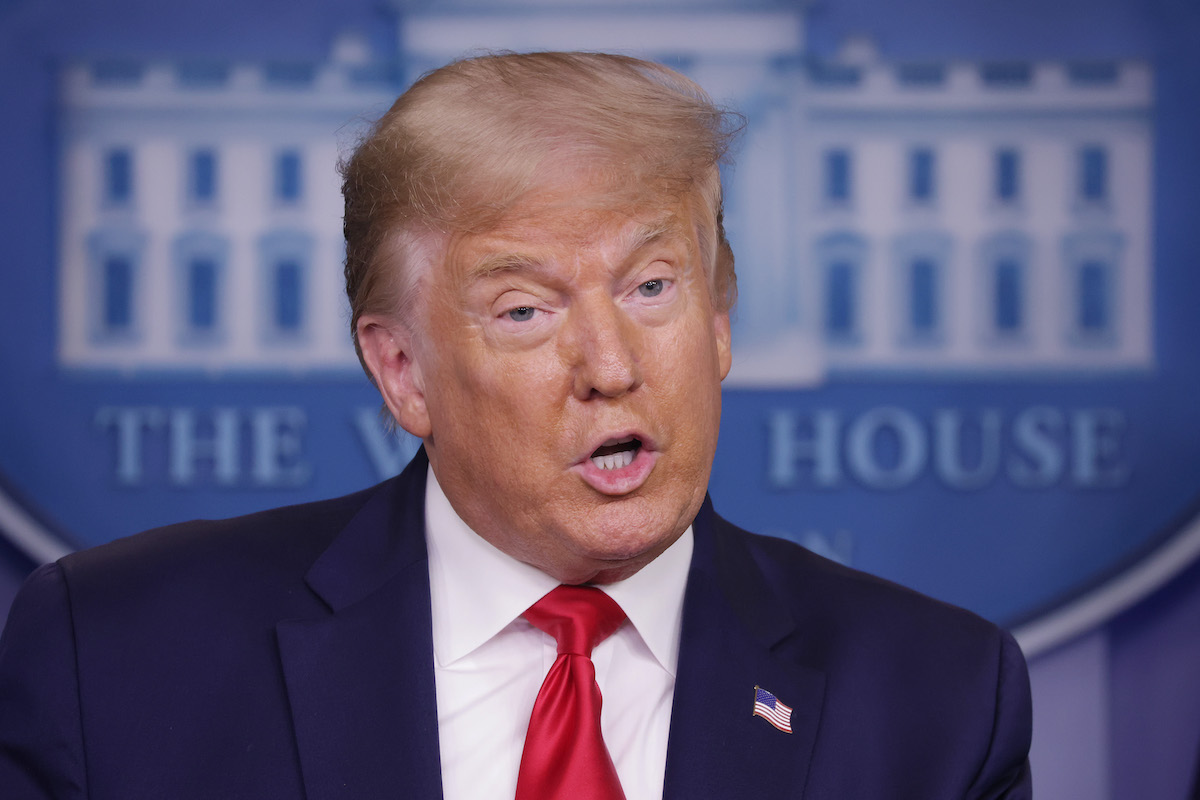 At 12:54 AM on Friday, Donald Trump tweeted that he and his wife Melania have tested positive for COVID-19. Trump’s tweet came hours after news broke that White House advisor Hope Hicks, who traveled with the President this week, received a positive test result.

Tonight, @FLOTUS and I tested positive for COVID-19. We will begin our quarantine and recovery process immediately. We will get through this TOGETHER!

As The Washington Post puts it, Trump’s positive test comes “after months in which he has played down a pandemic that has killed more than 205,000 Americans and sickened millions more.”

A quarantine for the President and the first lady had been announced on Thursday night in conjunction with the news about Hicks, but no mention was made of their test results until Trump, in typical fashion, decided to get ahead of the story in the early hours of Friday.

Trump’s continued flouting of basic precautions to help stem the spread of the coronavirus was still in effect even after Hicks’ symptoms became apparent. Per The Post:

After White House officials learned of Hicks’ symptoms, Trump and his entourage flew to New Jersey, where he attended a fundraiser and delivered a speech. Trump was in close contact with dozens of other people, including campaign supporters at a roundtable event.

Twitter is alight right now with reaction and speculation. The hashtag #TrumpHasCovid is a good place to start if you want to dip your toe into those waters.

coronavirus stand back and stand by

Waiting for a report that Biden has tested negative for Covid-19.

there are going to be so many godawful tweets tomorrow, so let’s at least take a moment to give thanks that it broke after most of the nerds had already gone to bed

The “he’s lying so he can miraculously recover and downplay the seriousness of the virus” take would make more sense if he hadn’t already downplayed COVID to catastrophic effect. This isn’t changing anyone’s mind at this point.

Republicans who spent months saying CoVid is just a cold.

“HOW DARE YOU MAKE FUN OF THE PRESIDENT’S COVID DIAGNOSIS, IT’S AN INCREDIBLY SERIOUS ILLNESS!!!!”

other reason i think tromp not faking: if bud said to chuck ‘i spend all day in crowded convention centers and playing golf with buds and shaking hands without a mask on also my assistant has coronavirus do you think this cough is just allergies?’ i would say NO ACTUALLY

I was so much younger when I wrote this tweet. https://t.co/66pUvu7pGF

y’all are doing the thing again with the “maybe he’s lying and maybe this is some 6D chess strategy” and giving him way, way too much credit

This is a developing story, and we’ll update as more information becomes available.