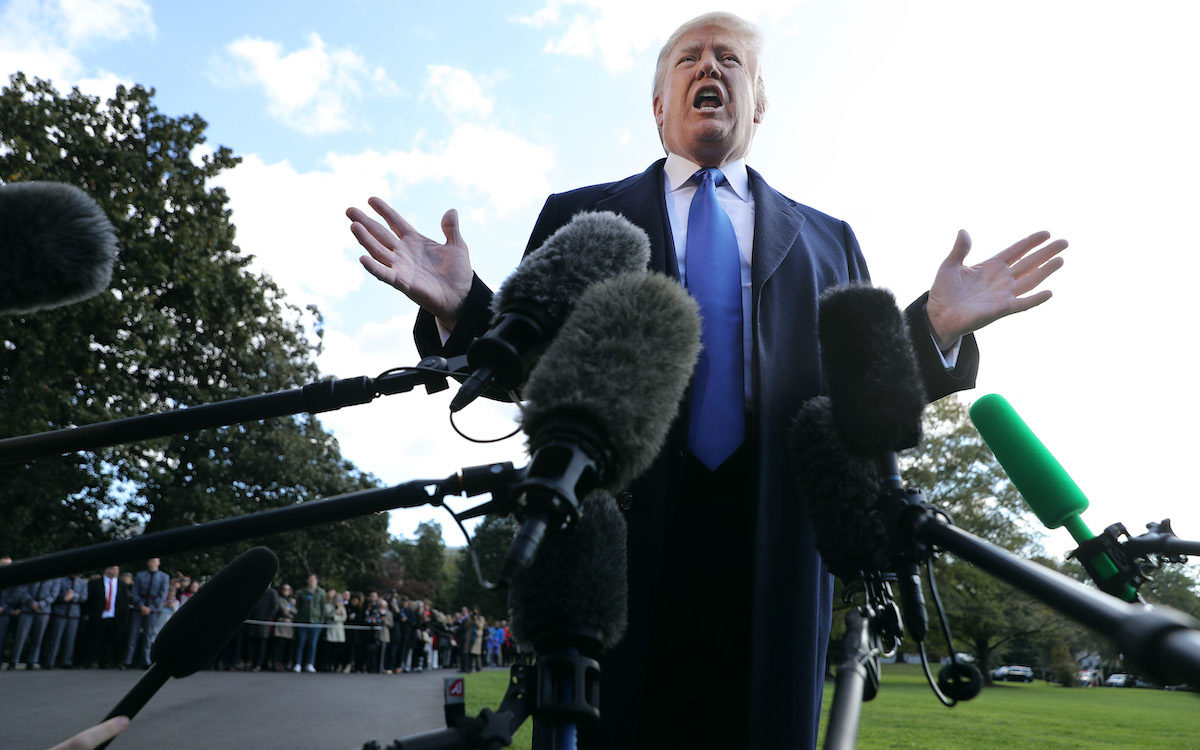 Since the impeachment hearings began, Republicans have made a huge deal out of their purported “secrecy.” They’ve accused House Intelligence Committee Chairman Adam Schiff of hiding things and said Republicans were being left out of the process entirely (despite the fact that there are nearly 50 Republicans on the committees involved who have an active role in the hearings). Last month, two dozen Republican lawmakers stormed a deposition they weren’t authorized to attend as a sort of meaningless, performative protest.

• Why don’t we know who the whistleblower is?
• Why is this so-called #impeachment “inquiry” being ran secretly in the basement of the U.S. Capitol?
• Why are the American people being left in the dark?@RepAdamSchiff owes us all answers. pic.twitter.com/1NZUqq9Fwz

The Democrats are trying to conduct their “impeachment” inquiry in secret.

The do it in secret, cherry pick and leak whatever furthers their narrative. Put it out there for all to see. https://t.co/6D46hKnWAp

(All of those were retweeted by Donald Trump, by the way.)

This outrage over “secrecy” is, of course, ridiculous. It’s not unprecedented, as the Republicans claim. Both the Clinton and Nixon impeachment inquiries had a mix of closed and open hearings. And the importance of closed-door interviews has been made very clear over the last few weeks. If the hearings were public, witnesses would have the opportunity to coordinate their stories. Instead, people like EU Ambassador George Sondland are forced to make major revisions to their testimony after subsequent witnesses made it clear he was doin’ a perjury.

But after weeks of the GOP whinging about secrecy, Adam Schiff has announced that public hearings will begin next week. So Republicans must be pretty jazzed, right? LOL, no of course not.

Remember when Republicans stormed the SCIF and complained that the impeachment inquiry was being conducted in private and demanded public hearings?

Now Trump says “they shouldn’t be having public hearings.” pic.twitter.com/wpA4oH642s

According to BuzzFeed, GOP Senators are also trying to distance themselves from the hearings:

Despite loudly criticizing the closed-doors secrecy of the impeachment inquiry, Senate Republicans widely say they will not watch the public hearings next week.

Some said they would be too busy, others cited a lack of faith in the inquiry itself. Sen. Richard Shelby argued it would be inappropriate to watch the hearings since impeachment will likely lead to a trial before the Senate.

Yes, that’s right, that’s an Alabama Senator saying it would be “inappropriate” to watch a hearing specifically designed to gather evidence for an impeachment he will eventually have to vote on.

Many more are saying they’ll be too busy to watch, which also doesn’t make sense since this is, again, about to become a big part of their job.

Lindsey Graham says he won’t be watching on principle because, as he said, “I think the whole process is a sham.”

As for Republicans in the House, they’re not doing too much better. Some are attacking Schiff’s choice of witnesses. That makes sense, since the first public witness will be Ambassador William Taylor, whose closed-door deposition involved a lot of very important and super incriminating testimony against Trump.

Star witness? Taylor said in depo he believed reason POTUS wanted Ukraine to investigate Ukrainians’ interference w/ the 2016 election & Burisma was just to get dirt on Biden. He later admitted to me his sole source of info was…wait for it…The NY Times. pic.twitter.com/Yj6DUlkit7

At least one of those House Republicans who is on a committee overseeing the impeachment inquiry hasn’t even been attending the hearings he’s been granted access to thus far. Rep. Ted Yoho of Florida says he hasn’t been attending the hearings (aka doing his job) because he doesn’t believe in their validity. “It’s 100% political,” said the man whose job is working in politics. “That’s why I haven’t gone down to any of the hearings. I’m truly convinced in three weeks this won’t even be talked about.”

This was never about a fight for access. It was always just a pointless temper tantrum because that’s the only tactic these people have left.