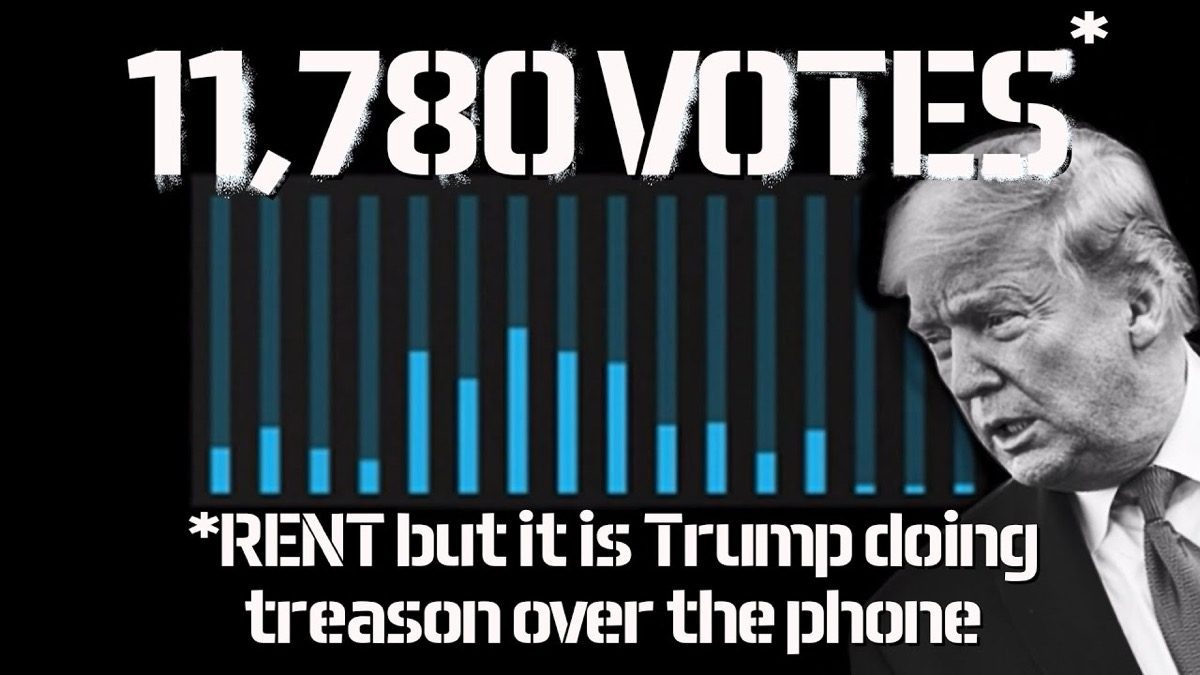 Donald Trump is now being memed using music from RENT, and honestly, everything comes full circle.

First, let me tell you the tale of the musical RENT. If you don’t know of this story of a group of friends struggling to survive in 1989 New York during the AIDs crisis, let me tell you: Once you watch the show, it never leaves you. Written by Jonathan Larson, the musical is a staple for fans of the theatre.

Every musical theatre kid has memories of driving around with your friends singing “La Vie Boheme” or singing “What You Own” at karaoke … okay that last one might be me and my friends, but still, the point remains: RENT never leaves us. Probably one of the most iconic songs from the show is “Seasons of Love.” Often used around the holidays and meant to remind us all of the beauty of life and taking each day as if it was our last, the song has been parodied famously in The Office, and now Trump got the “Seasons of Love” treatment.

Part of me wants to hate this because “Seasons of Love” is, when you’re not a musical theatre kid, a beautiful song. The problem is that when you do theatre and you’re in the musical (especially if you’re an alto like me) that song is….annoying at best. (Oh god the same not over and over again please save me.)

The Gregory Brothers, a musical comedy quartet, brought to life Trump’s incriminating phone call by setting it to the classic RENT song and honestly fine, whatever, here we go all over again.

For context, here is The Office’s version.

Okay fine, here’s the real “Seasons of Love” from the show.

Do I love this wonderfully weird meme? Yes, of course. It marries two of my loves together: jokes and musicals. But it is also a sad reminder of the pure nonsense that the current sitting president of the United States is spewing. Donald Trump doesn’t care about the American people. He cares about winning.

And that means requesting “finding” almost 12,000 votes so that he can “win.” Donald Trump existed in the world of RENT (because it is set in actual New York, after all), and he’d be the person Maureen Johnson would probably write a song about and criticize in one of her shows.

Whatever though, now I have another song to sing along to to the tune of “Seasons of Love,” and I’ve just resigned myself to the fact that I will never be free from this hold that RENT has on me. I do like using the show to make fun of Donald Trump, though. That can stay.