Don’t Worry, During the Coronavirus Crisis Trump Is Serious About Helping … the Oil Industry 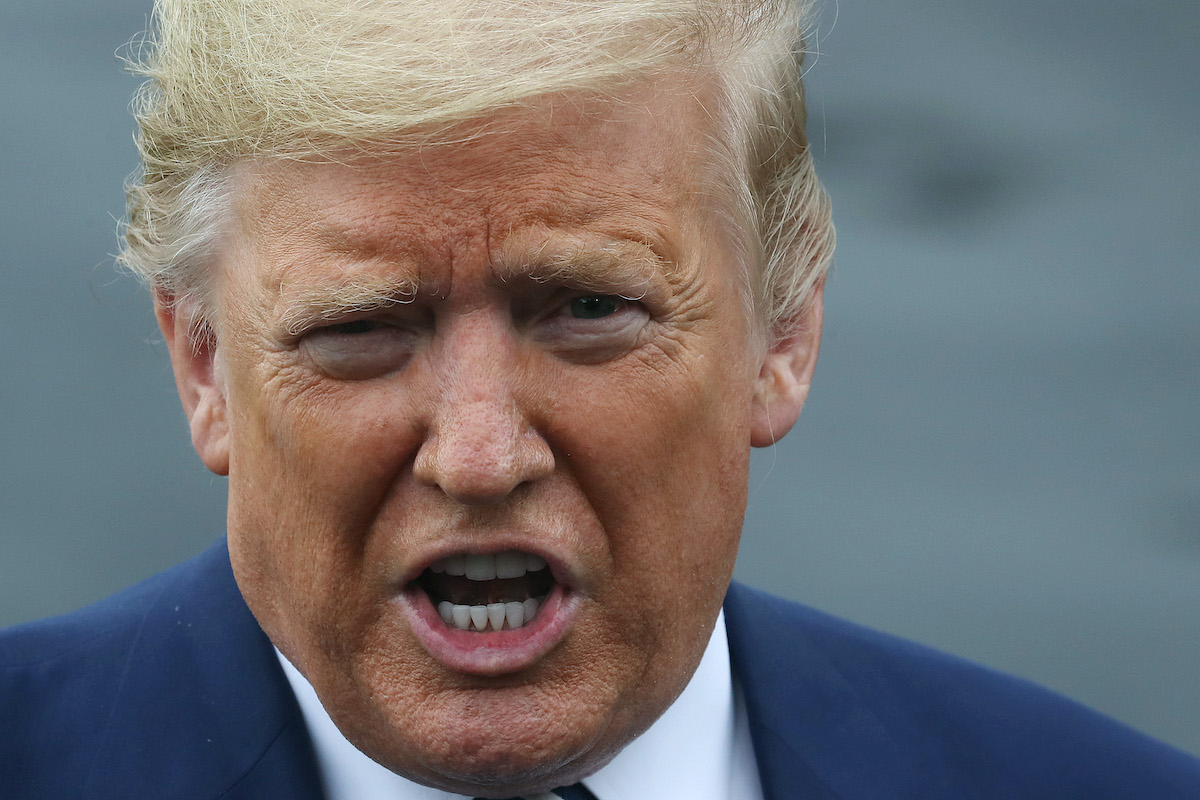 Donald Trump is definitely going to do something to help those who have been most affected by the economic downturn and growing panic over coronavirus. No, not the people worried about sick time or their job. He’s going to help out the oil and gas industry! We’re saved!

Yes, good ol’ Donnie isn’t worried about how social distancing will be affecting small businesses or the huge impact the virus had had on the economies of the cities that have been hardest hit, he’s more worried about the billionaire and polluters in the oil, natural gas, and shale industries.

According to The Washington Post, the Trump admin is “strongly considering” pushing for federal assistance for the oil and natural gas industries after in the wake of the downturn caused by coronavirus fears and a Russia-Saudi price war.

Wait, a what now?

Yes, indeed. While it may have been lost in all the coronavirus news, the huge declines in the stock market are not due just to that. The temporary shutdown on Monday wasn’t due (only) to the coronavirus. It was due to Saudi Arabia slashing the price of Oil, in a direct bid to screw with Russia. Why were they mad at Russia? Because Russia didn’t want to join with OPEC to artificially control the price of oil. Russia was, of course, doing this to hurt the US Oil industry.

When the Saudis cut their prices and oil dropped to its lowest price in decades, that triggered a sell-off which in turn triggered an automatic pause in trading when the S&P 500 fell 7%. All of this: bad for the economy, yes. The US Oil industry had been doing well, like many industries. But it’s these folks that Trump is keen to bail out now that things are looking bad.

The optics of bailing out the oil industry right now, with so many small businesses and regular Americans hurting and afraid, are horrible. But Trump doesn’t care. He wants to help folks like his buddy Harold Hamm, of Continental Resources whose $2.8 Billion net worth is taking a hit.

Will Trump help the other industries hit by the virus and downturn? Well, the cruise industry is not doing well, but Trump remains vague on a bailout there. Most Cruise companies are not based in America, for what that’s worth, which is one of the things that allows them to get away with paying few, if any, taxes and having less than awesome standards of safety and for employees. But they’re also hugely significant to the economy of Florida, which is an important electoral state, so Trump may lean in their direction.

Trump could bail out the hospitality industry though since that would put money into his own resort owning pockets. It wouldn’t be the first or last time he used his power and administration to enrich himself.

Trump has also proposed, rather than increasing money coming into the government to, ya know, help us fight the pandemic, extending a payroll tax cut through, of course, the election.

Trump’s bungling of this crisis on every conceivable level continues to be both frustrating and unsurprising. It’s almost as if letting a man who doesn’t understand science, government or even business run the county was a bad thing!