Did Trump Say We Should Nuke Hurricanes? | The Mary Sue

Nuking Hurricanes Is a Shockingly Stupid Idea, Even by Donald Trump Standards

This is how we're all gonna die, isn't it? 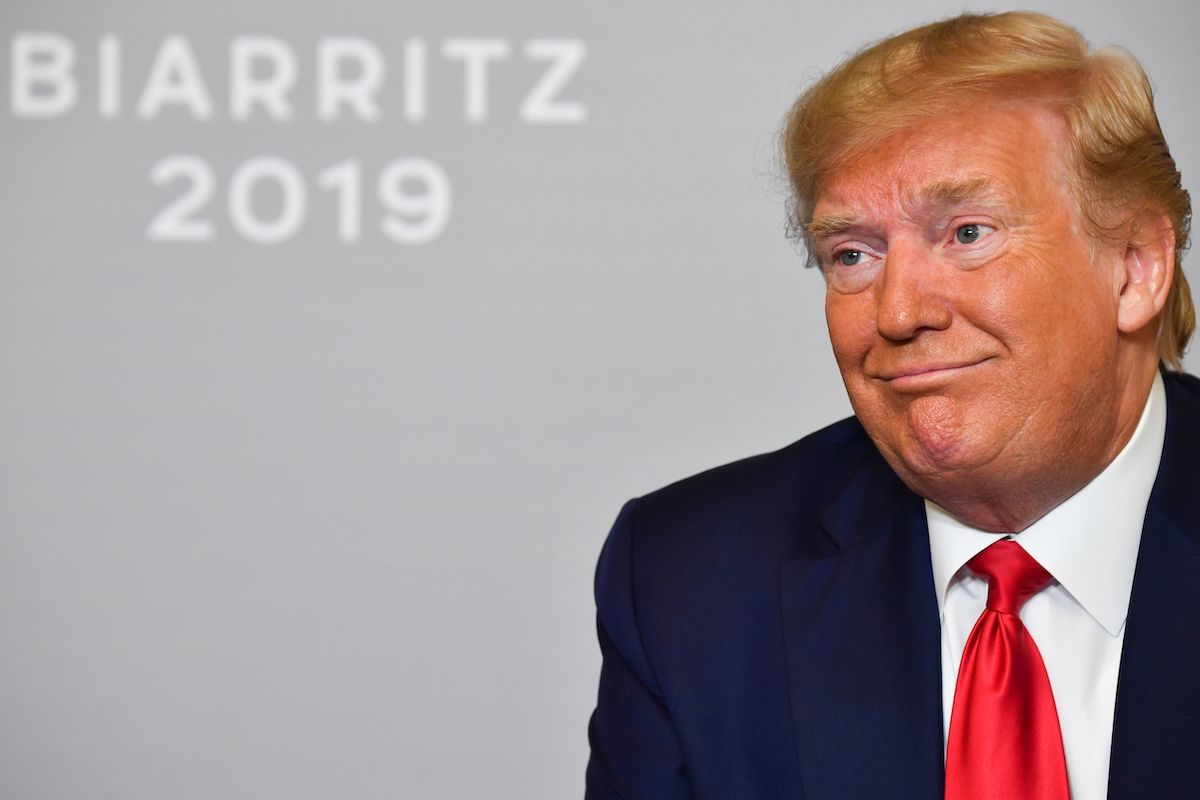 According to Axios, our Very Stable Genius of a President reportedly suggested multiple times to senior Homeland Security and national security officials that we try to stop hurricanes by attacking them with nuclear weapons. It’s like he heard about those people that tried to shoot a hurricane and thought, “I can do one better!”

According to one source who was in the hurricane briefing, Donald Trump said (paraphrasing), “I got it. I got it. Why don’t we nuke them? They start forming off the coast of Africa, as they’re moving across the Atlantic, we drop a bomb inside the eye of the hurricane and it disrupts it. Why can’t we do that?”

The source said that people in the room were thinking, “What the f—? What do we do with this?” but the briefer only said something along the lines of “Sir, we’ll look into that.” Because really, what do you do with that?

It should go without saying, but this is not a good idea.

We should not nuke hurricanes.

The National Oceanic and Atmospheric Administration (NOAA) has been saying this for years. They say that the energy released by a hurricane “is equivalent to a 10-megaton nuclear bomb exploding every 20 minutes” so a nuke is no match for that kind of storm. On top of that, the radioactive fallout “would fairly quickly move with the tradewinds to affect land areas and cause devastating environmental problems.”

Trump denies that he ever suggested nuking hurricanes, and you can tell he’s credible because he did so in the third person, a very normal and confidence-instilling thing to do.

The story by Axios that President Trump wanted to blow up large hurricanes with nuclear weapons prior to reaching shore is ridiculous. I never said this. Just more FAKE NEWS!

Personally, I believe Axios’ story. Mostly because it’s entirely believable. It’s no more idiotic than the things Trump has said about climate and science in public and on camera.

REPORTER: What do you think the world should be doing about climate change?

TRUMP: “I feel the US has tremendous wealth… I’m not going to lose that wealth on dreams, on windmills – which, frankly, aren’t working too well… I think I know more about the environment than most.” pic.twitter.com/tyIhuIpB7c

Asked what his climate message is at the G7, Trump falsely claims “we are right now having the cleanest air and cleanest water on the planet.” Neither claim is true. https://t.co/ZnRv3LXwOw pic.twitter.com/MgtijAwZDk

But Trump isn’t the only one coming up with terrible ideas for how to solve Earth’s problems. A group of designers has proposed a submarine that pops out mini-glacier “ice babies” in order to restore some of the ice sheets that have melted due to climate change. An … interesting idea, to be sure, but not the most practical.

One scientist told NBC News this is “like trying to save the sand castle you built at the beach using a dixie cup as the tide comes in.” Plus, there’s the question of how much energy it would take to build and operate a fleet of these subs and how much damage that would cause if fossil fuels are used.

The proposal was tweeted out by a Democratic caucus, praising its ingenuity. It’s not “nuking hurricanes” levels of bad, but it’s a reminder that Trump doesn’t have a monopoly on environmental WTFery.

The Democratic Party’s centrist caucus — which has openly criticized the Green New Deal for being unrealistic and unaffordable –is now tweeting out proposals “for an iceberg-making submarine that could produce 82-foot-wide, 16-foot-thick chunks of ice” to combat climate change. pic.twitter.com/BEbKOiZQU3