Racism, ego, or both? 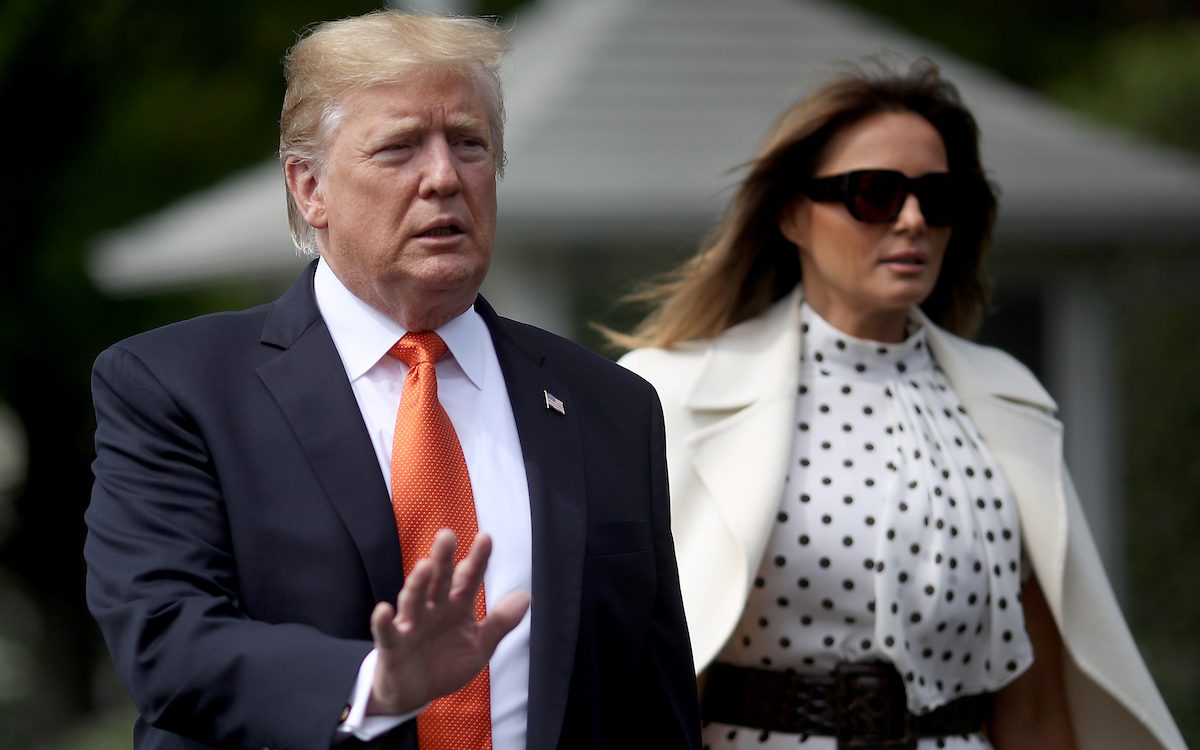 Donald Trump is apparently planning to break yet another longstanding presidential tradition and not attend the annual White House’ National Teacher of the Year ceremony. For more than 60 years, the president has attended the ceremony and typically presented the award to the honoree, who is chosen from a large pool of nominations made by students and colleagues.

At last year’s ceremony, Trump said, “Every president since Harry Truman has honored the National Teacher of the Year, and I’m proud to continue this tradition with this year’s recipient.”

That recipient was Mandy Manning, who was honored for her work teaching English to immigrants and refugees in Washington State. When she met Trump, Manning gave him a stack of letters from those students, which she later told the AP were meant to make “it clear that the students that I teach … are dedicated and focused. They make the United States the beautiful place that it is.” The letters were a message that “people in power, particularly the president, should be very careful about how he or anybody else in power communicates about our immigrant refugees and, frankly, any group of people.”

During the ceremony, Manning wore a number of pins, including one reading “Trans Equality Now,” one celebrating the women’s march (which was a direct response to Trump’s election), and a rainbow-print apple.

Trump really doesn’t like being anywhere where he knows he will be criticized. Hence his refusal to attend the White House Correspondents’ Dinner and his virulent disdain for press conferences. So Manning’s directness may very well be the reason why Trump isn’t risking a similar situation this year.

Of course, there’s another reason why Trump might not be attending this particular ceremony: plain old fashioned racism.

Donald Trump has chosen not to give out this year’s National Teacher of the Year Award, breaking a tradition that dates back to Harry Truman.

I’ll give you three guesses why, but you won’t need the other two. pic.twitter.com/Ha0uqXwNRG

Trump wasn’t scheduled to attend today’s ceremony honoring Rodney Robinson, who teaches at a juvenile detention facility and works to bring attention and understanding to the school-to-prison pipeline. He hasn’t tweeted about Robinson or mentioned him in any way.

Over the weekend, Trump did tweet his congratulations to the NFL’s #2 draft pick.

Congratulations to Nick Bosa on being picked number two in the NFL Draft. You will be a great player for years to come, maybe one of the best. Big Talent! San Francisco will embrace you but most importantly, always stay true to yourself. MAKE AMERICA GREAT AGAIN!

He did not, however, mention Kyler Murray, the first pick, who was picked by the Arizona Cardinals with a reported $35 million contract. Murray, as you might have guessed, is black. Bosa, on the other hand, is white. Bosa also has a history of tweeting racist messages and praising Trump, two of Trump’s own favorite things.

The tweets, which have since been deleted, describe Black Panther as the “worst Marvel movie”; describe Beyonce’s music as “trash,” and call former 49ers player Colin Kaepernick a “clown.” He was also criticized for “liking” many Instagram posts with racist and homophobic slurs.

Bosa has also previously expressed his support for Trump, tweeting that Reagan and Trump were “Goats,” meaning the “greatest of all time.”

We know Trump is racist. We know he’s thin-skinned. We also know that he doesn’t value teachers. It’s still disappointing to see someone like Robinson be so publically disrespected.

On the other hand, given the choice between meeting Trump and not meeting Trump, many of us would find the latter much more enjoyable. If only Betsy DeVos would also choose not to attend, Robinson could just be free to have a pleasant day at the White House without the burden of having to make conversation with those actively working to undermine his entire existence.