Donald Trump’s Post-Midterm Behavior Is Out of Control, Even for Him 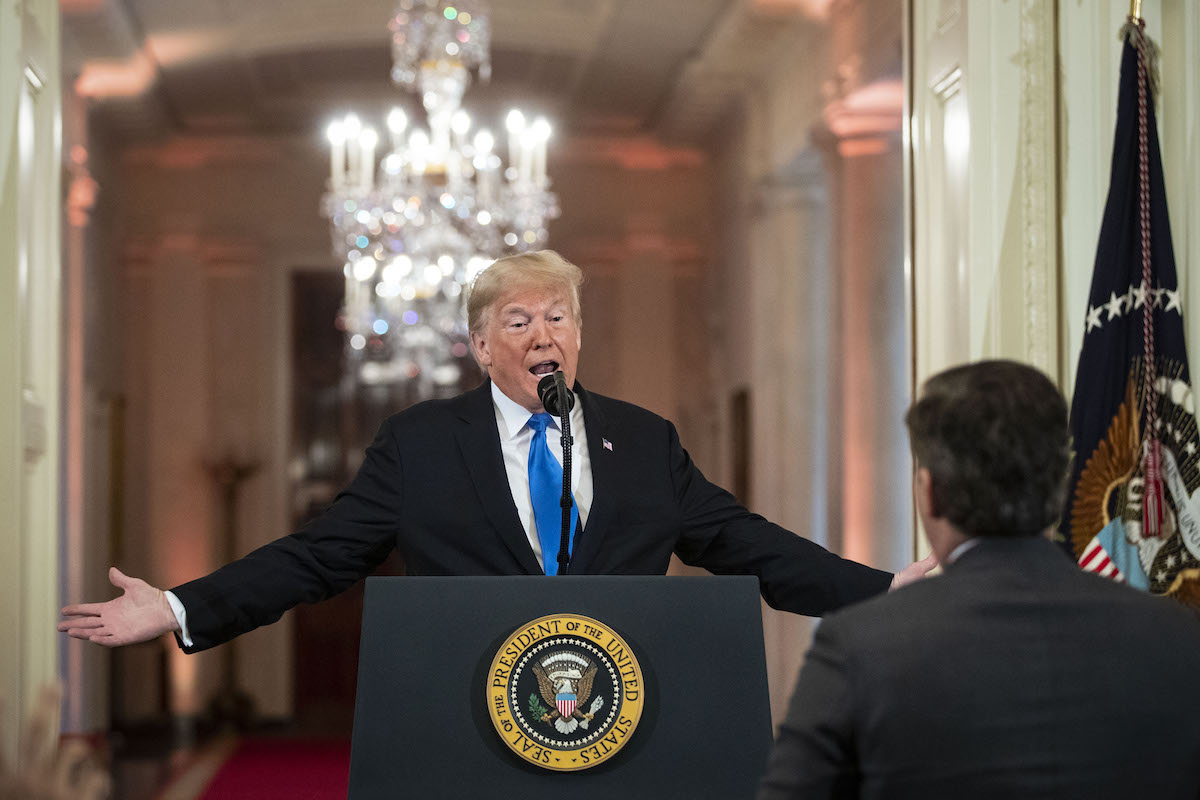 Following yesterday’s midterm elections, which saw the Democrats take control of the House while Republicans increased their majority in the Senate, Donald Trump’s words and actions are beyond atrocious, even by Donald Trump standards.

First, he started off the day by threatening the Democrats, basically saying that if Dems in the House support Robert Mueller’s investigation into foreign election interference, he’ll push to investigate Democrats in the Senate for … things.

If the Democrats think they are going to waste Taxpayer Money investigating us at the House level, then we will likewise be forced to consider investigating them for all of the leaks of Classified Information, and much else, at the Senate level. Two can play that game!

Then, to push this into full constitutional crisis mode, Trump asked Jeff Sessions to resign (aka fired him) as Attorney General. As a reminder, Trump has been super pissed at Sessions for recusing himself from the Russia investigation. Trump has also reportedly removed Deputy AG Rod Rosenstein from the investigation and appointed Matthew Whitaker as acting AG. Gee, I wonder why.

But that wasn’t all. At a press conference today, Trump fully lost it. This exchange between him and CNN’s Jim Acosta is … I actually don’t even know how to describe it.

If you can’t bring yourself to watch it, Acosta asked Trump about his repeated claims that immigrants and refugees constitute an “invasion,” when Trump responded, “Honestly, I think that you should let me run the country. You run CNN. And if you did it well, your ratings will be much higher.” Because everything is about ratings to him.

It got worse from there. Trump tried to move on, but Acosta insisted on asking about the Russia investigation. Finally, Trump snapped.

Through all of this, an aide was trying to forcibly take the mic away from Acosta, which he wouldn’t give up.

Trump then called on NBC’s Peter Alexander, who started by saying, “In Jim’s defense I’ve traveled with him and watched him, he is a diligent reporter who busts his butt–”

And Trump interrupts him, saying “I’m not a big fan of yours either, to be honest. You are not the best.”

Acosta then stands up and says something (it’s a bit inaudible since he doesn’t have the mic) about Trump’s labeling of the media as the “enemy of the people” and the pipe bombs sent to CNN.

Here is CNN’s response, calling his attacks on the media “disturbingly un-American.”

During the same press conference, PBS Newshour’s Yamiche Alcindor asked what Trump thought of the belief that he and the Republican party are bolstering white nationalism, which he called a “racist question.” (He said that before she’d even been able to actually finish her question, btw.)

He also repeatedly told April Ryan to sit down in an incredibly condescending tone, like he’s talking a misbehaving preschooler.

Trump repeatedly tells April Ryan to “sit down” when she tries to ask him a question pic.twitter.com/6Th5pBxQtU

Also, there is this bizarreness that Trump has trotted out before, which still continues to be weird.

Trump: Obama caused the annexation of Crimea…
Reporter: Sir, Putin annexed Crimea
Trump: No. It was Obama who allowed it to happen
Reporter: It was actually Putin in Russia…
Trump: Actually it was Obama. Had nothing to do with me. Next question.

In all, today was a LOT, even in Trumpworld.